Legal cases undermine democracy, harm the poor and sidetrack us from smarter ways to fix the climate 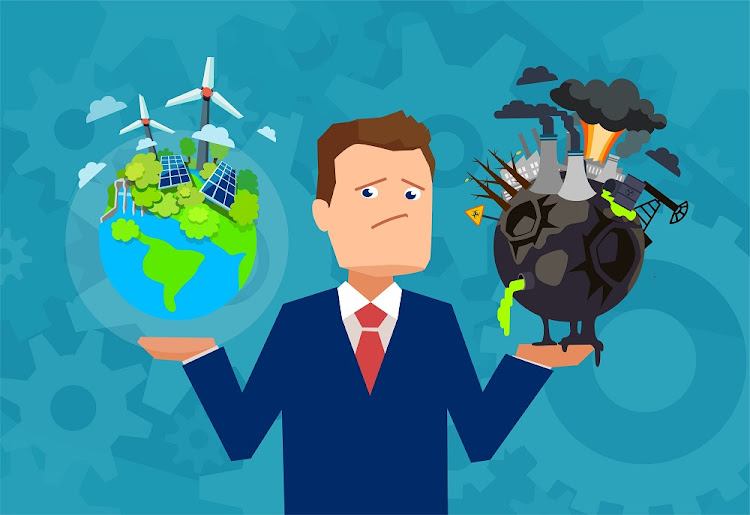 Despite intense climate worries, electorates have been unwilling to spend the trillions needed to cut emissions dramatically. That is why climate campaigners are pursuing a new strategy: forcing climate policy through courts.

Across the world, the UN now counts at least 1,550 such climate cases in 38 countries, often filed by young people invoking a fear for their future. Unfortunately, such cases undermine democracy, harm the poor and sidetrack us from smarter ways to fix the climate.

Since the beginning of climate negotiations, it has been hard to compel governments to make large promises and deliver on them. The UN estimated just before Covid that despite immense climate focus, the world’s actual emissions were indistinguishable from a world without climate policy.

This is because strong climate policy is enormously expensive and delivers minuscule climate benefits. US President Joe Biden has promised to spend $500bn annually on climate policy. Yet, his much-lauded pledge to double Barack Obama’s promised reductions, even if fully delivered and maintained throughout this century, will provide little climate benefit. Run on the standard UN climate model, Biden’s new promise will at best reduce global warming by 0.04°C by the end of the century.

Moreover, it is difficult to keep consistent majorities voting for expensive climate policies. Biden’s promises cost every American $1,500 a year, whereas surveys show that most are unwilling to pay more than $24 a year. This is unsustainable, just as a French eco-tax in 2018 led to years of yellow-vest protests and an eventual scrapping of the tax.

Victorious court cases, however, as in the Netherlands in 2019 or Germany last month, can circumvent the political process and force stronger climate policy than governments have chosen.

Many cases rely on a story of climate change robbing young people of their future. This is the standard alarmist media account, reinforced by politicians claiming climate to be an “existential threat.”

But the UN Climate Panel does not support such alarmism. It confirms that climate is a problem, but impacts are far from cataclysmic. In its latest report, it finds that the damage from unmitigated climate change will cost the world 2.6% of GDP by 2100. By then, the UN expects the average person to be 450% as rich as today. Negative climate impacts mean we will only be 438% as rich.

Despite climate change, young people’s lives worldwide will be vastly better in 2100. In the UN’s scenarios for the 21st century, people will live longer, be better educated and have more resources available to enjoy life while tackling unforeseeable and foreseeable challenges, including climate change.

In this light, climate court cases are not last-ditch efforts to compel democracies to ensure a liveable planet. Instead, they simply shortcut the pesky democratic process to ensure the spending preferences for a subgroup that could not get a majority to vote for their proposals.

This undermines democracy. Society is about navigating collective wants much larger than the available resources, and voting is how we square that difficult circle. Well-meaning activists shortcutting those trade-offs is essentially a way to force climate action at the expense of all other worthy goals. And for well-meaning judges across the rich world to play along is opening a Pandora’s box for all sorts of litigation. Why shouldn’t thousands of other special interests bypass democracy and appeal directly to the courts to deliver their preferred outcome, from pot-hole-free roads to abundant teachers for children and access to even the most expensive cancer drugs?

Moreover, this approach fails the poor in both wealthy and developing countries. For many, energy is already becoming unaffordable. In rich countries, such as Germany, power prices have doubled over the past two decades, leaving upwards of 30% of households in energy poverty. In developing countries, billions of poor are unable to pay for reliable energy access. Studies show that implementing the Paris Agreement will keep more people in poverty in 2030. Ramping up climate policies in court will mean even more people left in poverty because of slower economic growth.

The vast majority of climate cases are based in the rich world, where cutting emissions will have little impact. Even if the entire rich world ended all carbon dioxide emissions tomorrow, with immense misery and poverty to follow as everything grinds to a halt, it would reduce warming by just 0.4°C in 2100.

This is because three-quarters of the rest of this century’s emissions come from developing countries, which have much more critical demands for development out of abject poverty.

Only the rich and well-meaning are willing to pay significantly more to cut their emissions a bit, and court cases simply reinforce that.

If we want to reduce emissions dramatically, we must switch our spending towards investing more in green innovation. If we could innovate future green energy to become cheaper than fossil fuels, everyone would switch. Investing in green research & development will be much more palatable for electorates, as it is cheaper and doesn’t harm the poor. And it could actually help us fix climate change.

• Bjorn Lomborg is president of the Copenhagen Consensus and visiting fellow at the Hoover Institution, Stanford University. His latest book is ‘False Alarm: How Climate Change Panic Costs Us Trillions, Hurts the Poor, and Fails to Fix the Planet’.

SA’s carbon emissions are among the top 10 globally, report says
Business
6 months ago

Storage solution could be a saving grace for SA, but it is thought to be a decade away from commercialisation
National
8 months ago

NEVA MAKGETLA: SA will be forced to kick its coal habit

NEVA MAKGETLA: SA will be forced to kick its coal habit