‘Free jabs?’ Ouch, no thanks. ‘Your vaccination is reserved for you?’ Yes, please

Loss aversion is the most effective strategy to encourage vaccination, behavioural linguistics shows 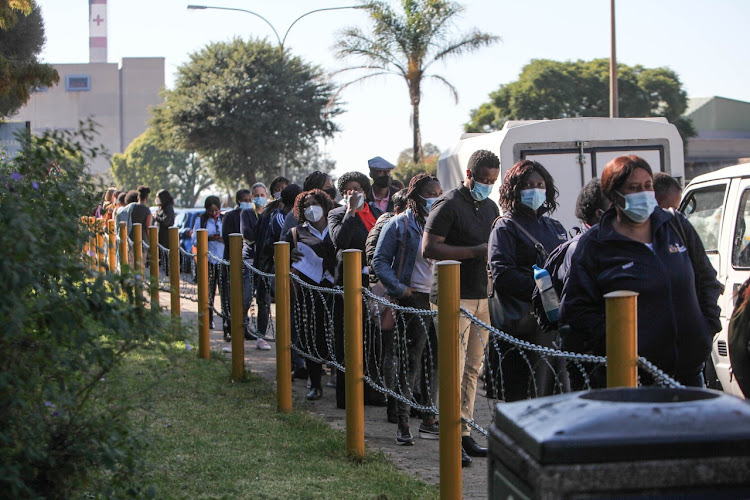 Would you get vaccinated for 365 Krispy Kreme doughnuts? What about a free bag of weed? When most countries of the global north started their vaccination drives and hoarding, one key question was on everyone’s mind: how can we encourage people to get their shot?

What this meant for early vaccine rollouts were nudges (and incentives) to encourage this adoption. Pharmacies in the US gave out free cups of coffee, while Israeli bars offered free drinks (plus pizza in the vaccine queues). Doughnut company Krispy Kreme pledged a doughnut-a-day to anyone who got vaccinated, and in Moscow you got free ice-cream. Yankee Stadium — converted into a mass vaccination site — handed out limited-edition baseball trinkets, and some restaurants in Dubai even took 30% off your dinner bill if you showed proof of vaccination.

While it was by no means a strategy to tick the behavioural box of scarcity (which drives desire), SA’s slow rollout of vaccines means that as we start the vaccination drive this week we might be one of the lucky nations that do not need to persuade citizens to take their vaccine.

As South Africans saw the rest of the world getting access to this life-saving medication, stayed up past midnight to watch aircraft land at OR Tambo with vaccine cargo, and joined the state’s electronic vaccination data system and Discovery Covid-19 vaccination portal in the hopes of being added to the vaccine “waiting list” quickly, the percentage of South Africans who plan to get vaccinated moved from 52% (October 2020) to 64% (January 2021) and 71% (May 2021).

Work done globally on vaccine adoption is increasingly focusing on communication, particularly the use of behavioural linguistics, which uses language to drive action and help change mindsets. “Get your jab for community immunity” may sound effective but is proving not to be the reassuring or persuasive message people need to hear. “Jab” and “shot” are words linked to pain, aggression and even violence. The crucial thing about language is that words matter, and even if we hear or read these words on a subliminal level, our experience of them — and our subsequent thoughts linked to vaccinations — can become negative.

‘Jab’ and ‘shot’ are both words linked to pain, aggression and even violence.

A megastudy of text-based nudges in the US encouraging patients to get their flu vaccine showed interesting language patterns. The message framing, using key principles from behavioural linguistics, aimed to see what wording was more likely to drive adoption. SMS options trialled were: “Don’t forget your flu shot”; “Protect yourself with a flu shot”; “Protect others with a flu shot”; “Getting a flu shot makes you healthier”; “Watch this video about the benefits of flu shots”; and “Remember to ask for your flu shot”.

Surprisingly, none of these had much bigger uptakes than the rest. Instead, the most successful communication ultimately was the simple message: “You have a flu vaccine reserved for you.” This is linked to an inherent behavioural pull we all experience in some way or another: loss aversion.

If something is reserved or waiting for us it means it’s already ours, and we don’t want to lose something that belongs to us. By framing the message in this way people want to claim their vaccine — immediately giving them more agency in that they are making an active choice to “take” what they perceive to be theirs, rather than the passive outcome of routinely being “given” something freely available.

Another interesting behavioural nudge in this space is the use of social norms. It is well known that we are more likely to “follow the herd” and do what others are doing. What is proving most successful with regard to social norms is the concept of dynamic norms.

Work done by the “Godfather of Influence”, Robert Cialdini, showed that people are more likely to act on something if there is an upward trend of more people taking the same action over time. His example showed that if three months ago vaccine adoption was at 20% and two months ago it had increased to 50% and then to 70% this month, people who may have previously been hesitant would be far more likely to join the herd.

What has become apparent with the vaccination rollouts is that human behaviour continues to be predictably irrational — a term coined by Dan Ariely, who has spent decades researching the link between our decision-making abilities and how these align to our ultimate best interests (spoiler: most of the time they don’t).

If a year’s worth of doughnuts will nudge people to get vaccinated, we should be all for it. Here’s hoping you’re at least part of Discovery’s Vitality programme, which rewards you for getting active at the same time.

• Crymble is a doctoral student at the University of Witwatersrand specialising in behavioural linguistics.

Health-care workers have been turned away from sites that ran out of jabs as doctors’ families and people in administrative jobs ended up getting ...
Opinion
3 weeks ago

True anti-vaxxers probably won’t budge, but fence-sitters might be persuaded
Opinion
3 weeks ago