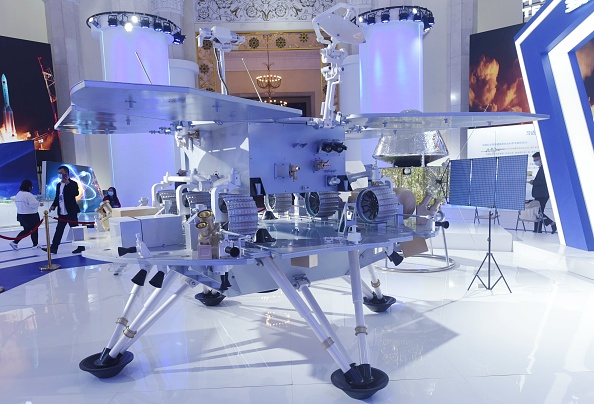 About 50 Mars missions have been launched globally since 1960. Yet more than half have failed to reach the planet about 55-million kilometres from Earth. So after China’s Mars probe, Tianwen-1, was launched on July 23 2020 there was an anxious wait to learn its fate.

The news that the craft carrying exploration rover Zhurong landed safely on the surface of the planet on Saturday has therefore been met with both relief and celebration in the country. That the landing was carried out exactly as planned has made China the latest member, after the US and Russia, of the club of the world’s pioneering Martian explorers, and shows the reliability of the relevant technologies that China has developed on its own.

Though the first Mars mission of the country, it was a bold undertaking: to complete orbiting, landing and roving in one single mission. It is that can-do spirit of self-reliance that has played a big role in China’s scientific and technological development in recent decades, despite foreign countries’ attempts to thwart its progress in this regard.

China made its early breakthroughs in rocket and space technologies with its own scientists, engineers and scientific workers, starting from the 1960s under difficult conditions when it was largely a backward agricultural country and faced foreign blockades of technology and materials.

Thanks to the hard work and sacrifices of generations of scientific workers, China has laid a solid foundation for the fast development of its aerospace industry and achieved one milestone after another in its space endeavours, including manned space flights, lunar exploration and its BeiDou Navigation Satellite System.

Late in April China sent Tianhe, the core module of its future space station, into space, kicking off a series of launches that will complete the construction of the station around 2022.

All these achievements have contributed tremendously to the peaceful use of outer space, and to the common good since many projects China has initiated with other countries in agriculture, climate change, disaster prevention and reduction and ecological preservation, are based on them.

During its Mars mission China worked with European partners and others. In the human space odyssey it will, with enthusiasm, diligence and willingness to co-operate, help propel humankind to travel faster and farther. /Beijing, May 16

The Mars rover could provide a public-relations boost to President Xi Jinping’s government after the crash of debris from a Chinese rocket in early ...
World
4 months ago

Nasa sort of started it, but it took the private sector, notably SpaceX, to make commercial space tourism viable, and it’s starting in 2021
Opinion
4 months ago