But the replacement of human workers by robots is not happening in the way, and to the extent, expected 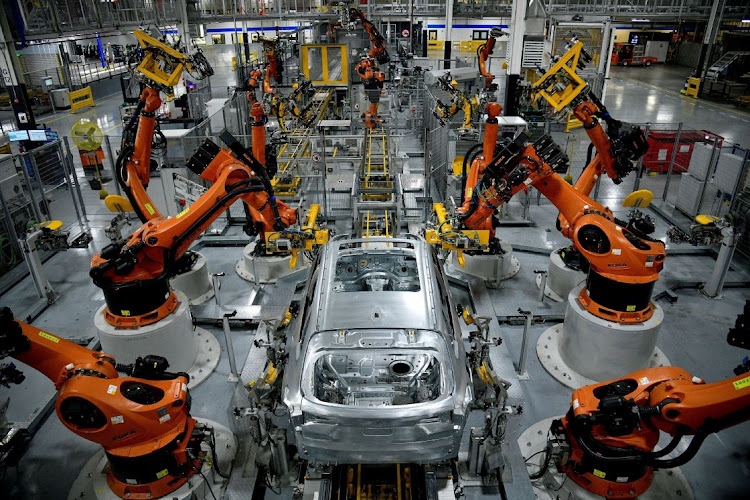 A few weeks back the Economist magazine ran a number of articles on technology’s impact on the workplace, quoting new research that suggests the technological destructive wave is unlikely to be the job killer many suggested.  That may be the case for many sectors, and new and emerging ones, but in the manufacturing sector — a traditional bulk supplier of jobs — I am not so sure.

Five years ago I was part of a team that looked at how technology was affecting big sectors in South East Asia. We looked at electrical/electronics; textile/clothing/footwear; automotive; and retail. These sectors were specifically chosen as they were considered high employment sectors.

The headline from the study was that the sectors with lots of low-skilled jobs, namely textile/clothing/footwear and electrical/electronic, were vulnerable to job destruction as they entail mundane and repetitive tasks. Robots and automation processes were now cheap and easy enough to displace workers.

In the past factory owners were reluctant to use industrial robots because they were considered expensive, lacked reusability (as they were custom made), had a short product life cycle and, critically, it was still possible to find labour prepared to work for wages low enough to do an equivalent robotic job. Our study found that all of those factors had changed.

However, this was only part of the story. We noticed that in all sectors technology had the potential to eliminate many jobs (in particular low-skilled jobs) but not necessarily destroying jobs at the rate we assumed.

Our study showed that on assembly lines, artificial intelligence (AI), automated guided vehicles, data analytics, flexible feeders, predictive maintenance, programmable logic controllers, remote diagnostics, robots and sensors all dramatically reduce the need for humans, but not totally. I recall one factory owner saying that she could invest in robotics to replace workers but the investment was irreversible, and that robots cannot be redirected as easily to do other tasks, but her workers could.

In 2018 Elon Musk came to the same conclusion, tweeting that “excessive automation at Tesla was a mistake ... humans are underrated.” While there are examples of largely workerless factories — in late 2020 Chinese giant Xiaomi launched a fully automated factory for smartphones — factories will mostly still need workers but these will be higher skilled and often working collaboratively with robots.

There is no doubt that Covid-19 will have a further transformative impact on manufacturing. The drawbacks of global webs of complex supply chains became clear as the lack of critical components shut down production.

According to a McKinsey survey (October 2020) three “unknown knowns” have been revealed. First, disruptions are not unusual, so plan for them. Second, cost differences among developed and many developing countries are narrowing for manufacturing companies, driven by new technologies. Third, businesses need to know more, beyond their tier one suppliers. These three issues, coupled with the political zeitgeist to limit manufacturing exposure in main sectors (health care for example), are critical factors pushing reshoring of operations to home markets.

There are indications that this is already happening. In the US manufacturing Purchasing Managers Indices (PMI) are surging (but not necessarily job numbers).  There are about 12-million US workers in manufacturing, but look at where these manufacturing jobs are  — aerospace, pharmaceutical & medical, semiconductors, all high-skilled. One of the few subsectors with a higher mix of medium-skilled workers, automotive has seen a steady decline in job numbers, driven by technology.

Promoting manufacturing is popular with governments in Africa because it is seen as a big job creator, and since 2010 job numbers have increased. Manufacturing in SA is holding up well, with the Absa PMI showing a consistently good outlook, notably with regard to employment growth. If the African Continental Free Trade Area actually gets a fair wind, these numbers could grow, spurring intra-African trade from its dismally low numbers. There is a huge, Africa-wide market for everything from saucepans to bakkies.  Commodity-based manufactures, such as food processing, wood & paper products and basic metals, could all see intra-African growth opportunities.

Furthermore, there are still good reasons to target global manufacturing supply chains. Despite the above-mentioned pull factors back to home markets, there are compelling reasons for global companies to maintain dispersed operations near fast-growing consumer markets or tapping regionalised expertise.

That is why the decision by Ford to invest R15bn in its SA operations, coming when it did earlier this year, is such good news. Despite the often gloomy depictions of SA as an investment location, a big global player such as Ford has been convinced that this is not the case. It must also be confident it can source the skills that will be needed.

As we move into the post pandemic landscape and seek to either attract overseas investors or produce home-grown manufacturing success stories here, skills are going to be the main ingredient.

• Rynhart is a specialist in employers’ activities with the International Labour Organisation, based in SA. He is author of 'Colouring the Future: Why the UN Plan to End Poverty and Wars is Working’.

After all, the policy changes required to cut carbon emissions are less disruptive than the measures needed to tackle Covid-19
Opinion
1 month ago

Despite the cynics, sustainable development goals have made the world a better place, and more can be done
Opinion
1 month ago

Ireland went from civil war to prosperity by focusing especially on education, stability and certainty
Opinion
2 months ago
Next Article