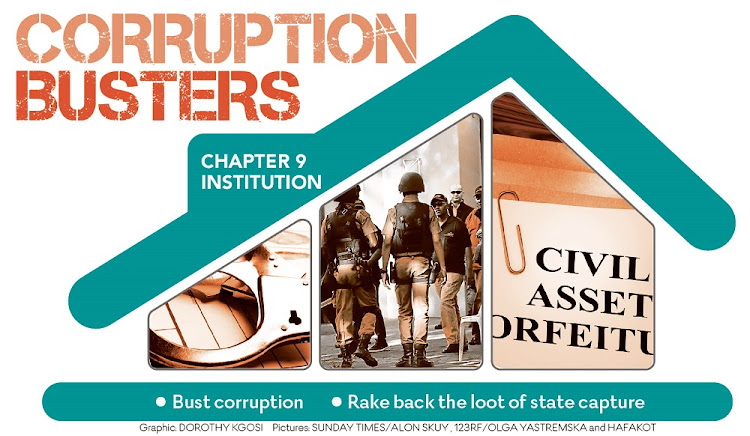 With the Zondo commission reaching the end of its work on the attempted and partial capture of the state during the Zuma era, attention is turning to the reform of the criminal justice administration with a view to avoiding a repetition of the cronyism, patronage, looting and kleptocracy that marked that era.

Before Zuma, SA had the Directorate of Special Operations, better known as the Scorpions. This unit within the National Prosecuting Authority (NPA) was closed down in terms of a resolution taken the moment Jacob Zuma took control of the ANC in 2007. Good Scorpions resigned in droves before the highly contested legislative process ended in 2009. In April 2008 Gwede Mantashe explained to Helen Zille, then leader of the DA, that the Scorpions had treated the ANC “like the enemy”, that he viewed its investigation of Zuma as “an abuse of power”, and bluntly indicated that the ANC wanted the Scorpions disbanded because they were “prosecuting ANC leaders”.

The investigative work of the Scorpions was transferred to the Hawks, a mere police unit created to concentrate on the investigation of priority crimes. It is now common cause that the Hawks are not up to the task of investigating grand corruption. A temporary, and probably unconstitutional, workaround solution has been devised via the establishment by presidential proclamation of the Investigating Directorate (ID) of the NPA. With a five-year term limit and plagued by saboteurs, capacity constraints, understaffing and severely under-resourced, the ID has fared somewhat better than the Hawks, but still no cigar.

Reform of the criminal justice administration to better equip it for grand corruption busting is urgently required. First out of the blocks was the Constitutional Court. In the course of the trilogy of Glenister cases it laid down, in binding terms, the criteria for effective and efficient corruption busting. A specialised entity made up of dedicated and trained operatives who are independent and properly resourced and who enjoy secure tenure of office is the distillate of the decisions of the highest court in the land on the topic of countering the corrupt. These criteria have become known as the “Stirs” requirements.

The combination of Hawks (for investigations) and the NPA (for prosecutions) has not proved successful, nor is it compliant in practice with the requirements laid down in law in the relevant judgments. That Zuma has yet to plead to the Schabir Shaik-related charges investigated by the Scorpions is telling. That he has not been charged for decapitating the NPA by his illegal “recall” of Mxolisi Nxasana after the laying of charges in 2015, and has enjoyed impunity for the Nkandla debacle despite charges being laid in 2013, tells you all you need to know about the efficiency of the current system.

Accountability Now wrote to President Cyril Ramaphosa after his 2019 state of the nation address pleading for reform of the criminal justice administration. First to respond to the plea was the national executive committee of the ANC. On August 4 2020 it resolved to instruct the national cabinet urgently to establish a permanent, stand-alone, independent single agency to “deal with” corruption. Nothing further has been heard in public about this resolution, which is remarkably faithful to the criteria laid down by the courts of chief justices Sandile Ngcobo and Mogoeng Mogoeng. The latter put it thus: “We are in one accord that SA needs an agency dedicated to the containment and eventual eradication of the scourge of corruption. We also agree that that entity must enjoy adequate structural and operational independence to deliver effectively and efficiently on its core mandate.”

In his most recent state of the nation address in February 2021, Ramaphosa announced, with no sense of urgency, that: “We will shortly be appointing the members of the National Anti-Corruption Advisory Council, which is a multisectoral body that will oversee the initial implementation of the strategy and the establishment of an independent statutory anti-corruption body that reports to parliament.”

The National Anti-Corruption Strategy published in March 2021 takes matters further by conceding the necessary constitutional status of the new body, albeit in ambiguous terms. The proposed advisory council is wholly unnecessary as the courts have spelt out what is required in pellucid terms. Nothing further has been heard about the council, which can be regarded as a good thing.

The DA is known to be working on draft legislation and a constitutional amendment that, if adopted, will lead to the establishment of the best practice form of implementation of the court rulings — a new “chapter 9” institution to prevent, combat, investigate and prosecute grand corruption in all its forms. The IFP has been badgering the president to form just such a body since March 2019. When first made, this suggestion was regarded as a “refreshing idea”, which the president undertook to mull over before acting.

The Scorpions lacked secure tenure of office. It was both created and dissolved by a simple majority in parliament. To ensure secure tenure something more than ordinary legislation is required. The notion of housing the new corruption busters in chapter 9 is based on the constitutional fact that they would not be vulnerable to the fate of the Scorpions; a two-thirds majority is required to tamper with the institutions  set up in chapter 9 to bed down constitutional democracy in the new SA. The NPA is too broken to be a suitable home for the new unit.

That corruption is a threat to the constitutional project in SA is beyond doubt. Then deputy chief justice Dikgang Moseneke and justice Edwin Cameron, writing for the majority in Glenister II, observed: “There can be no gainsaying that corruption threatens to fell at the knees virtually everything we hold dear and precious in our hard-won constitutional order. It blatantly undermines the democratic ethos, the institutions of democracy, the rule of law and the foundational values of our nascent constitutional project. It fuels maladministration and public fraudulence, and imperils the capacity of the state to fulfil its obligations to respect, protect, promote and fulfil all the rights enshrined in the bill of rights. When corruption and organised crime flourish, sustainable development and economic growth are stunted. And in turn, the stability and security of society is put at risk.”

Their words, written in 2011, accurately describe the fate SA has escaped by a hair’s breadth in the period since then. They painstakingly laid down the criteria by which to measure the effectiveness and efficacy of anti-corruption machinery of state. It is high time that their “Stirs” criteria are put into practice in SA. The best way to do so is to establish a chapter 9 institution dedicated to busting the corrupt and raking back the loot of state capture.

The Scorpions have shown that we have the skill and talent to do the work necessary. Had they been given the secure tenure of office now required by law, the history of the Zuma era may have been very different from the ravages of corruption that have been endured.