Doing away with ‘strike season’ could lead to more elegant solutions 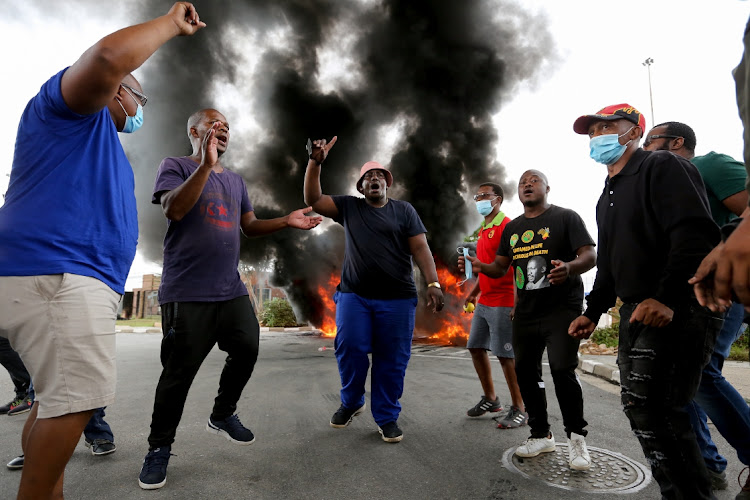 In a strike no-one really comes out a winner, says the writer. Picture: WERNER HILLS

In many countries, particularly SA, the ability to organise a strike is where a union best demonstrates its strength.

It is the ultimate touchpoint where members feel they derive true value from their membership fees. It’s how members test their unions, and the success of the negotiations that follow provide the ground on which members are gained or lost.

As a result, strikes have become so much a part of negotiations between employees and employers in SA that we even have a season for it during April and May. This time of year is historically when salary negotiations take place, and it is invariably characterised by major strike action.

The question that now arises is: given that we “lost” one season due to the pandemic in 2020 and the chances are the same will occur this year, how have negotiations taken place? And, if they have been concluded successfully, will we see a change in the role of trade unions going forward?

While there is much debate about what a return to normality will entail, it appears that at least for the foreseeable future unions are going to have to reinvent themselves, because their bread and butter comes from strikes and the results they bring. As it is, of the 3-million South Africans who have already lost their jobs due to the pandemic most were blue-collar union members, and the majority of these will by now have given up their memberships through an inability to pay their dues.

Of course, with the current rate of retrenchment and high levels of unemployment we may still witness labour unrest and even strikes, but probably nowhere near the levels we used to see. Most are “calls to action” similar to what we saw on October 7 2020, coinciding with World Day for Decent Work. On that day a national one-day “strike” was called by the Cosatu, with support from the other main federations — the Federation of Unions of SA, the SA Federation of Trade Unions and the National Council of Trade Unions.

However, while significant because of the unity of the five federations, the event itself was really more of a one-day protest than a strike, with limited numbers of members participating across the country and no tangible outcomes achieved other than raising a united voice. How, then, have wage battles been waged?

When bargaining councils sit down with employers the wage agreements struck are usually only implemented the next year, and some apply for two or more years. Some employers therefore would have escaped the necessity for negotiations in 2020 because they would still have been within their collective agreements, while others simply agreed to keep things as they were with the intention of renegotiating this year. This should, theoretically, mean we’d be in for a much bigger strike season this year as unions pursue two years’ worth of increases and some sort of back pay for 2020. If gatherings are allowed, that is.

But there are other ways to negotiate. We could take lessons from the UK and certain EU countries, where relations with trade unions are very different. There is a higher level of “elegance” in engagements that invite all stakeholders to sit around a table to achieve the best business results while still keeping workers employed.

In SA, our habit has rather been to have the fight in a bid to win the battle, although we seldom win the war this way. This speaks to our collective SA psyche that inherently has employees mistrusting employers and, if there is no fight out in the open but instead an agreement behind closed doors, that mistrust shifting to the unions.

We’ve had examples of a more balanced approach working in the past. We saw it with the National Union of Mineworkers (NUM), until it became known as the “sweetheart” trade union. Even though the NUM did the best it could for its members with agreements being calmly reached, its members lost faith in its ability to act in their best interests, suspecting union leaders had been co-opted. Out of this, as we all know, came violence and anger, culminating in Marikana, after which many members shifted their loyalties to the Association of Mineworkers and Construction Union.

Among my own clients in the past I have seen more amicable circumstances bear fruit between employers and unions in the chemical industry. Wages in the chemical industry are still negotiated at bargaining council level, but for the last 20-odd years strikes at this client’s plant have been avoided. There was mutual respect between employer and labour, not to mention unity between the two unions, which were equally recognised and able to work as one within the bargaining unit.

Returning to the question at hand: can the SA economy do without the strike season, and will labour unions still be able to ensure their members’ rights are protected without mass demonstrations or strikes? Wearing my lawyer’s hat, I believe we are more than capable of reaching solid, ethical agreements between employer and employee (through their respective trade unions) without strike action. We would save, make more money and lose less production, because it’s not just about the loss of wages — it’s also about keeping businesses going. In a strike no-one really comes out a winner.

However, in SA the right to strike is so vital that it is embedded in our constitution and our labour laws. While I have acted for many ethical employers, there are others who continue to undermine the rights of employees. It is therefore essential that the right to strike remains an option. Given our history as a nation, striking is fundamental to who we are — we’re probably never going to step away from it entirely.

That is why I suspect once Covid-19 is behind us and there are no longer social distancing regulations limiting gatherings, SA is likely to simply revert to business as usual during strike season.

STEVEN KUO: Strike season shows that, like China, SA can learn from Singapore

STEVEN KUO: Strike season shows that, like China, SA can learn from Singapore