As we strive for efficient railways, let’s take the time to get it right

It would be prudent to wait for the passing of the Economic Regulation of Transport Bill, to allow for proper preparation 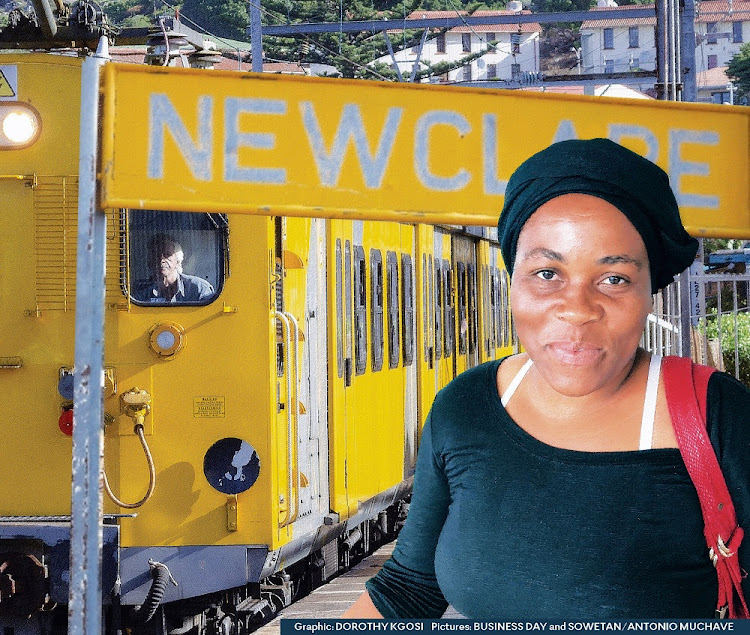 Imagine the year is 2031. It is 6.56am on a cold winter’s morning and a woman is at a railway station. In exactly four minutes the train that will take her to work will arrive. The train she boards will be well heated and most people in the carriage will be seated comfortably, with only a few standing. She will get off the train at exactly 7.35am and take a quick walk to her office building, making it safely to her workplace by 7.45am, leaving her enough time to have a cup of tea before she starts her day.

In 2021 this trip would have taken her over an hour and three taxi rides. If she had elected to use the train (which was cheaper) she might not have arrived at work at all. Now imagine an SA that no longer has crippling unemployment because it has a booming rail manufacturing sector. An SA with a freight rail system so efficient that goods are transported to where they need to be within time frames that mean the consumer pays the most competitive price for it in the world.

In his presentation of SA’s Economic Reconstruction & Recovery Plan in October President Cyril Ramaphosa took the first step in transforming this from an exercise of imagination to a possibility, by announcing plans to grant third-party access to the freight rail network infrastructure, which has up to now has largely been monopolised by state-owned logistics group Transnet.

Despite SA’s vast railway network, the use of rail as a mode of freight and passenger transport has seen a sharp decline in the past decade, with the Covid-19 pandemic worsening the situation. Volumes have dropped from 645-million passenger journeys in 2008/2009 to 140-million for the year ending in June 2020. Transnet’s annual freight volumes dropped from 226-million tonnes in the year to March 2018 to 212-million tonnes in the year to March 2020.

This means ordinary, hard-working South Africans are being impoverished by an inefficient transport system, because they are paying more for their end goods than they should be, in addition to paying exorbitant amounts to get around. Strategic public-private partnerships (PPPs) that allow private freight rail operators to operate on state-owned rail infrastructure could be the game-changer we need to not only reverse these losses in the next decade but go further and create a world-class railway system that serves us all.

Ramaphosa revealed that October 2021 is the implementation deadline for third-party access. While this is certainly achievable through the government directing Transnet to sign access agreements under the terms of the Rail Safety Regulator, my view is that it would be more prudent to wait for the passing of the Economic Regulation of Transport Bill, which is before parliament. Public enterprises minister Pravin Gordhan says this is expected to  take about 18 months, with third-party access introduced within three years.

The bill will establish an integrated system for the economic regulation of all passenger and goods transport, to be achieved by creating a single transport economic regulator for all modes of transport. In terms of rail, this economic regulator is worth the wait because it will ensure fair tariff rates are applied equitably across third-party operators. I also believe waiting for the bill to pass before implementing third-party access will allow the state and private operators time to focus on resolving the existing issues within the system, to maximise our collective chances of future success.

First, allowing the bill to go through the legislative process will give the private sector an opportunity to participate in commenting further on the formulation of the powers of the new economic regulator.

Second, because our railway network is in such an acute state of disrepair it is crucial for Transnet to have the opportunity to develop partnerships with the private sector to repair, refurbish and upgrade the railway infrastructure to ensure it is usable for third-party access. This could take the form of performance-based buy-to-lease-back contracts that would give Transnet’s balance sheet a desperately needed cash injection in addition to the refurbishment.

Lastly, the time would also enable the port authorities to improve their efficiencies, because at present, despite having the world’s leading technology to manage the offloading and onloading of containers on ships, there are still significant and costly delays. For example, the process from the moment a ship docks to container delivery to the end-customer should take 96 hours to complete, but now takes up to 150 hours. In addition, Transnet Port Terminals records 14 to 15 gross crane moves per hour, which is shockingly low compared with the global average of 26 to 32 gross crane moves per hour.

Third-party access to the core railway network can successfully catalyse competition that will inevitably reduce SA’s overall logistics costs, which are among the highest globally. The ultimate winner will be the customer who needs their goods transported. Granting private operators access to the core railway network will also encourage a surge in manufacturing, and thus employment, by reigniting rail-support subindustries in ghost towns such as Denver and Brakpan, to name a few.

This is why it is important that we take the time to get it right. These gains need not be SA’s alone as successful third-party rail access could establish the country as the rail manufacturing hub for the North-South Corridor project, unlocking greater intra-African trade. Having been privileged to live and work in various African countries, I have witnessed the commercial drive and acumen on the continent first hand. This, coupled with gains from the African Continental Free Trade Area agreement signed early this year, could unleash the continent’s potential of becoming the world’s leading economy.

However, to stand a chance we need to make sure we develop an integrated transport network, underpinned by a sustainable rail ecosystem, to drive the continental economy, create jobs and grow African countries’ GDPs.

Simply put, the backbone of an economy is its ability to transport people and freight. If you cannot do these effectively you cannot have a thriving economy. This understanding is why I named my company Mirai Rail. Mirai, a Shona word that translates to “stand up”, is also found in the Japanese language, where it means “future”. It is a timely reminder that if all stakeholders in the rail transport sector rise to the occasion we can build a bright future for SA and the continent.

• Tshabalala Kingston, a board member of investment holding company Sphere Holdings, is founder and MD of Mirai Rail Corporation.

Transnet stranglehold on SA’s railways to be loosened

1.
CAROL PATON: Pravin Gordhan’s breathtaking ...
Opinion / Columnists
2.
EDITORIAL: A severe lockdown would add insult to ...
Opinion / Editorials
3.
Ivermectin is a proven treatment for Covid-19, so ...
Opinion
4.
SA in a diplomatic quagmire over impeached mayor, ...
Opinion
5.
What Gauteng can do to avert full-blown Covid-19 ...
Opinion

BIG ISSUE: SOEs: A big drain for years to come

1.
CAROL PATON: Pravin Gordhan’s breathtaking ...
Opinion / Columnists
2.
EDITORIAL: A severe lockdown would add insult to ...
Opinion / Editorials
3.
Ivermectin is a proven treatment for Covid-19, so ...
Opinion
4.
SA in a diplomatic quagmire over impeached mayor, ...
Opinion
5.
What Gauteng can do to avert full-blown Covid-19 ...
Opinion

BIG ISSUE: SOEs: A big drain for years to come