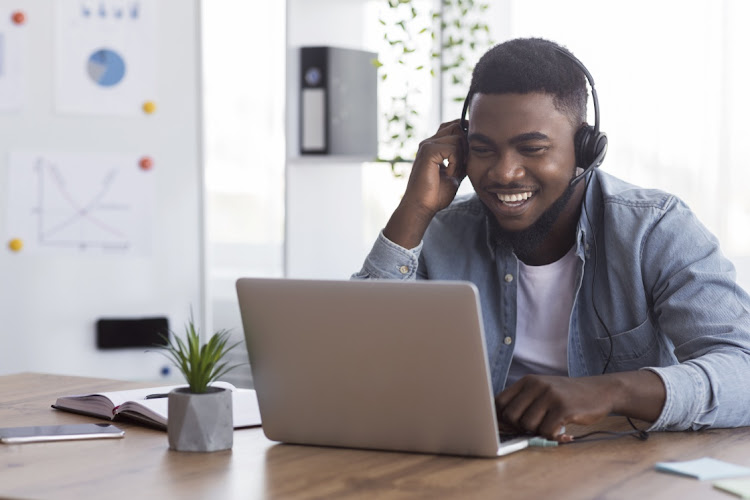 Could Africa emerge from the Covid-19 pandemic as a key player in a new digital revolution? Recent moves from big tech corporations, such as Twitter’s decision to set up an African headquarters in Ghana, have created a new buzz around the continent’s role in the global digital and media market.

Africa already has a strong foundation of a rapidly growing young and digitally fluent population, and the Covid-19 crisis has seen this potential and talent for innovative digital solutions come into its own. Entrepreneurial activity in Africa is already estimated at 13% higher than the global average, which points at the continent being able to flourish among its global competitors.

We have already seen increased rates of broadband connectivity and mobile data traffic during the pandemic, and that has brought with it increased media consumption. According to the International Telecommunications Union, a 10% increase in mobile broadband penetration in Africa would generate an increase of 2.5% in GDP per capita. This accelerating digital ecosystem is therefore particularly crucial as a multiplier of Africa’s post-Covid-19 recovery and future growth.

However, for this opportunity to become sustainable, Africa needs to look towards being more interconnected and capable of generating its own content rather than relying on imports from the rest of the world. A recent survey suggested that about 85% of news stories about Africa are generated outside the continent — that needs to change if Africa is going to drive its own growth.

The newly launched MediaCity Mauritius project (MCM) is a prime example of a new initiative designed to address these needs. It is also a good example of digital acceleration in action.

MCM will be a hub for the media, digital and creative industries. It is supported by the Mauritian government and the Mauritius Economic Development Board, and aims to bridge the skills, infrastructure and information gap for key industry players looking to establish a presence on, and invest in, the continent.

MCM’s hub will combine leading broadcast and production facilities with a campus aiming to impart media excellence to a new generation of African storytellers. The continent’s potential has historically been capped by an infrastructure and education gap with the West, but it now has an opportunity to tap into that potential and disseminate the news of a new Africa emerging from the crisis.

We all have stories to tell of how Covid-19 has brought innovation across the continent; from the use of drones to deliver medicine to the use of artificial intelligence (AI) technology to support African nurses and hospitals. All too often these are stories of African successes the world never hears about. Now the stories of African enterprise can reach new audiences through the rise of digital communications.

The growing appetite for subscription video on demand in the region also demonstrates the direction globalised efforts to invest in Africa’s media industry are heading. Nigerian film and TV producer Mo Abudu recently struck a landmark deal with streaming giant Netflix, as well as setting up the EbonyLife Creative Academy, offering young Nigerians the opportunity to explore all aspects of the media craft for free, thanks to local government support.

Alongside regional efforts such as MediaCity Mauritius, more localised investments such as that of EbonyLife will continue to carry the momentum of the accelerated digital evolution we are witnessing in the region.

The use of online and mobile banking tools has risen 30% these past 15 months, in tandem with a similar growth in digital media consumption. The so-called “digital divide” between rich and poor is still a reality but there is little doubt that addressing the divide worsened by the pandemic has also created a sense of urgency to bridge it through greater access to technology.

The prize is enormous. Digital transformation sits at the heart of the AU’s “build back better” recovery plan, alongside projects for infrastructure development and industrialisation. By supporting the growing digital economy, Africa will create opportunities for increased productivity, entrepreneurship, innovation and job creation, all of which will aid an inclusive, sustainable recovery.

The pandemic has given us a harsh lesson that the world is interconnected and stands or falls together. It is important that Africa is fully integrated into this connected globalised digital and media landscape. Projects such as MediaCity Mauritius will hopefully hasten this, helping the continent fulfil its digital potential.

Consumers are now more comfortable with managing their estates online

The pandemic has prompted people to adopt and embrace digital offerings, including taking out wills
Opinion
8 months ago

Digital transformation could give built environment industry a solid foundation

What does corporate SA score for BBBEE?

On May 6, experts will discuss insights from the Sanlam Gauge report, a definitive view of corporate SA's transformation
Business
8 months ago
Next Article