Despite challenges in implementing the policy, it should not be discarded 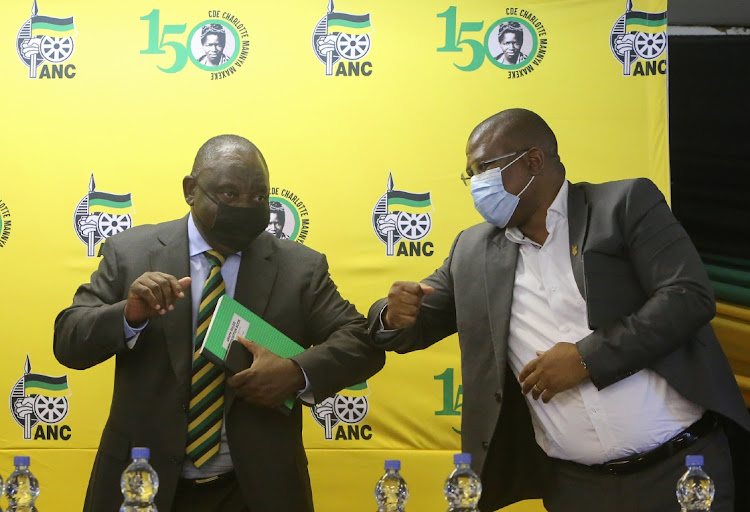 It is not an issue that may seem important to some, but most South Africans will understand the need to have a leg up after centuries of oppression. A slight advantage — preferential treatment — from someone who believes in you, backed by the necessary qualifications and experience, is what will create economic freedom in the country.

During his presentation of evidence before the Zondo commission President Cyril Ramaphosa spent much time clarifying the ANC’s position on cadre development and deployment. He indicated that even before the advent of democracy, as the ANC was preparing to govern, a need was identified to transform the public service to reflect the values of the democratic government, the demographics and the diversity of SA.

The president referred to the 2007 Organisation for Economic Co-operation and Development (OECD) working paper on public governance, which argued that political involvement in administration is essential to the proper functioning of a democracy. However, public services need protection against being used for partisan purposes, they need technical capacity that can survive changes of government, and they need protection against being used to impair the capacity of future governments to govern.

The president could not have said it better. It is true that there have been major challenges in implementing the cadre development and deployment policy, but this does not mean the policy should be discarded. It is a necessary instrument to transform society, essential in building a public service that is responsive to the needs of all South Africans, is developmental in orientation, and fully embraces the democratic and progressive values the nation holds dear.

Important strides have been made in transforming the public service since 1994. However, a lot more still needs to be done to ensure it fully reflects the nonracial, nonsexist, youthful character of society.

Cadre development and deployment is not unique to SA. It is applied in many democracies worldwide under various guises. Ultimately the goal is to ensure programmes, values and policies of the party in power find expression in government programmes.

As the president put it: “It should be noted that the deployment of cadres to strategic positions is not unique to the ANC. It is practised in various forms and through various mechanisms — even if not always acknowledged as such — by other political parties in SA and in other countries. In our view, cadre deployment has acquired such prominence in part because of the perspective that there should be no political interference in the selection of people who work in the public sector. However, international practice suggests a more nuanced approach to this matter.”

The ANC’s approach to cadre development is anchored on cadre development. This means skills and training are important considerations when cadres are deployed. Our cadres are encouraged to acquire the necessary training and equip themselves with the skills that will enable them to be effective in their deployment. Equally, and as the president indicated, our approach to cadre deployment is not intended to circumvent established and legally mandated processes.

The 2007 OECD paper on public governance that Ramaphosa quoted states that “political involvement in administration is essential for the proper functioning of a democracy”.

“It is the ANC’s view that the practice of cadre deployment should not be inconsistent with the principles of fairness, transparency and merit in the appointment of individuals to public entities. Cadre deployment cannot be faulted in principle; it is a common feature of democratic practice around the world. But we would concede that there are weaknesses in its practical implementation that make the case for greater clarity, both within political parties and the state,” he said.

Those we seek to deploy are required to meet the necessary requirements and must follow due process — they must be fit for purpose. Our 54th national conference resolved that the principle of merit must also apply in the deployment to senior positions. Cadre deployment should be applied consistently, transparently and fairly. However, even with these requirements there were “several instances” in which individuals appointed to positions may not have been “fit for purpose” or may not have had the necessary experience or qualifications.

“The ANC 54th national conference recognised this problem and resolved that ‘the merit principle’ must apply in the deployment to senior appointments, based on legislated prescripts and in line with the minimum competence standards,” Ramaphosa said.

To us cadre deployment is therefore not about placing unqualified and incapable people in senior positions. It is part of our overall commitment to building a capable state that can lead transformation. The ANC supports efforts to professionalise the public service. This we believe will enhance the capacity of the state to drive transformation.

In his opening statement to the commission, the president was asked to address cadre deployment and party political funding
National
1 year ago

Estranged wife of former minister testifies at the Zondo commission of inquiry into state capture, mainly about her family’s relationship with the ...
National
1 year ago

This week will be hugely significant for the ANC — it will become clear if Ramaphosa can lead the party in making a clean break with the past and ...
Opinion
1 year ago

SA needs full transparency on how much Ramaphosa knew about and influenced state capture, writes John Steenhuisen
Opinion
1 year ago
Next Article