Infrastructure development is key to supporting this, and is particularly critical for industries such as the metals and engineering sector 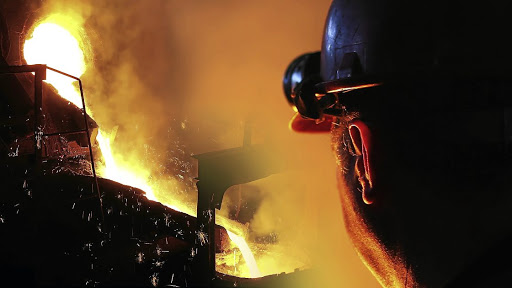 In April, SA celebrates 27 years of a strong democracy that has brought political freedom for its people. However, despite structural reforms across all fronts, including in economic policy, the majority of South Africans continue to live in poverty and inequality remains a challenge. Unemployment is at a record 32.5%.

The ANC-led government has, since 1994, adopted several policy measures to reconstruct the SA economy. Key among these is an export-orientated economic growth strategy, which is critical for industrial development.

The metals and engineering (M&E) sector represents about 29% of the total manufacturing production base in SA. To date the picture across all variables measuring progress on SA’s industrialisation path in the sector does not look good. Though there was progress from 1994 to 2008, production in the sector has since declined, coupled with low levels of investment.

Jobs continue to be lost, with the rising industrial cost base making the sector uncompetitive in terms of trade, and too unsustainable to invest in. This has defeated the purpose of the economic renewal process since 1994. How, then, does the country move forward from here?

Adopting the right policies and speeding up their implementation is key. It is important to state that the challenges facing the SA manufacturing sector, especially the M&E component, cannot be ignored. These include rising administered costs in energy, energy supply reliability, rising logistics costs, as well as inefficiencies from key government entity service suppliers.

The Steel and Engineering Industries Federation of Southern Africa (Seifsa) has long advocated for infrastructure development as a key parameter to supporting industrialisation in SA. This is particularly critical for industries such as the M&E sector as it feeds into infrastructure projects from an input supplier perspective. Regarding fixed investment to GDP, SA is far below other emerging economies at about 17%. China, in comparison, is at 42%. SA needs to increase this number if the country is to address poverty and inequality.

Credit should be given to the government as it has continued to set aside funding for public-sector infrastructure spending, with R791.2bn earmarked for the next three fiscal years. However, a significant amount of this — 37% — will be implemented through state-owned enterprises (SOEs) that are under scrutiny for past mismanagement. Reforming these SOEs to ensure they deliver on their mandate is key.

At the same time, following through on monitoring adherence to local procurement requirements remains imperative to support local industries.

A key milestone in the past 27 years from an economic perspective remains the awarding of a major international tournament for the first time to Africa and to SA. This was the 2010 Fifa World Cup. The process leading up to the football competition taught us that, to be on par with other countries that have hosted such tournaments, we needed supporting infrastructure and industries to construct that infrastructure. As a key material supplier, the M&E sector was an integral part of the preparations for the world cup.

During that period, investment in the sector grew and jobs were created. Given the deadlines to prepare for the competition, the spirit to deliver a world-class tournament ensured that, not only was the entire nation supportive, but the entire government machinery was aligned. That spirit of urgency and sticking to deadlines in the implementation of projects has since been lost.

It was as if we thought that foreign visitors had arrived and left and are not expected to return soon, hence we do not have to keep the house clean anymore. This is the context of the state of our delivery machinery today.

SA’s global trade position, particularly within the M&E sector, is worrying. From 1995 to 2020 the country’s net trading position in the sector has averaged -R55bn, reflecting a bias towards being an importer rather than exporter. This alone sums it up: the ambition to become an export-orientated industry is yet to be realised in the M&E sector. Imports continue to dominate the local market base. SA’s trade position in the sector is positive only in Africa, with data from 2017 to 2020 indicating that the net trading position for SA in the sector was R412.3bn.

While there has been support in some products to protect local producers, complaints coming from the downstream sector when it comes to pricing are valid, to an extent.

Challenges presented by the Covid-19 pandemic on the global economy mean there have to be creative ways to address the downside effects caused mainly by the implementation of lockdown measures. To this end, SA will need to aggressively start repositioning its trading status by leveraging its position geographically to expand its industrial trading footprint in Africa.

Though there might be differences in the pace of the implementation of the African Continental Free Trade Area agreement, the gathering of market intelligence on product needs by local producers should be part of a strategy the  government can support through its various trade missions or consulates on the continent.

SA should also consider a broader strategy in driving bilateral trade relations in a more focused manner to find new markets. The country’s position in the Brics set-up remains weak. There is a need to leverage this relationship at a sector level.

SA’s industrialisation will require more infrastructure investment and growing of its industrial market footprint on the continent, as well as key identified markets at a bilateral level agreement. In an environment where the local market is diminishing, export-led investment should be a priority for SA’s industrialisation journey, otherwise in the next 27 years we will be discussing the same economic challenges and landscapes of 1994.

All is not lost for Africa as pandemic unleashes opportunity

The recent free trade agreement, an abundance of minerals and a shift to green energy all spell optimism for the continent
Opinion
2 weeks ago

EDITORIAL: Durban port deals with private sector must be clean

In much the way that the EU did, it will create a single market facilitating free movement of goods and services
Opinion
2 weeks ago

Transnet stranglehold on SA’s railways to be loosened