Amid the Greensill Capital saga, former top adviser claims prime minister wanted donors to pay for refurbishment of his apartment 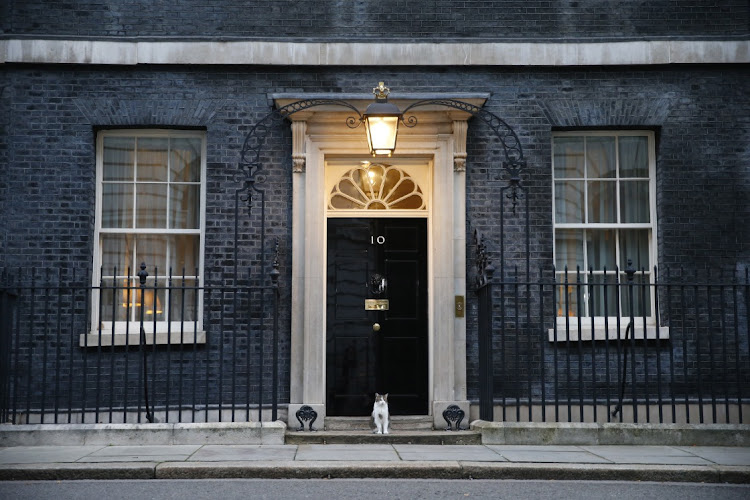 Prime Minister Boris Johnson is fighting (at least) two big political fires. They may not substantially impact the Conservative Party’s fortunes at the May 6 local elections, but these blazes suck oxygen from policymaking, undermine public trust and distract from attempts to rebuild and rebalance the British economy as it emerges from the pandemic. What’s worse, the harm to the Tories is self-inflicted.

Last week several newspapers reported that Johnson blamed Dominic Cummings, his former top adviser, for a series of damaging leaks. The once all-powerful aide hit back in a blistering blog post, accusing the UK leader of falling “below the standards of competence and integrity the country deserves.”

If Johnson was trying to deflect attention from the sleaze storm engulfing his government, the attempt backfired spectacularly. In his blog diatribe, Cummings claimed that Johnson sought to have donors pay secretly for an expensive refurbishment of his Downing Street apartment. Trade secretary Liz Truss was sent out on Sunday to defend the prime minister, but she dodged the question of who covered the initial bill and why.

Cummings clearly has more to get off his chest about leaks, Johnson’s reluctance to lock down the UK economy and more. An all-out Cummings vs Johnson fight would be bloody. And the timing couldn’t be worse given the much more serious cronyism scandal around Greensill Capital, a supply-chain financing firm that imploded spectacularly. In many ways it’s the greater conflagration. Here, too, there are questions of money, personal gain and how government decisions are made. Only in this case there’s taxpayer money on the line and broader questions of government propriety at a time when the Conservatives are also facing charges of cronyism in pandemic procurement.

Last week the government published a trove of correspondence from the Treasury and the Bank of England (BOE) involving Lex Greensill, founder of the eponymous firm. The correspondence demonstrates Greensill’s backstage pass to Britain’s corridors of power; and how relentlessly he lobbied senior officials to try to access government-supported loan facilities at the height of the pandemic last year.

For example, on March 15 2020 (a Sunday) Greensill fired off a terse e-mail to the BOE’s deputy governor, Jon Cunliffe. “I understand the meeting we had scheduled for Monday has been moved,” he wrote. “The disruption to supply chains and the financing of them is real. In the last week we have seen a great many fixed-income investors who support the asset class step back — meaning liquidity could well become a major issue in the coming days.” Greensill wanted a meeting ASAP.

The time stamp on the reply from Cunliffe — copying former prime minister David Cameron, who worked for Greensill — was less than 45 minutes later. “We will set something up for tomorrow.” The next day Greensill sent a longer letter making his pitch ahead of a call with BOE officials. “In current markets investors are unsettled and seeking redemptions. It is critical to stabilise the supply chain finance investor base at [sic] a matter of urgency,” he wrote.

Greensill wanted several “tweaks” made to eligibility criteria for the government’s new Covid corporate-financing facility. Cameron couldn’t be more direct in asking Cunliffe for help, complaining that every objection had been dealt with: “I think I must be missing something here.”

BOE and the Treasury

At another point, Cameron requested that Cunliffe speak directly with Greensill. Finally, Cunliffe did, but it wasn’t what Greensill wanted to hear. Both the BOE and the Treasury said Greensill fell outside the boundaries of the facility.

But Greensill continued to lobby the Treasury, seeking accreditation under another programme, the Coronavirus Large Business Interruption Loan Scheme (CLBILS), through which the government guarantees 80% of loan amounts up to £200m. This time he scored.

Greensill was let into that programme, run by the state-owned British Business Bank, though its loans were capped at £50m. Greensill’s June press release notes it was “the first fintech to be included in the CLBILS programme” and “the only accredited lender to provide invoice finance facilities for qualifying corporates.” The scheme let Greensill lend hundreds of millions of pounds to companies linked to steel, energy and engineering magnate Sanjeev Gupta’s GFG Alliance, which now faces financing problems and queries over its invoicing and other practices.

There are many questions about Greensill’s influence that need answers. One is what role the now collapsed Greensill Bank, based in Germany, had in handing out the CLBILS loans. If a foreign bank that wasn’t regulated in the UK was allowed such a role, what confidence could the British Business Bank have had that its lending practices would be scrupulous?

By last May, a number of Greensill clients had defaulted amid controversial practices and accounting scandals, forcing Greensill and its insurers to cover losses in Credit Suisse Group’s supply-chain finance funds.

Did chancellor Rishi Sunak — who texted Cameron on April 23 saying he “pushed the team to explore an alternative” that might work for Greensill — help the company land a consolation prize when access to the larger loan facility was turned down? He was perhaps just being polite, some colleagues have suggested. A junior government minister told parliament the scheme was run out of another department, but Dodds said Sunak had associated himself closely with the loan schemes, even using his personal branding on them.

The UK government has removed the guarantees for Greensill. But the British taxpayer could be on the hook if GFG’s steel and other companies, with 5,000 UK employees, can’t stay afloat. Meanwhile, the Cummings allegations have Labour demanding a full investigation into Johnson’s refurbishment. Not one but two bonfires of the vanities.

The SNP welcomed Gupta as he expanded his metals and energy business; it also gave government guarantees for the £330m deal
Opinion
9 months ago

Before Greensill’s implosion, several banks had pulled the plug on Gupta’s Liberty House Group due to discrepancies in metals trade paperwork
World
9 months ago
Next Article