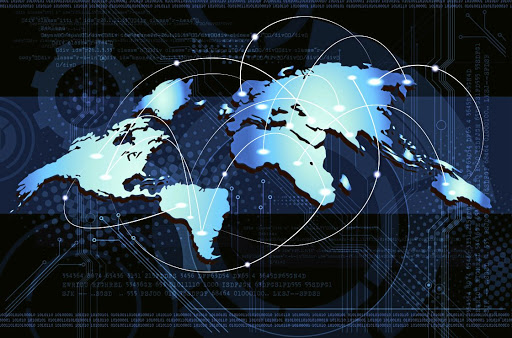 While there are perceptions of heightened risk in African credit markets, investors that made a careful assessment of fundamentals, such as governments’ commitments to prudent borrowing and economic diversity, outperformed despite the Covid-19 crisis.

The severity of Covid-19’s economic effect has varied between countries in Africa, reminding investors about the wide spectrum of risk in African sovereign debt and the importance of being selective in portfolio construction.

Is there enough differentiation between issuers in the African debt space to allow investors to be selective? The answer is unequivocally yes. The African debt universe comprises instruments from various frontier markets, with the exception of SA and Egypt (frontier countries are generally smaller and less developed than typical emerging markets, such as the Brics countries Brazil, Russia, India, China and SA).

Zambia: excessive borrowing over the past decade.

Zambia’s default on its Eurobond coupon in October was the inevitable result of excessive borrowing over much of the past decade. The country’s public debt-to-GDP ratio more than quadrupled from 21% in 2011 to 95% by the end of 2019. Zambia took on external debt to finance its budget deficit and for various infrastructure projects, which did not yield the expected economic benefits.

When copper prices and exports fell and there was a power crisis due to low rainfall in 2015/2016, the country was forced to import expensive electricity and the kwacha lost more than 50% of its value. The power crisis persisted, and copper output fell in 2019 due to a new mining tax regime introduced by the government, while the currency depreciated further. At the outset of Covid-19, Zambia’s reserves were only 1.2 months of import cover and its budget deficit was 9.1%. External debt issues later in 2020 were unavoidable.

Ethiopia, which is facing a voluntary debt restructuring under the Group of 20’s (G20’s) Common Framework, lacks the significant resource endowments of Zambia and several other African countries. Though it was the fastest-growing African economy in the past decade, authorities showed great fiscal restraint, keeping the country’s budget balance below 3% of GDP for much of the decade.

Investors have become more cautious as a result of social unrest since Prime Minister Abiy Ahmed has attempted to introduce market-orientated economic reforms. In 2020, when tourism receipts and foreign direct investment slowed further, it was inevitable that Ethiopia would struggle, given low reserves and high external financing needs.

At the other end of the risk spectrum lie Egypt and Ivory Coast, both of which secured additional funds from international markets at favourable rates during the pandemic.

Egypt was able to issue eurobonds twice in under 12 months. It easily raised $5bn in May 2020 during the peak of the pandemic and $3.75bn in February.

Egypt is arguably the best reform story in emerging markets over the past few years. In 2016, the government embarked on reforms that have restored stability to the country’s external and fiscal positions. Subsidies were cut and tax revenues were raised, turning a primary deficit into a surplus and reducing the public debt-to-GDP ratio. The central bank has successfully brought inflation down to mid-single digits from an average of almost 30% in 2017.

The commitment to reform has attracted foreign portfolio investment and bolstered foreign reserves, which almost doubled to $44bn in the three years to 2019 and provided the country with a buffer against the Covid-19 slowdown in tourism and other receipts.

Ivory Coast raised €850m in February by reopening existing Eurobond issuances in an offering that attracted strong interest, despite the country’s participation in the G20 Debt Service Suspension Initiative (DSSI). Its savings from participating in the DSSI amounted to 0.4% of GDP in 2020 and can be considered precautionary and immaterial.

The country is diversified compared with others in the region. Though it is the world’s largest cocoa producer, the biggest driver of economic growth is the services sector. It was one of the fastest growing economies in Africa in the past decade and one of only a few global economies that grew by more than 2% in 2020. With a 46% public debt-to-GDP ratio, Ivory Coast has conservative levels of indebtedness for a non-oil exporter, compared with the rest of Africa as well as emerging markets in general.

The Covid-19 crisis not only challenged governments but also the investment community. Fund managers with deep knowledge of their investment universe, and who have a strong risk and portfolio construction framework, were well placed to identify not only the opportunities but also the pitfalls.

The G20’s debt service suspension initiative missed a trick when it excluded Chinese and private creditors. Will a rethink be enough to avert a ...
Features
9 months ago