The SNP welcomed Gupta as he expanded his metals and energy business; it also gave government guarantees for the £330m deal 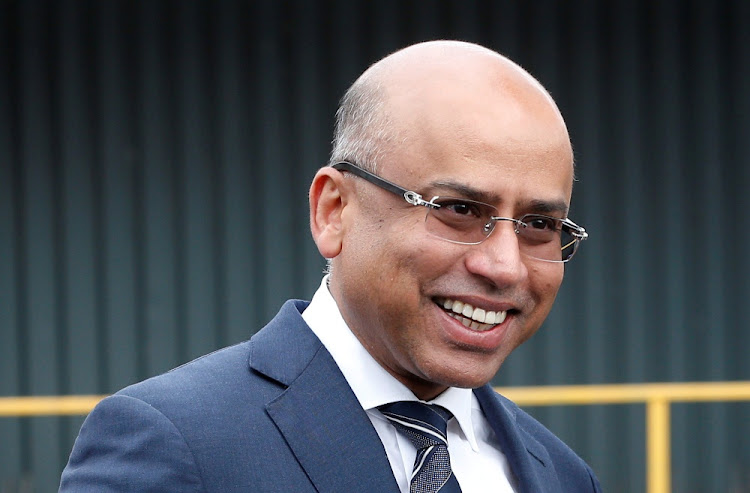 The collapse of Greensill Capital isn’t just a lobbying scandal. The total cost to the British taxpayer could easily reach £1bn, in particular because of state support for companies owned by Greensill’s biggest client, Sanjeev Gupta’s sprawling GFG Alliance.

Much of the political opprobrium has been directed at former prime minister David Cameron, who worked for one-time billionaire Lex Greensill after leaving Downing Street. But there are questions to ask north of the border, too: in Scotland there’s more than reputations, or even taxpayer money, at stake.

The ruling Scottish National Party (SNP) has pitched the May 6 election as a milestone in an inexorable march towards national independence. First Minister Nicola Sturgeon says Scotland doesn’t need London’s largesse to meet the SNP’s hefty spending commitments, despite a yawning deficit. That’s why the SNP’s dealings with Gupta bear scrutiny. They create doubts about whether it’s ready to take the reins of a sovereign nation — at least one that wants the trust of credit markets.

You can see why the SNP government welcomed Gupta as he expanded his metals and energy business in Scotland. By 2016, when a deal was struck for GFG Alliance companies to buy the UK’s last remaining aluminium smelter in the west Highlands, Gupta was on an asset-purchasing tear and being hailed as the “saviour of steel”.

The Lochaber smelter dates back nearly a century and is a mainstay of the local community, which happens to be in a key SNP constituency. The purchase from Rio Tinto preserved about 170 jobs and rescued an important industrial asset. The smelter itself is tiny, producing less than a 10th of the output of a decent-sized smelter today. But it’s linked to a hydropower station that supplies it with cheap electricity, thus reducing costs and its carbon footprint.

There were also plans to create up to 2,000 direct and supply-chain jobs with upgrades and a new downstream alloy wheel production facility, adding about £1bn to the local economy over a decade. Gupta became one of Scotland’s largest landowners with the purchase. He spoke of big plans, his passion for green industry and a great love for the country.

The linchpin of the £330m deal was a Scottish government guarantee for the 25-year power-purchase agreement between the smelter — Liberty Aluminum Lochaber, now part of Alvance Aluminium Group — and the hydropower company, Simec Lochaber Hydropower, both GFG companies. Greensill sat in the middle of the transaction. It acquired the government-guaranteed irrevocable payment obligations (IPUs) for the power contract at a discount then securitised them, giving Gupta the cheap financing he needed to complete the purchase.

Certainly the hydropower plant is a valuable asset. But the future viability of GFG’s operations depend on Gupta’s success in arranging new financing after the Greensill’s collapse of Greensill

The bond offering, at £294.6m, was marketed by Morgan Stanley as a “rare opportunity to invest in [an] explicit and irrevocable Scottish government-guaranteed, fixed-income asset.” But this wasn’t Scotland waving a big sovereign flag to the bond markets. The zero-coupon notes weren’t listed on any exchange and were placed privately.

Sturgeon hailed the deal as a new chapter in Scottish manufacturing. She was photographed with Gupta receiving a plaque for leaving “no stone unturned”. It’s not unheard of for a government to provide guarantees for infrastructure investments to motivate the market. The UK government set up a programme to do just that in 2012 when credit conditions were unfavourable. But a clear set of rules, a transparent process and proper oversight are required.

In both its complexity and opacity, the Lochaber deal was unusual. The government guarantee, according to the investor teaser at the time, isn’t linked to performance metrics or the actual delivery of power. It can be exercised on any failed payment by Liberty. The deal was approved by a cross-party committee at Holyrood.

Support for preserving jobs and industrial assets is strong in Scotland, though one wonders how detailed the scrutiny of so complex a transaction could be. The due diligence from Ernst & Young, when made public, was nearly entirely redacted. Scotland’s auditor has called repeatedly on its government to set clear standards for doing private-sector deals.

Fergus Ewing, Gupta’s main ministerial sponsor (who faces questions about whether his dinners with Gupta and Greensill broke rules) has said the government received “very significant” security for its guarantee. The government tells me there has been no call on its guarantee to date. Its accounts put the guarantee’s value at between £14m and £32m annually over the contract’s lifetime.1

The big hopes for Lochaber, however, haven’t materialised. And in the last financial year the government took provisions of £36.7m related to the guarantee. Ewing told lawmakers that 40 new jobs have been created, bringing the total positions there to just more than 200. The plan for the alloy wheel plant was scrapped because of poor conditions in the car industry; instead, the company’s planning to build new downstream billet and canning facilities. Rhoda Grant, a Labour member of the Scottish parliament, complained to Ewing that Gupta hadn’t made good on his commitment to local communities.

GFG says its steel and mining operations in Europe are booking record profits off the back of a global rebound. An Alvance spokesperson says, “All payments for power under the long-term arrangements [in which] the Scottish government is a partner, are fully up-to-date”. He says a new £94m investment will double the aluminium production in the smelter and lower its carbon footprint.

Certainly the hydropower plant is a valuable asset. But the future viability of GFG’s operations depend on Gupta’s success in arranging new financing after the Greensill’s collapse of Greensill; and that’s looking increasingly difficult as more questions are raised about its invoicing and other practices.

Bloomberg has reported that four banks — including Sberbank PJSC, Macquarie Group and Goldman Sachs Group — stopped working with Gupta’s commodity trading business as early as 2016 over concerns that its shipping paperwork didn’t match up to the collateral for lending. Reports over the weekend of circular trading practices from a GFG steel company in Wales and questions about how the companies are audited will add to investor discomfort about lending to GFG.

The GFG Alliance has refuted any suggestion of wrongdoing and said “no financial institution has been left out of pocket” after lending to the commodities business. Still, Greensill’s collapse means much more scrutiny for Gupta’s companies.

Without the SNP’s backing, there would have been no bonds to finance the Lochaber purchase. And Gupta’s Scottish backstop had a bigger UK backstop, as Moody’s noted bluntly when it said the bonds’ investment-grade rating was “fundamentally linked to that of the UK government”.

Whatever happens with Gupta’s sprawling group of companies, the Lochaber transaction is a reminder that the SNP will have some tough financial choices to make if it ever secures Scottish independence. It’s fine to leave “no stone unturned” to save jobs. But untethered from the UK and in need of funding, Scotland will find that markets demand a sound track record and a scrupulous approach to public finances.

1The average of the two numbers over the contract period gives the £575m total estimate that's often cited.