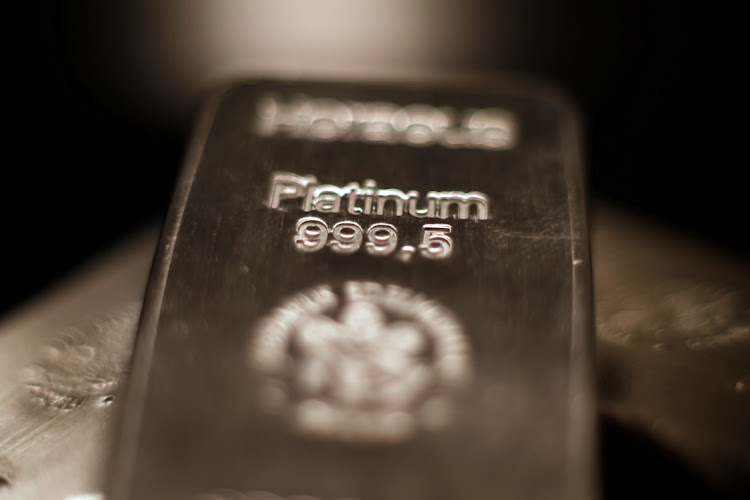 Though the mining sector often feels insulated from the rest of the SA economy given that it is heavily mechanised and ore is extracted and processed disconnectedly in peri-urban hubs such as Rustenburg and Polokwane, the industry offers the best hope for economic recovery in the near term.

While some sectors of the economy are expected to be depressed for some time — specifically tourism and construction — mining has the highest odds of keeping the economy buoyant, particularly the platinum group metals (PGM) sector. The sector is blossoming after a decade of hardship.

Even better news is that high prices are likely to stick and provide a much-needed fillip for SA.

The economy is in bad shape. The IMF notes that it contracted 7% in 2020, far worse than most other Covid-19-hit countries. The average drop for sub-Saharan Africa was 1.9%. Globally, emerging-market and middle-income economies contracted 2.4%. As vaccine rollouts continue, SA is expected to grow 3.1% in 2021, compared with 6.9% for emerging-market and middle-income economies globally. But even this growth rate will taper off — between 2023 and 2026, the IMF forecasts an annual growth rate of just 1.3% for SA.

Amid dim prospects for growth, policymakers must examine and develop the sectors with the highest growth potential. The PGM sector is arguably the most promising. In the US, while the Trump administration loosened vehicle emissions standards, President Joe Biden is now under pressure to implement tougher standards to ensure 60% of new passenger cars and trucks are zero-emission by 2030. Democrats in the Senate have also asked Biden to set a date by which new sales of fossil fuel vehicles will end.

The US is neither the front-runner nor the laggard on emissions standards, but it is a harbinger of what is likely to come for the PGM market. China has already adopted far tighter legislation on emission standards, and in 2020 the EU revealed a new hydrogen strategy as a mechanism to achieve its goal of carbon neutrality and a zero-pollution economy by 2050. To meet stringent vehicle emissions standards, vehicles will require higher loadings of PGMs.

However, to fully capitalise on the clean energy transition countries are undertaking, the SA government will need to play a more active role in the PGM supply chain. Using incentives to strengthen manufacturing capacity and position SA as the leader in hydrogen fuel cell technology could go far towards that goal. 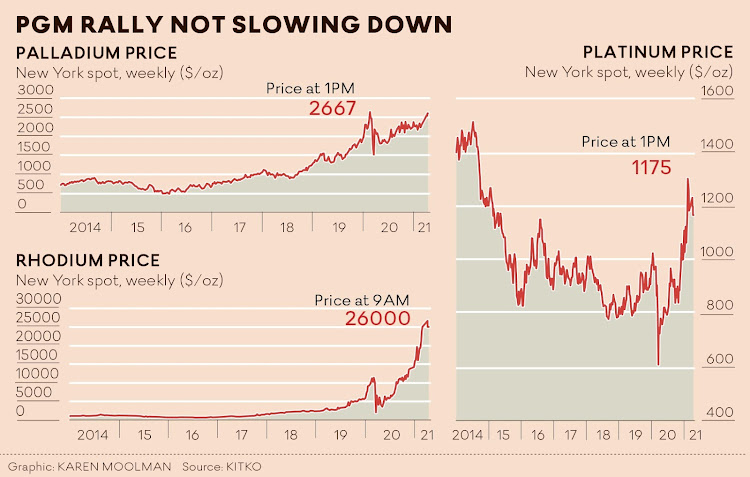 In 2007, the cabinet approved the department of science & technology’s plan to develop hydrogen SA or HySA, a 15-year programme within its research, development & innovation strategy that was launched in September 2008. When established, HySA’s objective was to “support SA participation in the nascent but rapidly developing international platforms in hydrogen and fuel cell technologies”.

In 2020, this was also an area flagged for development in the SA economic reconstruction and recovery plan, but so far it has largely been the private sector rather than the government that has spearheaded progress, with companies such as Anglo Platinum and Impala among those leading the way.

Anglo American recently announced it would complete a feasibility study to develop a “hydrogen valley” that would stretch 835km from Anglo Platinum’s Mogalakwena mine in Limpopo to Durban.

The government needs to support the shift taking place in the mining sector. Though gold has been a mainstay of SA mining for more than a century, the commodity is on its way out. While demand for gold has increased globally from 1,400 tonnes in 1980 to 3,500 tonnes in 2018, the sector has declined substantially in SA. In 1970 it produced about 1,000 tonnes, yet by 1995 this had fallen to 524 tonnes and by 2018 just 130 tonnes, a decline of 87% from 1970 production levels.

This decline is not for a lack of gold reserves, but due to increasing unprofitability and the presence of a number of other jurisdictions with gold deposits. In 2020 gold mining giant AngloGold Ashanti sold its last SA assets and exited the market, while Gold Fields continued reducing operations. This is not because global demand for gold has declined but because operations in SA are no longer as profitable. Even gold mining companies that are headquartered in SA are focusing on reserves elsewhere, despite still having 6,000 tonnes of reserves.

Despite the political economy challenges within the platinum mining sector, PGM firms have not exited the local industry. This is because the country has a near monopoly on the PGM market. SA is the largest platinum producer in the world, accounting for 80% of global reserves. Its reserves are 52.5 times bigger than the next two largest producers, Russia and Zimbabwe, respectively. Despite the many challenges facing mining firms in SA — frequent labour strikes, uncertainty about the Mining Charter and complex relations with mining unions — firms have stuck to their guns because there are profits to be made.

Leveraging this advantage is critical for economic growth in the near term. The vaccination rollout is tenuous, and the economic recovery is likely to be prolonged and challenging. Various analysts have predicted that the economy will most likely only reach the 2019 level by about 2024.

Still, SA has an opportunity to benefit from tightening global emissions standards. Though PGM mining is not labour intensive, which may reduce its overall attractiveness as a critical economic activity to some, with increasing prices for platinum, palladium and rhodium, there is immense scope to promote growth and generate the revenue needed to finance long-term growth in various productive and labour-intensive sectors of the economy. The mining sector could thus be a catalyst for economic growth in the near term if its windfalls are taxed effectively.

The questions policymakers should be asking themselves is whether they are serious about increasing funding for public education, financing apprenticeships to reduce youth unemployment, strengthening the provision of public health care, developing rural infrastructure and achieving the National Development Plan goals. If we assume the answer to all these is yes, revenue from PGMs in the coming years can help.

The government should begin engaging with the sector productively to take advantage of the current windfall sustainably.

However, the government shows a stodgy disinterest, and even clearing the way for platinum coins has dragged on for years
Opinion
4 months ago