The Games are approaching, but there is a Covid-19 resurgence in many countries 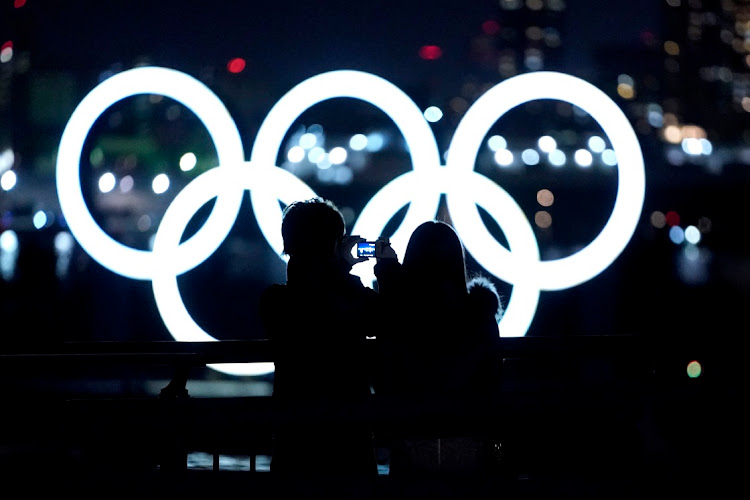 A visitor takes a photograph of illuminated Olympic rings floating in the waters off Odaiba island in Tokyo, Japan, in this January 14 2021 file photo. Picture: BLOOMBERG/TORU HANAI

As coronavirus swept the globe a year ago, Japan portrayed the postponement of the Tokyo Olympics and Paralympics as an opportunity as well as a necessity. The delayed games would be the light at the end of the tunnel, a celebration of humanity’s victory over Covid.

Now, with about 100 days to go, that promise looks not merely optimistic but flat wrong. The Olympics are approaching amid a resurgence of the virus in many countries and the opposition of the majority of the host nation. More infectious strains are gaining ground, and Japan’s vaccination programme is barely off the ground. The international picture is even grimmer. Brazil is recording more than 4,000 deaths a day, and India recorded more than 125,000 new cases last Wednesday alone.

Tokyo’s governor has said she would ask the central government to impose new measures urgently. Osaka, which saw a record high in cases last week, has already adopted strict new rules: its stretch of the torch relay will take place behind the closed gates of a park.  No overseas spectators will be permitted, and domestic ones could yet be banned.

But tens of thousands of athletes and officials, media workers and others will be descending on the Japanese capital. As things stand, there is no requirement for competitors to quarantine or be vaccinated, though they will be tested and told to follow strict rules.

Concerns have grown after dozens of athletes left the supposedly Covid-safe European Indoor Championships in Poland last month with coronavirus infections. North Korea pulled out of the Olympics last week. In January a poll found that 80% of people in Japan think the games should be scrapped or postponed again. The latter is not a feasible option, both for logistical reasons and because there is little confidence that everything will look rosy in a year. But scrapping this year’s games would be devastating for athletes, who in many cases might be losing their once-in-a-lifetime opportunity to compete or win.

The big issue, though the Olympic movement does not care to acknowledge it, is the billions of dollars at stake. Set against that are the lives that could be lost. Japan and the International Olympic Committee must ask themselves whether this event can really be justified. /London, April 12