ANN BERNSTEIN: Expropriation Bill is not as bad as portrayed, but the crux lies in implementation 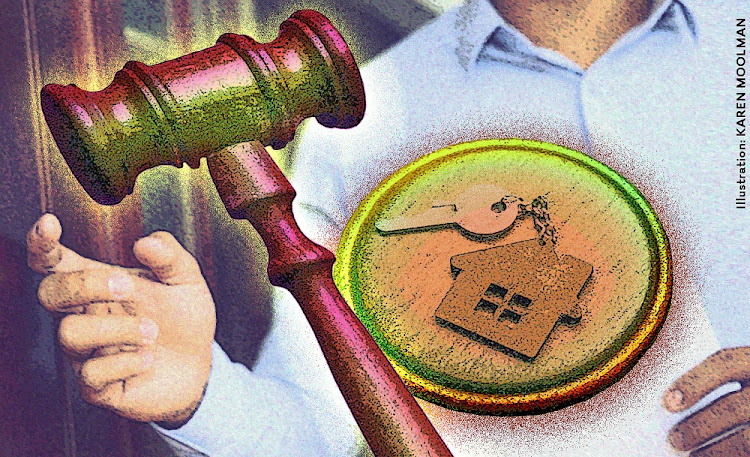 For a country desperate for higher rates of investment to ignite sustainable economic growth, the Expropriation Bill, and the headlines that have accompanied its passage through parliament’s consultation processes, could not have been more poorly timed.

Coverage of the bill has cast it as the legalisation of what is presumed soon to become a vast wave of theft and looting as officials across the land use their powers of expropriation to denude property owners of all kinds of assets, not just land.

No investor will commit resources to an investment with a long payoff period when there is a real risk that an official will arrive at their door with an expropriation order. The bill therefore risks further collapsing SA’s already low level of investment. This was, therefore, the worst possible time for the country to revisit its expropriation regime.

These consequences are compounded by the fact that, when examined closely, it appears the hysteria is (mostly) unwarranted. When compared with the provisions of the 1975 Expropriation Act, which the bill replaces, the changes being proposed are not that significant, nor are they all that unworkable or unreasonable.

That does not mean this is a good bill; amendments are essential to mitigate the risk that the exercise of the powers it provides for will lead to adverse consequences, even if they were not intended by the bill’s drafters. However,  it is important to know that the bill is not as bad as most of the headlines would lead you to believe.

The trouble, as ever, lies in the implementation. There exists a real risk that, despite the bill not making the vast changes to the existing legal provisions that some claim, its passage will inaugurate a period of far more aggressive, more frequent use of expropriation by the 250-plus state entities that already had these powers under the old legislation.

It is likely that at least some of these “expropriating authorities” have been taken in by the hype surrounding the bill and associated constitutional amendment process and will respond to its passage by embarking on an ill-founded programme of large-scale expropriation.

Should they do so, and should the courts apply the law, they will almost certainly fail to achieve their aims. But in the process they will do enormous damage to individual property owners, and to the perceived security of property rights. This in turn could have seriously adverse effects on the “investability” of the economy.

There is overwhelming evidence that societies that respect property rights grow more quickly and more inclusively than societies that do not. However, this does not mean no intrusion into any property right is ever desirable — for example, the National Water Act of 1998 changed the prevailing rights of land owners to use water occurring on their property, to reflect the rights of all other users. Amendment of some property rights is often necessary for growth, development and inclusion.

All societies give the state the right to expropriate property in the public interest. This necessary evil is an extremely intrusive and potentially dangerous power that should be used exceptionally rarely and only when absolutely necessary.

Precisely because of its intrusiveness, procedures for its use must be governed by the rule of law: clearly articulated rules that weigh all interests appropriately and are implemented with scrupulous fairness. Anything less, and property rights weaken, property values fall and serious economic and financial sector disruption may become inevitable.

We would argue that the protections must nevertheless be strengthened in a number of ways. The bill should state that the value of compensation is not assessed on the basis of what the expropriating authority can afford, and that the courts cannot use the availability of funds in an expropriating authority’s budget as a criterion when assessing the level of compensation that is considered just and equitable. Budgets reflect political choices, and politicians who choose not to allocate resources to acquiring land cannot expect the full burden of the costs of expropriation to fall on the property owner.

This is our understanding of the existing legal position and the position that will obtain after the bill is passed. However, it is important to make this explicit in the legislation to undo any misunderstandings about their powers that officials may have.

Three additional protections are needed to constrain over-use and the misuse of expropriation powers. First, while the draft constitutional amendment limits the payment of nil compensation only when the expropriation is done for the purposes of land reform, the current bill does not contain this limitation. It would, of course, be far preferable to complete the amendment of the constitution before drafting the bill, but either way, it is critical that the bill’s provisions regarding nil compensation match the limitations in the constitutional amendment.

Second, the potentially expansive term “land reform” must be defined. Our proposal is to link the definition of “land reform” in the constitutional amendment to the provisions of the constitution that envisage the restitution of land unjustly taken from black South Africans after 1913, and programmes of land reform enacted to achieve redress for past injustices. This would prevent authorities from seeking to expropriate land without compensation in pursuit of all other public purposes (such as road and housing projects, electrification programmes) and simply calling it land reform.

Third, and most critically, the bill would be greatly strengthened if officials involved in expropriations that are undertaken for corrupt and illegitimate ends are made criminally liable for their actions, and personally liable for the harm caused to the expropriated owner. A law that confers enormous powers should also impose great accountability for any misuse or abuse.

Twenty-six years after SA became a democracy, inequalities in access to and ownership of land remains a critical blight and source of political uncertainty. This reality is not rooted in any deficiency in the legal regime governing expropriation, but in the government’s failure to ensure clean, effective governance of the land reform process and allocate sufficient resources to make it happen.

The bill, though understood by almost everyone to be introducing a new order in which land reform is vastly accelerated, is being grossly oversold. If implemented as it is drafted (preferably with all our proposed amendments — only some of which are reflected in this article), it will deliver less land reform and less disruption than the public debate might lead you to expect.

SA’s land reform challenge is not about expropriation. This bill does nothing to address the underlying problems of government capacity, competence and integrity. And, to the extent that officials have themselves misunderstood what the bill allows and what it does not, it could make things considerably worse.

• Bernstein is head of the Centre for Development and Enterprise. This article is based on the centre’s submission to parliament on the Expropriation Bill.

ANN BERNSTEIN: Government’s good intentions for informal sector have fallen by the wayside

WANDILE SIHLOBO: Expropriation debate must not sap energy from agricultural ...

WANDILE SIHLOBO: Expropriation debate must not sap energy from agricultural ...