The debated constitutional amendment will create an arbitrary hierarchy of standards, in which South Africans sit at the very bottom 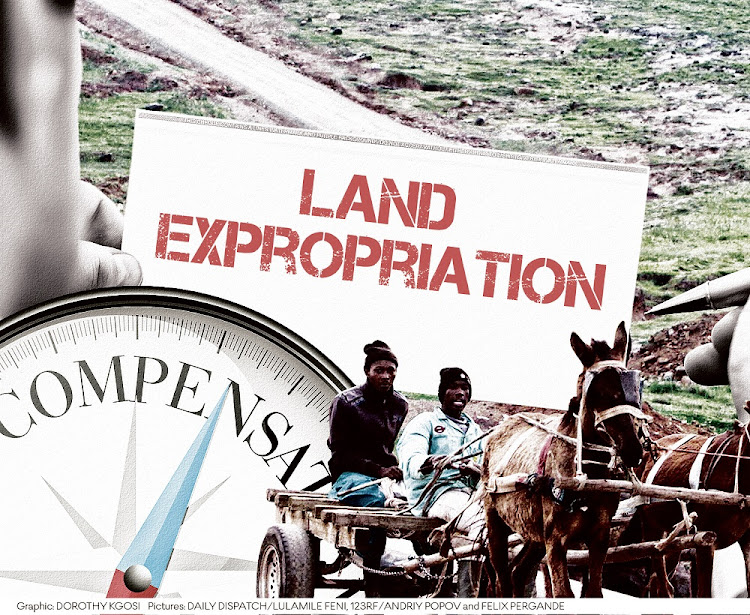 Parliament is debating two bills, one amending the property clause (section 25) of the constitution and another replacing the 1975 Expropriation Act to allow the state to take “land and any improvements thereon” without any compensation in some circumstances.

These circumstances include, but are not limited to, where the land is occupied or used by a labour tenant, is held for “purely speculative purposes”, is owned by the state, has been “abandoned”, or was acquired or improved with direct state investment or subsidy equalling or exceeding its market value.

Aside from the concerns that the list is open-ended and that key terms such as “speculative” and “abandoned” are undefined, the proposed amendments raise complicated issues centred on the interplay between constitutional and international law.

Expropriation has long been recognised as every state’s sovereign prerogative and a potent tool to achieve just aims, but it has always been subject to the payment of compensation. More than 80 years ago US secretary of state Cordell Hull (who later won the Nobel peace prize for his role as the principal architect of the UN) explained to the Mexican government that the amount, manner and timing of compensation ought, respectively, to be “adequate, effective and prompt”.

“The taking of property without compensation is not expropriation. It is confiscation,” Hull wrote in a letter to the Mexican ambassador in 1938. His “Hull formula” subsequently became recognised as part of the “international minimum standard of treatment” owed by all states to foreign citizens under customary international law.

The mooted law reforms thus not only violate the fundamental constitutional norm of equality before the law, they pose a perversely disproportionate risk to individual black SA landowners

While the word “adequate” in the Hull formula was historically interpreted to mean market value, customary international law has increasingly inclined towards a more flexible standard of “appropriate” compensation, reflected in resolutions adopted by the UN General Assembly in 1962 and 1974, at the urging of newly independent and other developing countries.

While this is widely seen as expanding the state’s freedom to expropriate by requiring less than market value in appropriate circumstances, the development in fact imposed new fetters on the state’s freedom under customary international law as it came to recognise compensation as a right a state owed not only to foreigners but also to its own citizens.

Accordingly, when SA’s new constitution was finalised in 1996 it entrenched the right to compensation for expropriation that is “just and equitable” (in amount, manner and timing), and for which market value is only one factor to consider. This right is guaranteed to foreigners and citizens alike.

On the face of it, the debated constitutional amendment will likewise diminish that right for foreigners and citizens alike. But the reality is much more complicated. In truth, it will create an arbitrary hierarchy of compensation standards, in which South Africans regrettably sit at the very bottom.

On top of customary international law SA (like many other countries) has entered into bilateral investment treaties (BITs) with various foreign governments, which invariably afford their nationals the right to immediate market value compensation for expropriation as well as the right to claim it under international arbitration (bypassing SA’s courts).

By 2012, a total 22 such BITs were binding on SA, and though the government has since unilaterally terminated more than half of these (including those with key investors such as Germany, France and the UK), they have “survival clauses” that make them enforceable by pre-existing investors for up to 20 years after termination.

Moreover, SA has not manifested any intention to terminate its BITs with big investors such as China, South Korea and Russia, despite these being just as restrictive of the government’s power to regulate (and expropriate) foreign investments. It has likewise retained its BITs with no less than 23 African states, including Nigeria, Africa’s biggest economy; and Mauritius, a key gateway for holding third country investments in Africa (for example the US, which has never had a BIT with SA).

SA’s BIT with China requires compensation for expropriation to be “at least equal to the market value of the investment”; “effectively realisable” (in the form of freely convertible currency); and “made without delay” (on pain of paying “interest at a normal commercial rate”). Chinese enterprises may enforce these requirements by taking SA directly to international arbitration.

In addition, SA is bound by the 2006 Southern African Development Community (Sadec) Protocol on Finance & Investment. Though SA spearheaded a recent amendment to the protocol to replace the Hull formula with a standard of “fair and adequate” compensation, it still does not allow “nil” compensation, as the constitutional amendment will do.

The labyrinthine result of this is that foreigners will be legally entitled to more compensation than South Africans, and some foreigners will be entitled to more than others — depending on where they are from, when they acquired their land and when the expropriation takes place. Thus, if the state expropriates an expanse of land (whether agricultural, industrial, commercial or residential) that includes multiple plots owned by citizens and foreigners:

The “nil” compensation calamity can thus only befall SA citizens or corporations that have no dual nationality or foreign shareholding. The mooted law reforms thus not only violate the fundamental constitutional norm of equality before the law, they pose a perversely disproportionate risk to individual black SA landowners.

Ostensibly, the bills under consideration are aimed at redressing the egregious programme of arbitrary land dispossession that blighted pre-democratic SA, and meet the constitutional promise of a more equal society. But providing “nil” compensation for some and not others reminds one of Orwell’s aphorism in Animal Farm that “all animals are equal, but some animals are more equal than others”.

• Leon is a partner and Africa co-chair at Herbert Smith Freehills.

SA, Nigeria and Egypt have not signed up to crucial aspects of the African Continental Free Trade Area
Opinion
1 year ago
Next Article