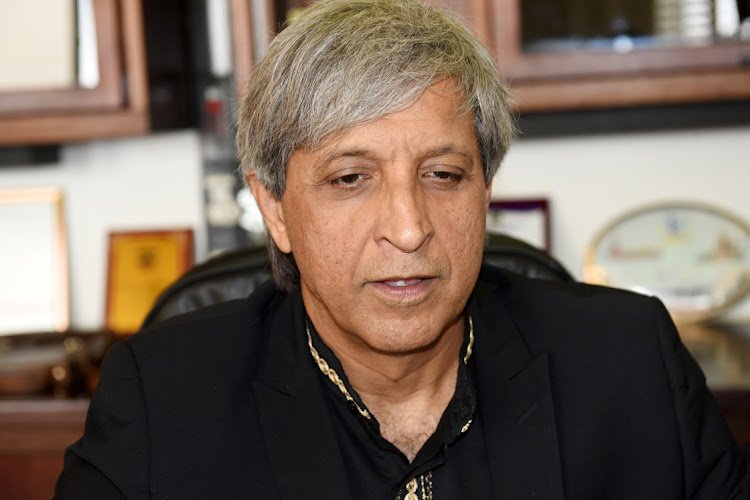 I write in defence of Adam Habib, who is undergoing a terrible trial at the University of London’s School of Oriental and African Studies (SOAS), of which he was recently appointed director. Habib has done nothing wrong and deserves to be fully exonerated.

For readers who might be unfamiliar with the saga, Habib verbalised the “N-word” in a webinar discussion with students in response to a question about the word. He did not use the word in a derogatory manner, or direct it at any person. While there is no room for doubt about this, his detractors have contrived to present it as an attack on black people. As a consequence, Habib has been pilloried, and worse.

From within SOAS he has been accused of being “a director who is racist”, of demonstrating a “willingness to attack and harm individuals”, of being a “danger to learners”, of using “state violence on students in SA” (a reference to his efforts to secure the global reputation of the University of the Witwatersrand and prioritise the safety of students and staff in the face of threats of actual physical violence), and — most outrageously — of being a “white supremacist”.

Intent must matter, and it is indisputably clear that Habib had no malicious or harmful intent in what he said, even though in the context of identitarian politics run mad, such intent is imputed by default. In explaining himself in a sequence of tweets, he made this point when he wrote: “You cannot impute maligned intention without understanding context.”

It is clear that Habib was simply participating in an academic debate, which is a perfectly good and reasonable thing to do, and central to what universities do. However, the implication of the trial that he is being forced to endure is that free and reasonable debates within an academic context will become impossible to pursue.

As Habib wrote: “I think the way this [identitarian] politics manifests through its targeting of individuals and labelling has the effect of silencing people. Daily people complain about how self-appointed activists determine what is acceptable or not and how intolerant they are of alternative views. This is particularly destructive in a university which is meant to enable competing ideas.”

Absurdly, in the face of the now baying mob, SOAS has suspended him and is investigating his conduct. To their credit, educationist and columnist Jonathan Jansen and journalist and columnist Justice Malala have come to his defence. A handful of others have almost done so but in a qualified fashion, suggesting that he erred or was not sensitive enough and should, therefore, given his track record “in the fight against apartheid” most absurdly, be forgiven.

That is little better than endorsing the mob, because it seeks to appease it by evading the critical fact that he did nothing wrong at all and there is therefore nothing to be forgiven for. When you think of how prominent Habib was as a commentator in SA, how many firms used his advice, how many civil society groups endorsed that advice, how many academics counted him as a colleague, and how many newspapers and editors sought out his opinions, it is frightening to consider the extent to which he has now been abandoned to face that mob alone.

I challenge some of those to unambiguously stand up for him, because if you don’t there must be no doubt that one day the mob will come for you. What is at stake here, and why groups and individuals even beyond those who know him, should also speak in his defence, is the reputation of an innocent individual beyond whose fate rests the question of whether there is a future for the free articulation of ideas and debates in academia and society more broadly.

Zuma’s letter is a hodgepodge of conspiracies, pre-emptive strikes at the judiciary, and straw man arguments, in which he mischaracterises ...
Opinion
8 months ago