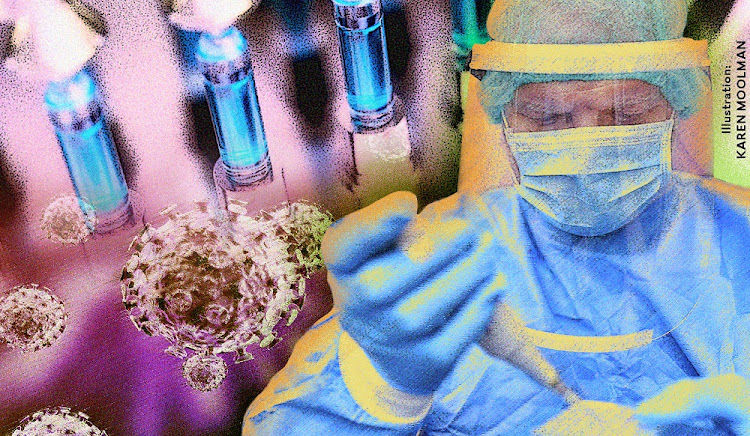 The Covid-19 pandemic has often been described as a “once-in-a-century” occurrence, but the reality in the light of the cumulative record is that the likelihood of another pandemic occurring in our lifetime is high.

Driven by factors such as climate change, deforestation and the rise of antibiotic-resistant bacteria, the risk of novel disease outbreaks has been steadily increasing in recent years.

mRNA vaccines, such as those developed for Covid-19 by Moderna and Pfizer/BioNTech, have the potential to be quickly adapted to fight new diseases and thus hold the key to preventing future pandemics.

In a recent symposium at Columbia University that focused on Covid-19 vaccine development, strategy and implementation, Moncef Slaoui, the former director of the US’s Operation Warp Speed, described mRNA vaccines as a useful platform technology that can be quickly adapted and authorised by the US Food and Drug Administration in response to new variants of Sars-CoV-2.

Slaoui also highlighted the potential of mRNA vaccines to be quickly developed for other viruses such as influenza, which has been identified as the most likely agent to cause the next pandemic. The adaptability of mRNA vaccines will make them an indispensable tool in fighting future epidemics and preventing outbreaks on the scale of Covid-19.

To be better prepared for disease outbreaks in future and accelerate global vaccination efforts for diseases such as malaria, measles and polio, global vaccine manufacturing capacity must be increased through investment in capable facilities. This is particularly necessary in continents and regions such as Africa, South America and the many former satellite states of the former Soviet Union that have limited vaccine production capabilities.

By developing manufacturing centres in these regions local governments will be better able to combat disease outbreaks and support mass vaccination efforts in future without having to rely on foreign suppliers that have their own priorities.

Upscaling vaccine production capacity worldwide will be easier than it has been in the past because mRNA vaccines are cheaper and quicker to produce than traditional vaccines. For example, the vaccine for mumps took four years to design and produce. Deploying modern gene based technology, Sars-CoV-2 vaccines took nine months, and with much of the regulatory procedure already out of the way that timeline can be compressed in response to future epidemics.

Moreover, new Covid-19 mRNA vaccines in development by companies such as Arcturus, Chimeron Bio and CureVac are designed to be shipped and stored at household refrigerator temperatures and will therefore be less reliant on ultra-cold chain storage, making them more accessible to people living in remote areas or in the poorer countries of the developing world.

Many of the next generation of Covid vaccines in development are based upon self-amplifying RNA technology which, when compared to the mRNA vaccines now available, promote a much stronger and more sustained immune response after only one injection.

From a practical standpoint, both mRNA and self-amplifying RNA vaccines have similar low-cost and high-efficiency production methods, making it easier to establish manufacturing units in middle-income and low-income countries. Furthermore, the production of all RNA based vaccines is compatible with traditional vaccine manufacturing infrastructure.

RNA-based technologies could also be used to produce vaccines for other human and animal diseases, which would help to mitigate the risk across the spectrum of novel disease outbreaks in all countries.

The equitable distribution of Covid-19 vaccines remains a serious issue that could have long-term repercussion for both low-income and high-income countries if it is not addressed immediately. Ezekiel Emanuel, vice-provost of global initiatives at the University of Pennsylvania, pointed out at Columbia University’s vaccine symposium that up to mid-January high-income nations had secured 4.2-billion of the total 7-billion Covid vaccine doses under contract. In some cases high-income countries had secured doses for more than 100% of their populations.

By contrast, the World Health Organization’s (WHO’s) Covax facility hopes at best to secure 2-billion doses for lower-middle income countries by the end of 2021. Without efforts to vaccinate both high- and lower-middle-income countries in the same time frame, Covid-19 will continue to circulate in many countries, which could produce recurrent international outbreaks and prolong global recovery from the pandemic.

The US rejoining the WHO and President Joe Biden’s commitment to more US funding for the Covax facility gives the global Covid vaccination effort a more optimistic outlook. But it might be too little too late.

In the context of a pandemic, any delay in access to vaccines, as Africa is now experiencing with respect to Covid-19, will have disastrous consequences in terms of lives lost and economic opportunities missed. With an increased capacity to manufacture vaccines in regions now underserved, the time required to reach herd immunity on a global level can be reduced dramatically.

A Columbia University/Brenthurst Foundation research report released in early January by WHO director-general Tedros Ghebreyesus at the Schmidt-Futures Forum on Preparedness noted that Egypt, Kenya and SA are well placed to become major vaccine producers if sufficient resources are invested in enhancing their capacities.

A key player in SA is the Biovac Institute, a Cape Town-based company established as a partnership between the government and private sector. The estimate is that Biovac could produce up to 30-million Covid-19 vaccines per annum.

The Coalition for Epidemic Preparedness Initiative (CEPI) has identified Biovac as a possible partner for vaccine production. In addition, pharmaceutical company Aspen Pharmacare announced in November that one of its subsidiaries had entered into an agreement to produce the Johnson & Johnson vaccine candidate. In relation to this, Aspen is investing in its Port Elizabeth-based facility, which could serve as a manufacturing site with the potential to produce up to 300-million vaccine doses per year.

While recovery from the pandemic remains an uphill battle, there is no doubt that the challenge would be greater without newly developed Covid vaccines. The development, authorisation and deployment of a highly efficacious vaccine for any disease is a monumental achievement in and of itself. Doing so for multiple vaccines in response to Covid-19 less than 12 months after Sars-CoV-2’s genome was published is breathtaking by any standard and is likely to go down as one of modern science’s greatest achievements.

If the world works together to increase access to mRNA vaccines that can be quickly adapted to a new pathogen, the next pandemic could be stopped quickly in its tracks.

• Dr James is a senior research scholar and Rubin-Thompson a research assistant, at the Centre for Pandemic Research, Institute for Social and Economic Research and Policy at Columbia University.

Egypt leads the way due to early action to secure doses and pre-existing manufacturing capacity, research shows
Opinion
3 months ago

WILMOT JAMES: With Madiba gone, a new champion is needed to nurture children

With the US under Donald Trump having pulled its funding of the WHO, a co-ordinated global response is more urgent than ever
Opinion
1 year ago

Interrupting schooling should never be done lightly, especially in a country with such a lack of digital connectivity, writes Wilmot James
Opinion
1 year ago

The coronavirus has shown how extraordinary events can disrupt life. We must prepare for these
Opinion
1 year ago
Next Article