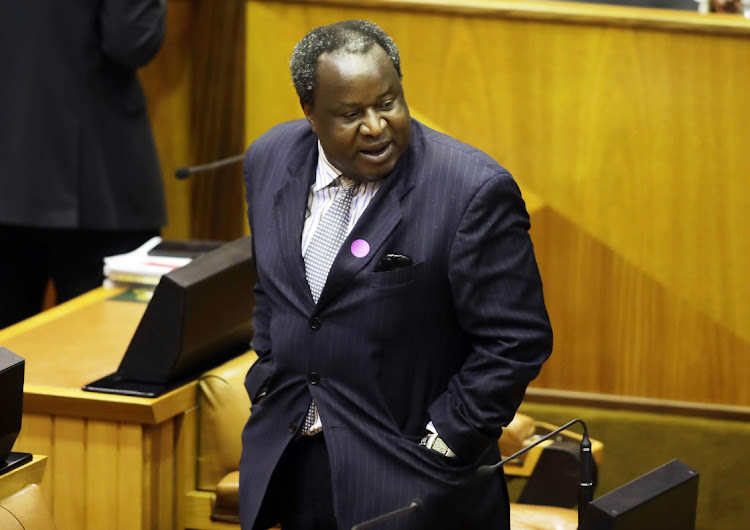 When President Cyril Ramaphosa's launched his drive to secure new investment in SA of R1.2-trillion it appeared that investment was rightly regarded as the best way to tackle the country’s most pressing economic and social challenge — the world’s worst unemployment problem.

So far the investment conferences have seen pledges of about half this amount, but will it make enough difference? Big companies starting big projects do bring big benefits, but the government itself needs to come to the party, creating the optimal conditions for companies big, small and embryonic to start new ventures.

Despite the president’s investment red carpet, the wider economy remains an investment dust bowl.  And last month’s budget presented by finance minister Tito Mboweni lacked a basic understanding of how to dig the economy out of this dusty hole.

And investment capital is created via savings. When we tax the key pillars of investment — capital formation and savings — it is the equivalent of eating the seeds you need to plant for growth. Hence my fear of an economic dust bowl.

Wealth taxes, capital gains tax, transfer duties on property and death duties are all diverting capital from where it is needed into a fiscus where it does not lead to greater production — eating those seeds at an alarming rate.

Meanwhile, some taxes raise the investment hurdle rate.  Dividend taxes and company taxes. To his credit, Mboweni has promised a lowering of corporate tax, just not for a while. At the same time as he giveth, he will of course taketh away. Targeted investment incentives have their critics, and I have been one of them. However, when thoughtfully implemented they have been shown to boost investment, create jobs and support skills training, the greening of the economy and BEE.

Do they need a thorough review? Oh, yes. But what Mboweni has announced is not a pruning exercise; he is wielding a chainsaw. When a batch of incentives schemes are due to expire the undertakers will be summoned and they will be laid to rest. No further review, no appeals process.

There has been an outcry about one investment incentive in particular that supports venture capital, which is called Section 12J. It is due to close down on June 30 when a so-called sunset clause is triggered. The reason given for the termination is that some of the projects that have enjoyed S12J support do not resonate with what the National Treasury had expected. Some, but not all. There are hundreds of others now on death row that tick every box in terms of transformation, job creation, rural development and skills development.

The mega projects that are rewarded by a handshake from the president (or were in pre-Covid days, before handshaking became a mortal sin) cannot and must not be dismissed. However, it is the start-up firms, the small businesses, that are our future in terms of significant potential job creation, growth, rural development and so on.

Being slapped with a big corporate tax bill is just a dream for a start-up company. Before it starts to pay tax it needs to start producing, to start selling, to start growing, taking on new employees. These are the businesses that need investment incentive support today, so that tomorrow they can produce the next generation of Elon Musks and Mark Shuttleworths — hopefully a generation that will remain in SA and use its talents to help drive our economy forward.

Not only is it damaging to remove a raft of business-friendly support measures, but it creates uncertainty.  Here today; gone tomorrow. What happens the next day? Dust! Such policy uncertainty is the biggest reason some people — local and foreign — don’t want to invest in SA.

The government sets up a whole new scheme. The private sector invests in the channel that is created — but then the bureaucrats shut it down on a whim, without proper consultation. They crush it like a bug. Arbitrary decisions on whether a business can operate are bound to damage investor confidence, and the reasons given for the Treasury’s S12J U-turn don’t ring true.

In a normal world, the Treasury would be right. Some S12J projects involving the establishment of hotels, game lodges and similar property investments might not have looked entirely appropriate as community development schemes. But we are not in a normal world. This is a world where the wrong policy mix drives people to invest offshore.

S12J has been shown to stop this money going offshore; the cash has been invested onshore because of this incentive. A few S12J investments may have a tinge of elitism, but even they do create jobs and uplift a micro-economy.

It is worth recalling that when S12J was launched the architects never explicitly said what was wanted. No guidance on preferred investments was offered, other than a specific list of what was prohibited, such as alcohol or tobacco schemes.

A list of unapproved and approved investments may have lurked in the dark subconscious of government thinking, but the investment community didn’t have many clues on what was favoured or not favoured.

Important as it is, the president’s investment drive looks at the big picture but ignores the smaller picture, where the real prospects for job creation lie. The PR campaign that SA is open for business rings less and less true when you see the latest budget.

Is it really wise for the Treasury to insist there is a choice between lowering corporate tax and continuing incentives, such as S12J for venture capital investment? When we look at the scale of unemployment in SA, it’s hard not to conclude that we need both.

Unless our vision reaches no further than a dust bowl.

Operation Vulindlela: An uphill all the way

Operation Vulindlela: An uphill all the way