It takes more than a single agency to fight corruption 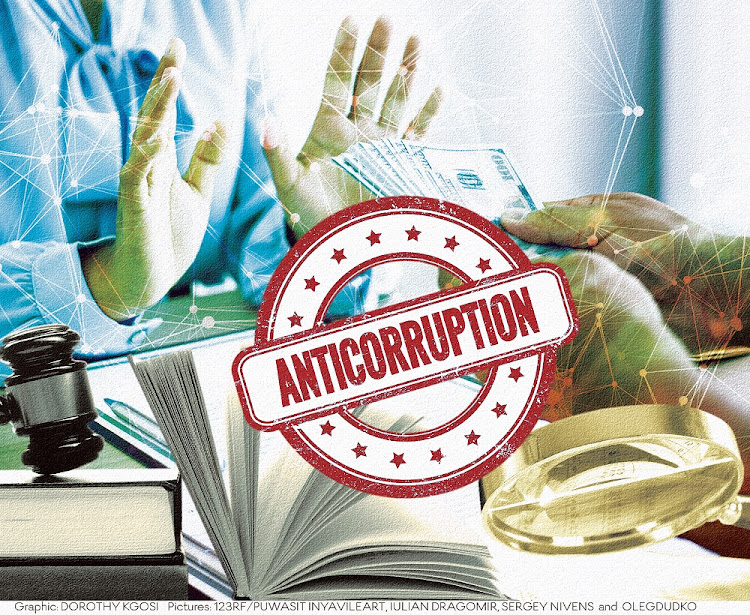 Human instinct is to set up an institution to deal with big problems. That’s one reason we have so many ministries of this, that and the other. But establishing yet another body — on its own — will not necessarily resolve endemic corruption.

In his state of the nation address of February 11 President Cyril Ramaphosa mentioned tackling the scourge — not uncommon in his recent speeches. Covid-related corruption is just the latest episode in a long-running saga of fraud, malfeasance and theft. The president said: “We will shortly … [see] the establishment of an independent statutory anticorruption body that reports to parliament.”

The lack of a powerful, independent single corruption-busting agency in SA was pointed out way back in 2007, in the African Peer Review Mechanism’s country review report. It noted that fighting corruption was diffused: “Unlike several countries, [SA] lacks one supreme, independent corruption-fighting body, relying instead on improved co-ordination between several anticorruption institutions …

“While the presence in SA of no less than 12 agencies that have anticorruption as part of their mandate is proof of the strong political will to tackle corruption, the sheer number of agencies makes an integrated national approach to the problem difficult.” Fourteen years later, this suggestion is now on the table.

But do these supreme anticorruption agencies work? More than 20 African countries have created central antigraft institutions since the 1990s. Often modelled on Hong Kong’s Independent Commission Against Corruption, they have sweeping prosecutorial powers. But they have not helped to significantly combat corruption. For example, Malawi dropped seven points in the Transparency International Corruption Perceptions index between 2012 and 2020. In the same period Kenya dropped four points, Angola five and Mozambique six.

Well-known Kenyan corruption fighter John Githongo says graft is worse in Africa now than 20 years ago. Prosecution is a blunt instrument and “the thieves have far better paid lawyers than the government’s judicial officers”. He warns against an anticorruption agency becoming an “orphan outside the centre of executive power, where most corrupt transactions are given the green light or conjured up from”.

Having been created, Githongo says, “these agencies gain a bureaucratic life of their own and are good political distractions for the elite because they occasionally announce investigations and arrests that the media love, but prosecution is rare except during periods of dramatic transition, like in Angola”.

The experiences of Malawi’s centralised Anti-Corruption Bureau (ACB), which began operations in 1998, are instructive. The ACB faced many challenges: narrow definitions of corruption that made securing convictions difficult; chronic underfunding; excessive donor dependence; understaffing and many senior vacancies, partly due to uncompetitive salaries; high building rentals and lack of proper security.

The director of public prosecutions has played gatekeeper in refusing consent on high-profile cases. The ACB was physically harassed by youth militia. “Institutions to safeguard our constitution are dependent on the executive for funding,” said Malawi Law Society president Charles Mhango in 2005. “They can’t raise money independently. In a way, the government owns them because the government funds them, and thus their independence and efficiency are compromised.”

Any effective anticorruption institution cannot thrive in a vacuum. In an SA Institute of International Affairs (SAIIA) study from 2008, Marianne Camerer, then head of Global Integrity, concluded that a single agency is not enough. It “need[s] to be supported by an institutional matrix of legal and oversight systems to ensure effective prosecution of offenders … regaining public trust in responsive democratic institutions should be the driving force behind anticorruption reforms.”

Many governments have used anticorruption crusades to go after political enemies. One’s friends are never corrupt; one’s enemies always are. This quickly undermines public faith in “zero tolerance” campaigns. When the agency sets its sights on the big fish, the establishment does all it can to hobble and hinder its operations. When there are no consequences or convictions, it all seems like an elaborate political charade.

Remember the corruption-busting Scorpions, who had both investigative and prosecutorial powers? They were independent and efficient, but were disbanded in January 2009, after the ANC took the decision in Polokwane in 2007. This showed how things can move when powerful interests are directly threatened.

Fighting corruption is not simply about putting legal mechanisms or institutions in place to deal with individual behaviour. It has to be more than that — a whole ecosystem is needed to truly tackle the task. It takes sincere political commitment, a deep data-supported understanding of the corruption problem, and sufficient resources and independence to do the job. This is difficult where the rule of law is seldom respected.

The SA public might have high expectations of this new agency, but we should proceed with caution. If the Zondo commission on state capture has taught us anything, there must be scrupulous application of impartiality in key appointments to this agency, and extreme vigilance and protest when honest people are sidelined, hamstrung or co-opted. There has to be a national mindset and an anticorruption environment that does not tolerate patronage, procurement fraud or politicisation. Even the best institution can fail in an environment where personal or party interest trumps national interest.

SA also needs to devote more resources to its existing crime and anticorruption fighting agencies, such as the police and prosecutorial services. It is unclear how the new anticorruption agency would fit in with the many institutions the country already has, including the Hawks, the Special Investigating Unit, the public protector and the National Prosecuting Authority.

The government should avoid overlapping mandates, and grant the institution sufficient powers, independence and resources to do its job. Otherwise we are simply setting this body up for failure.

• Gruzd is head of the African governance & diplomacy programme at the SAIIA.

Not all corruption can be laid at the door of BEE. There are structural features of rent distribution that allow for this scourge
Opinion
1 month ago

Black empowerment ‘is not corruption’

SA’s mining licensing regime in need of a major overhaul

Amid concern over SA yet optimism too, investment is hobbled by continued uncertainty
Opinion
1 month ago