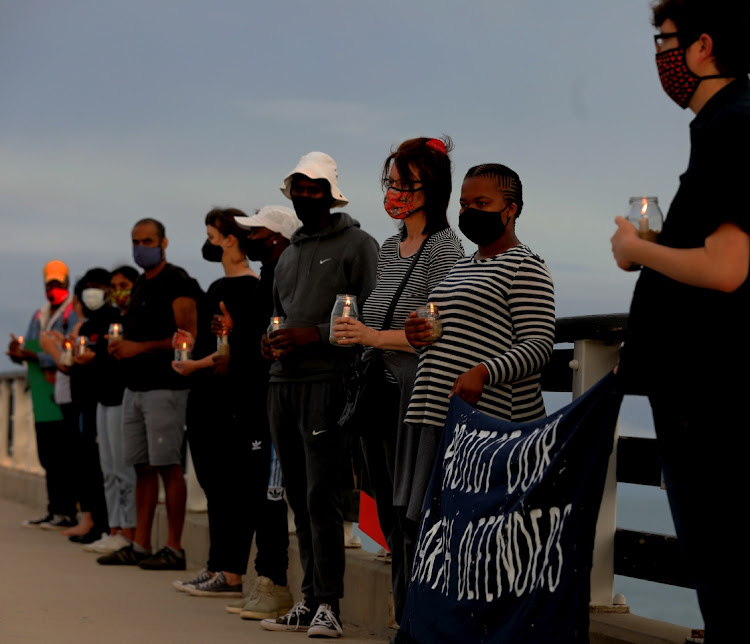 It is almost five months since environmental activist Mama Fikile Ntshangase was gunned down in her home in Somkhele, KwaZulu-Natal, after raising concerns about a coal mine in the area. No arrests have been made. Ntshangase had received threats to her life but carried on with what she perceived to be the only way to protect her community’s health and livelihood.

On March 3 the UN expert on human rights defenders used Ntshangase’s story to begin a new report to the Human Rights Council in Geneva that highlights the risks under which many environmental defenders operate, and the widespread attempts to silence their voices.

SA environmental justice groups have urged the government to carry out a prompt, thorough and impartial investigation into Ntshangase’s killing and ensure that those found responsible are held to account. But her family is still waiting for justice.

Beyond the individual tragedy and injustice, there is another reason UN expert Mary Lawlor highlighted the SA case in her global report. Killings of activists create an environment of fear and can have a chilling effect on the people around them. Or, as Lawlor framed it, “there is no more direct attack on civil society space than the killing of human rights defenders”.

One of us has been living in fear for years due to regular threats related to his environmental activism. As a community rights defender opposing coal mining in Fuleni, a small rural village not far from the place where Ntshangase was killed, Billy Mnqondo heard gunshots at the gate of his house and was warned by community members that he and his family will be in trouble if he continues to oppose mining.

When, in 2018, Human Rights Watch visited Somkhele, Fuleni and other communities affected by mining, some activists confirmed they were afraid to speak out about the impact of mining in their community, especially after Sikhosiphi “Bazooka” Rhadebe, another prominent environmental rights defender, was killed in Xolobeni in 2016.

Despite the global decline of coal, partly due to the Covid-19 pandemic reducing electricity use and industrial production, SA still accounts for more than 90% of coal production in Africa. The absence of effective government oversight has allowed mining to harm the rights of communities countrywide in various ways. SA’s coal industry has depleted water supplies; polluted the air, soil and water; destroyed arable land and ecosystems; and often resulted in displacement and inappropriate relocations of graves.

Violence and intimidation against those who raise their voices to defend their right to a healthy environment is endemic in SA. Human Rights Watch, in its 2019 report published jointly with groundWork, the Centre for Environmental Rights and Earthjustice, documented how activists in mining-affected communities countrywide have experienced threats, physical attacks and property damage that they believe is retaliation for their activism. Most of these cases are not widely known and have not made headlines such as the killings of Rhadebe and Ntshangase. Yet investigations into these killings or other attacks are moving only slowly, if at all.

Other, less brutal ways to silence the voices of environmental rights defenders are nuisance lawsuits, known as “strategic lawsuits against public participation” (Slapps) — baseless cases brought forward by companies to intimidate and burden activists with the onerous costs of mounting a legal defence.

SA’s courts are beginning to take a stance against these tactics. In February, the high court in Cape Town issued a ruling that strengthens the constitutional right to freedom of expression. The court held that a defamation suit brought by an Australian mining company, Mineral Commodities, and its local subsidiary against three attorneys, two activists and a social worker regarding their statements about its operations, is an abuse of legal process. The defamation trial may still proceed, but activists can now defend themselves by arguing that the court should assess the Slapp nature of the case.

After this ruling it will be harder for corporations to use SA’s legal system against citizens and activists to silence and intimidate them when they raise human rights concerns or seek accountability for past abuses.

• Rall is a senior environment researcher at Human Rights Watch and co-author of the report, ‘We Know Our Lives Are in Danger: Environment of Fear in SA’s Mining-Affected Communities’. Mnqondo is an executive member of the Mfolozi Community Environmental Justice Organisation.

Tendele mine expansion on the line over community opposition