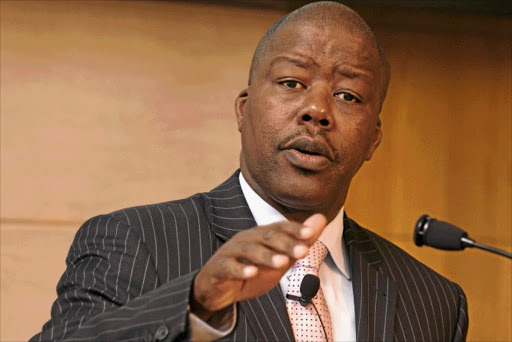 It is a hard ask to eulogise and write an obituary for any man — to capture in words not just the biographical dates and key milestones that make a life, but to use words to distil and describe the essence of a person; their solemn moments filled with both small joys and sorrows, their quiet personal reflections and the unique qualities that illuminate one’s soul.

How much harder to do so for a man with so many qualities, a pioneer who led the way and inspired a new generation of black executives to conquer SA’s corporate boardrooms.

Given the arc of his professional life, the extent of his accomplishments, the accolades he has so rightfully won, it is both tempting and easy to think that Peter Matlare had it easy and glided through life without challenge and slight.

Born in the 1950s, Peter Bambatha Matlare — the only son of a lawyer and teacher — would go on to study in England and return to his native land and scale the heights of corporate SA — first as a corporate financier for Citi Bank in the twilight years of apartheid, later as an organising force for big business at Business SA, and finally coming of age as a “captain of industry” by commanding the boardrooms of such iconic SA companies as the SABC, Vodacom, Tiger Brands and Absa.

Matlare understood, better than most, the unique challenges facing aspiring black executives in SA’s racial and class context. And that without strong, vocal and unwavering sponsorship and support, black (especially black female) talent often found itself marginalised and outside the “inner circle”.

In my experience of working for and alongside him, Peter was generous in sharing his wisdom and lived experience. His passion for Africa’s development was infectious. And he was not shy to provide unvarnished opinions of where he thought SA and Africa should be headed.

But for all his excellent and considerable personal and leadership qualities as well as his sharp business and commercial acumen, his story cannot be fully told without it being located within SA’s broader economic transformation challenge and specifically, the promotion of black executives.

One such terrain of this challenge relates to the apparent “double standards” applied in measuring the success or failure of an executive’s tenure.

To demonstrate this, an even cursory comparative study of the press coverage during the latter years of his tenure at Tiger Brands, compared with that of two of his successors (who, arguably, presided over the worst period of shareholder value destruction at Tiger) proves that, to this day, black executives are held to a different standard than others — where every mistake is magnified; every decision re-examined; and every appointment questioned.

Of course this is not unique to the private sector; there are many other areas where the pattern is similar.

For those of us fortunate to have worked with and alongside him, who were equal parts inspired and awed by him, Peter’s passing is rightfully a time of mourning, but also a time to celebrate a special life and person.

But I believe it should also prompt progressive South Africans, those invested in the transformation of our economy and country, to pause and allow for some self-reflection.

With honesty, regardless of our title, corporate rank and salary, we must ask: how do we produce the next generation of Peter Matlares?

Knowing and having observed his devotion to not just his work but also his wife, Mam’ Nomvula, and children, it is also a question I ask myself — as a man and professional.

What made Peter such an inspiring leader was his ability to be human. It was precisely because he could admit to imperfection, to not having all the answers — because he could be so full of good humour, even the occasional outburst of anger — that we loved him so much.

I myself was on the receiving end of a few rebukes, especially on one occasion where, as chief of staff to our group CEO, I had mistakenly given him the wrong briefing note for a meeting with the governor of a central bank of one of the countries for which he was responsible. And to make matters worse, the team had messed up the scheduling and he had to literally sprint, in withering heat and humidity, from one side of a Bali resort to another during the annual meetings of the World Bank and IMF.

Above all, Peter was a man of flesh and blood — a husband, a father, a brother, a friend and a boss. And that’s why we learnt so much from him, and that’s why we can learn from him still.

Indeed, none of his considerable achievements were inevitable.

• Khoza is principal of corporate and investment banking at  Absa. He writes in his personal capacity.

Where are the new ethical leaders who can right the ship of state as Tito Mboweni, Trevor Manual and Thabo Mbeki did?
Opinion
1 year ago