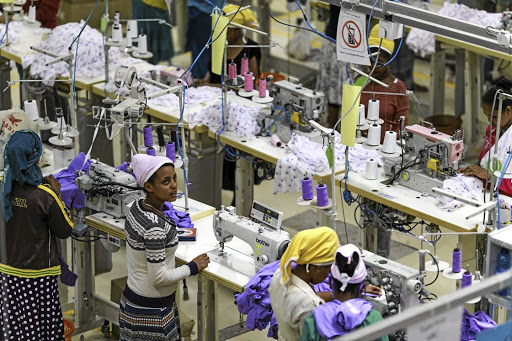 The government recently published an innovative, landmark and developmental rebate on imported textiles. The outcome of intensive though collaborative negotiations between government, labour, retailers, clothing manufacturers and textile manufacturers, it is helping to break an acrimonious, decades-long deadlock in the value chain.

The well-worn value chain debate over decades has been as follows: downstream producers and retailers wanted to improve their fortunes and reduce their costs by removing duties on textiles that are not produced in the country. But upstream textile producers correctly argued that differentiating between the duties of locally available and non-available textiles in the tariff book would deindustrialise the domestic textile manufacturing industry and kill jobs: huge tariff loopholes would be created for fraudsters to exploit to illegally import all forms of textile products — not only those that are not locally made.

There has been merit to both positions. But no progress could be made while the matter remained an apparent and vexing trade-off between sectors and jobs. That is until our value chain came together through the Retail, Clothing, Textile, Footwear & Leather (R-CTFL) Masterplan, which provided social partners with a platform to negotiate and leverage a broader range of tools and commitments to offset risks from such a rebate.

Masterplans are based on social dialogue. Their foundational belief is that collaboration between government, business and labour in industries can unlock growth and usher in a new dawn for SA’s industrialisation, employment, inclusivity and decent work. Their method is a process of getting social partners to agree on common visions and mutual interests, and then to negotiate, explore, and find consensus on ways to achieve those interests, and finally to play a more central role in proactively shaping and implementing the plans.

Within the R-CTFL Masterplan social partners have coalesced around the fact that we share a collective task to achieve more inclusive and jobs-rich growth on the back of increased localisation, competitiveness and decent work. This does not mean everything is always “kumbaya”. Disagreements and distance still exist on issues. But our futures are intertwined and we must try to find solutions where we can. It is an incremental process but the new rebate shows it has definitely started.

On the ground we are hearing praise for the masterplan among retailers and manufacturers, and excitement for the boldness of this rebate. But a few recent detractors in the media have voiced criticisms. They may not understand the rebate and the industry properly or are grinding ideological axes. Or they may simply be trying to create alarm for self-serving purposes to benefit off the supposed impending crisis they are marketing. One doomsday-crier in the media, Donald McKay, laments the rebate as “the most complex piece of trade legislation in the country” and then conveniently offers his help to potential customers to deal with it (“The tangled warp and weft of the textile industry”, February 16).

There are few local textile factories left in SA that can produce retail-relevant woven fabrics, and those mills can only supply a small slice of the very large volumes and variations of total demand. To protect those mills and their jobs and grow their capacity and number over time, the rebate proposes that sufficient supply from those local mills should be procured through offtakes following which industry can be rewarded with cheaper imports of such fabrics. Over time, changes will be made to the rebate, which will incentivise further local textile production and sourcing, supported by investment in the sector and competitiveness enhancement.

Other false concerns have been raised that the rebate prevents exports and somehow prejudices SMMEs. But exporters still have other options, including using other existing textile rebates specifically intended for exports. In addition, the overwhelming majority of members of manufacturers that have signed onto the masterplan and will benefit from this rebate are SMMEs.

Finally, some media critics have bemoaned that the rebate is linked to labour compliance and bargaining councils. In fact textile rebates have long been linked to labour compliance. For good reason. Rebates are concessions offered by the state to private companies and the state is allowed to place expectations on voluntary applicants, including that they meet particular standards.

Why should companies that shirk labour compliance and treat workers illegally be allowed to benefit from state dispensations? Why would we want our state to aid and abet entities that defy the rule of law?

Surely even determined critics must be able to agree that the rebate is better than the zero-sum game of a decades-long deadlock. This scheme may not be a blanket reduction or rebate on textile duties. But textbook solutions informed by econ 101 neoliberalism have shuttered factories and shattered workers’ lives and often do not solve real-world complex problems.

Instead, our social partners have assessed the competing needs of the value chain and found an innovative and impasse-breaking common ground that is appropriate to the realities faced by the industry. It opens substantial new ground and we think offers the chance to increase competitiveness, repatriate production to SA, create more local decent garment manufacturing jobs and eventually stabilise and grow the local textile sector.

The R-CTFL social partners should be congratulated for their boldness. We will work together to implement the rebate, and if challenges emerge we will collectively try to solve them in the spirit of the R-CTFL Masterplan.

TFG calls for cut in import duties on yarn for textiles

PETER BRUCE: Bend the knee and smite your rivals for an easy ride

The tangled warp and weft of the textile industry

Rebates, tariffs, markets, permits — the list of hoops required to be jumped through is long, with criminal charges as a possible coda
Opinion
4 months ago
Next Article