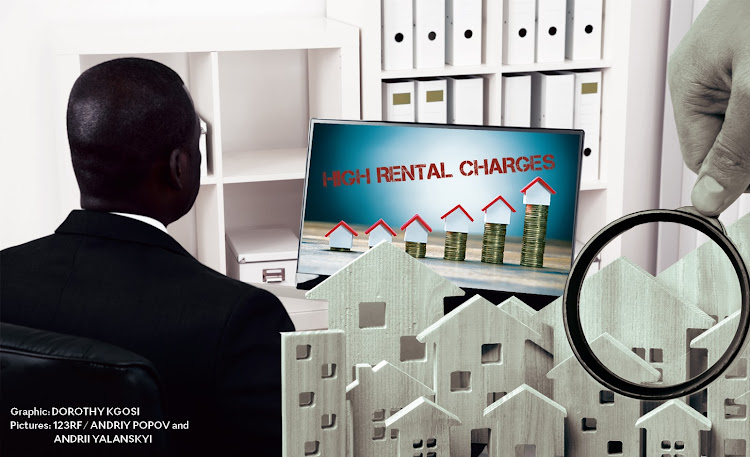 Bailouts of inefficient state-owned companies, the wage bill and debt service costs are not the only expenditure items driving public debt. Expenditure reviews by the Treasury, through the Government Technical Advisory Centre, have identified areas of wastage and potential savings, which, if addressed, can reduce public debt and redirect funds towards pro-poor and economic growth-enhancing public expenditure.

The expenditure reviews have covered a large spectrum of activities, including savings that might accrue from consolidating administrative functions within particular departments of government. Clear themes have emerged from these reviews, the most important of which is that the government often fails to secure the most competitive prices for a range of goods and services. Take, in this regard, the conclusions of two reviews of the price the government pays to lease office space, one relating to national departments and the other to provincial government.

A study that sampled 1,000 leases found that as many as 60% were above market rates, and that the average premium being paid on these leases was about 45%. Thus, extrapolating to the full lease portfolio, of the R3bn that was being paid to lease office accommodation annually as much as R700m might have been saved if the rents had been at market rates.

A similar conclusion was drawn from a second review of provincial leases for office accommodation. Here, the conclusion was almost identical: annual rental charges amounted to R1.8bn and as much as R580m of this could be attributed to payments made on leases where the rents were in excess of the local market benchmark.

The fact that these two studies arrived at such similar conclusions suggests a systemic problem and we need to think very hard about why the government incurs unnecessary costs of this kind. This is especially true if you consider that there is every reason to believe it should be able to secure very favourable leases, given that departments are low-risk tenants and are able to sign long-term leases.

Indeed, the premiums paid are all the more concerning when you recognise that half of the leases paid by national departments were paid to just seven major landlords with significant property holdings in the main centres, especially in Pretoria. One might have expected that precisely because the government made up a large share of these property owners’ clients it would be able to secure much more favourable rates. This, however, does not appear to have been the case.

So what explains the government premium in the market for office accommodation? Some of it may be benign: it is possible that high rentals reflect agreements with landlords to the effect that the latter will provide atypical services or effect renovations, the cost of which is covered in higher rents. But this is unlikely to account for more than a small fraction of the apparent overpayment. The rest is explained by a combination of possible class interests between government managers and landlords and a lack of capacity in the department of public works & infrastructure, leading to the signing of agreements that are not in the tenants’ best interests.

The department is charged with managing the accommodation needs of the rest of government, some of which is achieved through the construction or ownership of buildings, but much of which is provided by securing lease agreements with property developers and owners. And, while there are plausible arguments that centralising this function is needed in order to prevent every department from having to hire its own accommodation-related capacity, the department itself does not seem to have the requisite skills and resources.

Consider, in this regard, the conclusions of the report into national departments’ leases, which points to important deficiencies:

A key factor explaining overpayment for accommodation is the role of corrupt class interests. We have all read stories of how individuals and officials have manipulated tender processes to ensure their favoured service provider gets a contract at an inflated rate. However, given the fact that five years after the first study was completed institutional reforms have not materialised and new capacity has not been secured, it is not unreasonable to ask whether this, too, is due to corrupt class interests. Are there people who do not want the government to get better at this function?

The challenges found in relation to the rental of office space are not confined to that domain. This is a pattern that is seen in most of the commodities and services the government buys, and savings can be found in strange places. In 2016/2017 provincial governments spent R2.8bn on managing and operating their combined fleet of 40,000 vehicles. In some of the provinces the entities that manage these fleets have been steadily over-charging departments and, as a result, accumulated a surplus of R1.8bn. While some of this will be required in the replacement of an ageing fleet, we can ill afford to fund such large surpluses.

It hardly needs to be stated, but the government’s overpaying for goods and services has deep and material implications for service delivery and rising public debt. It is something that should never have happened. In current circumstances — where the government faces ever-tightening fiscal constraints — much more attention is going to be paid to squeezing these inefficiencies out of the system. Zero-based budgeting will make a significant difference in curbing wastage in expenditure. If implemented successfully, it should produce radical savings and benefits and liberate the government from inefficient budgeting methodologies.

We all need to rethink the world of work and office space. Virtual meeting rooms and other technological devices are increasingly making leasing huge office accommodation obsolete. Therefore, the government needs to invest more in technologies that make it easier to work virtually and reduce expenditure on renting office space at exorbitant prices. Where government office space is still required, a government-owned precinct would do.

JOHN STEENHUISEN: ANC has dropped the vaccine ball — we will all have to pick it up

THOKO DIDIZA: Agriculture lays the groundwork for land reform and jobs in a difficult year

Challenges of 2020 showed the resilience of SA’s agricultural sector  and provided an opportunity to draft an inclusive growth strategy for the year ...
Opinion
5 months ago

TREVOR MANUEL: Gareth van Onselen has a duty to check his facts

PATRICIA DE LILLE: Land issue can do without bad analysis as Expropriation Bill is up to the task

Masondo warns of crisis over slow pace of economic reforms

Masondo warns of crisis over slow pace of economic reforms