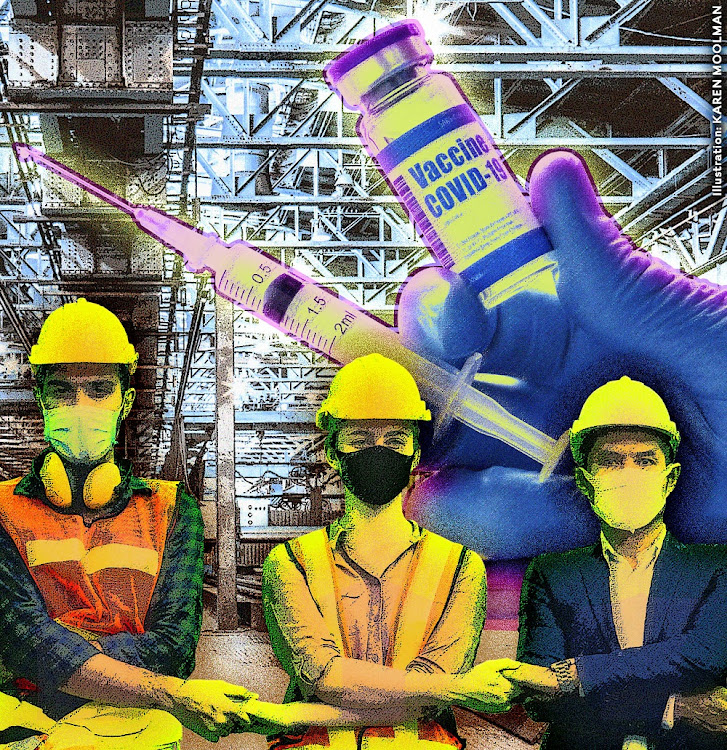 Growth and solidarity. These are the twin pillars on which our post-Covid society will be built. A reconstruction and development plan (RDP) of sorts, this time with a greater appreciation of what our state can and can’t deliver.

Growth, because we know that if we can’t grow output over the next two to three years we face the real prospect of a sovereign default. Solidarity, because more than ever before our future survival — not to mention prosperity — will depend on lifting the whole society and not just a few. If Covid teaches nothing else, it demonstrates that until we are all protected none of us is protected.

Growth is possible, despite the obstacles, despite the times, despite the weakness of our state. There is low-hanging fruit, there are clear opportunities and some are substantial. A couple require little more than the stroke of a pen. Like we did with the RDP, we need to identify these, focus on them, resolve them.

Solidarity is possible. We have seen this in people’s reaction during the course of the pandemic. Not only through the Solidarity Fund — itself a substantial achievement — but through the actions of so many ordinary South Africans who have rallied to support their employees or extended families. Just as the RDP drew on a sense of a common future, so the pandemic creates an appreciation that anyone left standing has a debt to those around us. A debt that can be paid through sharing of opportunities and resources.

Where will growth come from? Where can our economy expand? Where can we generate new economic activity that can create jobs and — crucially — pay taxes? The last thing we need is another grand plan. But we do need a change of approach, a sense of urgency, a commitment to the importance of investment. We need to focus on a few growth-enhancing prospects and move from there.

The economy has been badly battered, especially in relation to employment. But there a few bright stars that have shone even under lockdown, and others that might shine if we can create the conditions. Current stars include:

To rebuild our economy we need much more. Potential sources of growth — many of which are held back by government policy or the inability to carry out complex administrative tasks — include:

Beyond the specifics, we must develop a growth orientation, a determination to attract and sustain investment. We must reject the politics of corruption.

Where will solidarity come from? The vaccine, for starters. Every person of means must help ensure that everyone else is vaccinated. Most of the task falls to the state, but there is much we can do to help.

Growth and solidarity. Rebuilding the economy. This is where we have to focus our energy. With the right approach, it can be done.

• Bethlehem is an investment executive at Hosken Consolidated Investments, where she focuses on renewable  energy, inner city housing and commercial property. She is a member of the boards of the Industrial Development Corporation and Sedibelo Platinum. She writes in her personal capacity.

STEVEN FRIEDMAN: A new menace is stalking the land, yet no-one is talking about it

Even without the disastrous effect of Covid-19 the local economy was floundering in the wake of a toxic blend of mainly self-induced structural flaws.
Opinion
10 months ago

The economy is headed upwards, but we still have a rough road to travel
Opinion
10 months ago

GENEVIEVE QUINTAL: More than political costs if ANC fails to roll out the vaccine

CHRIS GILMOUR: Retail sales hit harder in SA than rest of world, and outlook is ...

CHRIS GILMOUR: Retail sales hit harder in SA than rest of world, and outlook is ...