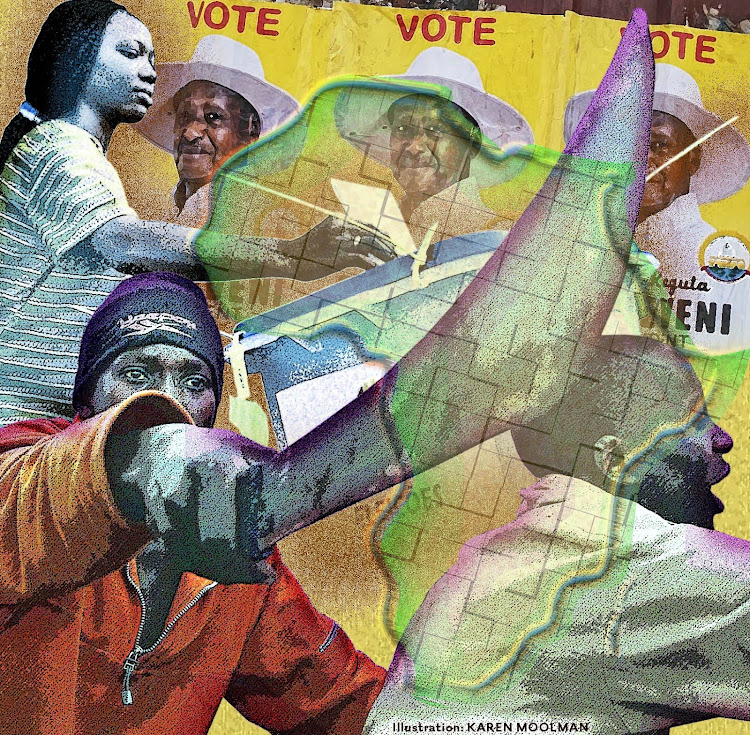 The continent's enormous potential is being strangled by narcissistic leaders who cling on to power. One tactic copied in a dozen African countries has been to enact constitutional reforms through sham referendums, to lift presidential term limits. The price of all this has been immense. The invisible destruction due to corruption in self-absorbed governments has squandered much of three decades’ worth of economic growth. Illustration: KAREN MOOLMAN

The launch of the African Continental Free Trade Area has begun the process of creating an eventual $3.4-trillion economic bloc comprising Africa’s 1.3-billion people, which promises to bolster pan-African prosperity once fully implemented. That is, however, only if many of Africa’s rulers and political elites are willing to loosen their narcissistic grip on power.

Despite the continent’s deficits in education, gender equality, health care, security and economic competitiveness, the majority of African governing parties remain preoccupied not with formulating genuine plans for national improvement but strategising antidemocratic ways to ensure their perennial hold on power.

One tactic copied in a dozen African countries has been to enact constitutional reforms through sham referendums, to lift presidential term limits. Among these are Burundi, Chad, Cameroon, Congo-Brazzaville, Djibouti, the Democratic Republic of Congo (DRC), Rwanda and most recently Guinea. In Equatorial Guinea, Gabon and Togo, family dynasties have dominated power for more than four decades. In Cameroon, President Paul Biya has occupied office since 1982.

The acting UN envoy for Libya — a nation shattered by a decade of civil and proxy warfare that the UN estimates have caused a loss of $578bn in revenue — described the country’s political establishment as “dinosaurs”. In both Egypt and Zimbabwe the burst of optimism that came with the civil society-led removal of long-time despots morphed into despair as their successors became even more oppressive. A quarter century of ANC governance in SA has produced a prepandemic unemployment rate of more than 30% and bankrupted state enterprises. 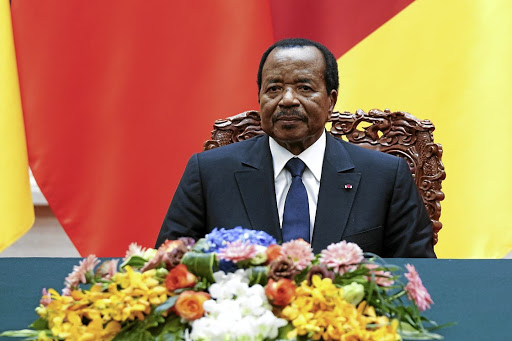 In Uganda, elections on January 14 pitted a 76-year-old autocrat, President Yoweri Museveni, against opposition candidate Bobi Wine, who was just four years old when Museveni swept into power via military coup in 1986. Upon assuming office Museveni was prescient in noting that “the problem of Africa in general and Uganda in particular is not the people but leaders who want to overstay in power”. Now, while seeking a sixth consecutive term, Museveni has unleashed all forms of state-sanctioned malice against an electoral opponent half his age, producing Uganda’s bloodiest bout of political violence in a generation.

The IMF has estimated that 100-million more people will join Africa’s labour force by 2035.

The price of all this has been immense. The invisible destruction due to corruption in self-absorbed governments has squandered much of three decades’ worth of economic growth. Whereas Latin America and South Asia reduced the share of their populations living in extreme poverty (less than $1.90 per day) by more than half between 1990 and 2018, over the same period Sub-Saharan Africa managed a reduction of only 15%.

Now just four African nations — the DRC, Ethiopia, Nigeria and Tanzania — are home to a quarter of the world’s poorest people. At the same time, pervasive corruption has rendered Africa the world’s largest net creditor via $89bn in illicit financial flows every year. This does not portend well for the continent’s future.

The IMF has estimated that 100-million more people will join Africa’s labour force by 2035. Unless African governments respond by channelling this youth bulge into new areas of their economies, crises of joblessness will foment crises of unrest and radicalisation. And that was before the emergence of the coronavirus pandemic. Lockdowns have hammered employment in Africa’s informal economies and those abroad have dried up remittance payments.

Both of these scenarios are already unfolding in two of Africa’s key markets, with worrisome outcomes. In the second half of 2020 Nigeria — the continent’s top oil producer and by some measures largest economy — fell into recession for the second time in four years due to the double blow of pandemic shutdowns and depressed oil prices. Anger over Nigeria’s economic fragility and social inequality factored heavily into the #EndSars protests that shook the populous nation, where more than 60% of citizens are under the age of 24. The initial catalyst for the demonstrations were calls to disband an abusive antirobbery unit, but the movement quickly escalated into a broad condemnation of Nigeria’s sclerotic political class.

Then, a report from Kenya’s government submitted to the UN in December told how climate change has reduced the GDP of East Africa’s economic linchpin 3% to 5% annually over the past decade — mostly due to the negative effects of increased flooding and drought on agriculture, tourism, wildlife, gender equality and public health.

The Kenyan government admits it has been forced to divert resources earmarked for national development initiatives to meet short-term climate emergency needs. This has created the dilemma that the country needs about $62bn in international support over the next decade to achieve its Paris Agreement climate targets without having to sacrifice economic and social development.

Sufficient time has passed since African states gained independence for citizens to demand more from their political leaders. And the internet has allowed for new sources of media and information to reach African populations, enabling them to better assess the credibility of their leaders’ promises.

Both variables point toward democracy further — though fitfully — taking hold in Africa, as shown by recent peaceful democratic uprisings that have successfully toppled dictatorships in Algeria and Sudan, and the nonlinear progression of Tunisia after its Arab Spring revolution. This is understood by African populations, if not yet by the political leaders who are failing them.

• Hiebert, a research analyst in Winnipeg, Canada, is a former deputy editor of the Africa Conflict Monitor.

XHANTI PAYI: Why the delay in free trade?

If the continental plan is to succeed where other plans failed, it needs to prioritise inclusive growth
Opinion
9 months ago

GERRIT OLIVIER: How SA can succeed in its efforts to re-embrace the world

A truly nonaligned foreign posture would mean the country has no permanent friends or enemies, only permanent interests
Opinion
9 months ago
Next Article