JOHN STEENHUISEN: ANC has dropped the vaccine ball — we will all have to pick it up 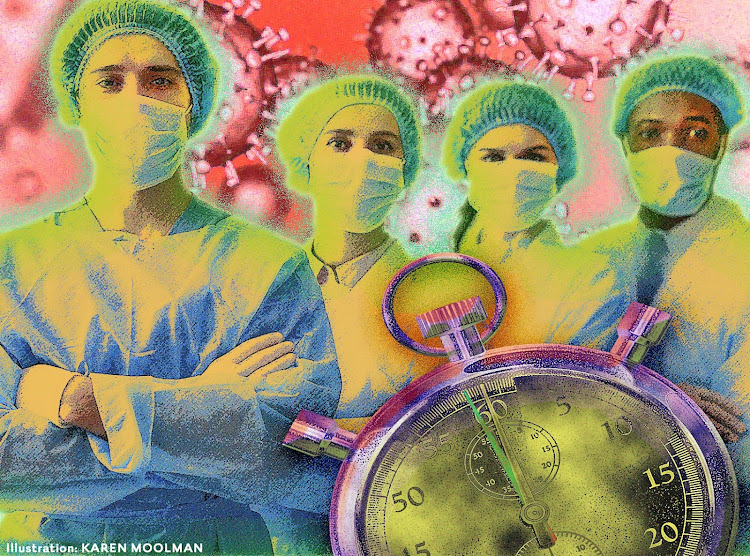 Our country’s vaccine programme is a shambles. If there are orders for 20-million doses, as the president said on Monday, then show us the details. If the government has indeed been negotiating with manufacturers for six months, show us the proof. Which pharmaceutical companies are we dealing with? When did this start? What is the status of these negotiations? When can we expect deliveries? We need these vaccines urgently. Illustration: KAREN MOOLMAN

Let us not tiptoe around our country’s vaccine programme. It is a shambles. The government has been caught on the back foot and is scrambling to create some sort of narrative in which it had a plan all along but it is such “top-secret” stuff that we cannot know the details. That simply won’t do.

The only good news so far is the acquisition of 1.5-million doses of the AstraZeneca vaccine through the Serum Institute of India — enough to cover less than two-thirds of our health-care workers. We can welcome this and still hold a spotlight on the massive failings of our government to secure vaccines for the other 59-million South Africans.

While every other country in the world — rich or poor — was putting themselves in multiple queues with many vaccine suppliers, our government was content to simply take a Covax ticket and sit back down. Until very recently, participation in the World Health Organisation’s Covax programme appears to have been our one and only plan — a plan that would cover only 10% of our people at the highest cost and starting, at best, some time in April.

This failure will have a significant human cost, and the ANC government will have to bear full responsibility for those lives — just as it bears the responsibility for 300,000 lives lost to HIV and Aids thanks to its initial refusal two decades ago to provide antiretrovirals. It is a failure that should — and elsewhere would — bring down a government.

When I pointed this out two weeks ago I was called a whiner and given the title of Mampara of the Week by that once illustrious publication the Sunday Times. So let me make this clear: I will wear that badge with pride if it means placing this critical failure in the spotlight and getting our programme back on track.

You’ll also notice that by now everyone has become a whiner. You can’t click on a news report without reading about the mess of our vaccine programme. People have had enough of the incompetence, the secrecy and the excuses. And this is a good thing. It is only as a nation of mamparas, united in our whining, that we will force the government to ensure enough South Africans receive the vaccine in time to save lives.

So what should we be demanding? For starters, we need to know the full details of the plan, beyond Covax and these initial 1.5-million doses. Which pharmaceutical companies are we dealing with? When did this start? What is the status of these negotiations? When can we expect deliveries? None of this is top-secret. All that talk about nondisclosure agreements was only made to make the awkward questions go away.

We need to know what happens when these vaccines arrive, because to administer between 40-million and 80-million doses (depending on whether we get one- or two-dose vaccines) — enough to reach the government’s target of two-thirds of the population in this year — will require an operation the likes of which our country has not seen before. I don’t think anyone is under any illusions about the government’s ability to handle this on its own. Just look at the school textbook fiasco every January if you’re still unsure.

It is crucial that the government has a plan that involves the help of the private sector. How will the likes of Netcare, Mediclinic and Life hospital groups fit into the government’s vaccination drive? How will we communicate with tens-of-millions of South Africans and co-ordinate their vaccinations, particularly if they might require more than one dose? How will vaccines be stored, transported and distributed?

What makes this part of the plan particularly challenging is the ANC’s ideological desire to control everything through central government. It will have to learn to let go of some of this control and share it with the private sector. The national government will still have a huge role to play regarding dysfunctional provinces, where they will have to step in and take “vertical” control.

Another area in which the government will have to let go to a degree is with the financing of the vaccine drive. While budget should never have been an issue as the full cost of a vaccination programme is small change compared with the cost of ongoing lockdown, money is somehow always an obstacle for our inefficient, corrupt government.

We know the private sector is willing and able to fund the shortfall, but we also know it will not pour money blindly into a bottomless pit of ANC corruption. Those days are long gone. We will therefore need a vaccine fund that sits outside government and is independently and transparently managed. This needed to be in place already.

We will need honest answers and full accountability for this scandal. Why was nothing done to initiate bilateral negotiations once we had signed the Covax deal? Why did it take an outcry at the end of the year to spur the government into belated action? Why could every other country in the world get it right but not us? This will require a full parliamentary inquiry with repercussions for those who dropped the ball.

The Western Cape provincial government is doing all it can to acquire vaccines independently from various sources. This should not have been necessary as it is entirely the responsibility of the national government, but because it only just woke up to the crisis the other day, the provincial government had no choice but to launch a parallel effort.

We need these vaccines urgently for the following reasons:

We’re in a race against time and we need every single vaccine we can get. We need straight answers from the government on timelines, costs and logistics, and not the kind of meaningless bluster the health minister gave in his media conference two weeks ago, or the vague promises made by the president on Monday. But, above all, we need a whole-of-society effort because this job is far bigger than our government can handle.

An advisory committee made no mention of vaccine procurement, after which nobody else did
Opinion
8 months ago
Next Article