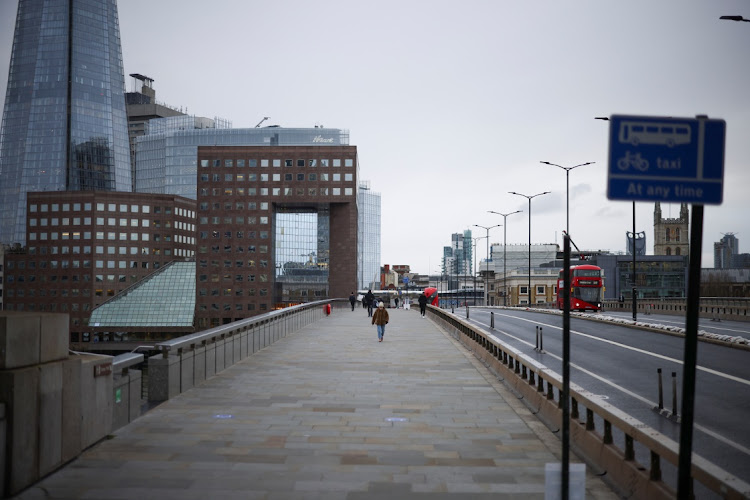 The City of London, for years the world’s dominant financial centre, is facing its biggest reset since the Big Bang of 1986. Those reforms liberalised market trading, making the UK a magnet for banking activity from around the globe. This time the reverse is happening: the rules that shape Britain’s new relationship with the EU mean finance business is leaving the City at an unprecedented clip.

While the lasting effects of Brexit on London probably won’t be known for years, the first business day after Britain’s January 1 departure from the single market was a significant turning point, and not just symbolically.

Because EU investors must trade European shares inside the bloc (unless they’re denominated in pounds), brokers and exchanges have been advising customers from the UK and the rest of the world to buy and sell equities in EU hubs, where liquidity is now likely to be deeper.

The result? On Monday, the first trading day of 2021, public data on exchanges pointed to London having lost almost 45% of the volume of stock that would have gone through the City at the end of last year. About €6.3bn of shares that would have traded on London-based platforms changed hands in the EU, according to data compiled by Cboe Global Markets, which now handles some of those exchanges from Amsterdam.

It was only one day of trading, and habits could still change. But it’s hard to imagine the circumstances under which the EU would want that business to return to London. Indeed, snapping up other financial business of even greater economic significance will be next on Europe’s agenda.

EU stock trading leaving the British capital wasn’t unexpected. Soon after the 2016 UK vote to leave the EU, the financial services industry started preparing for the worst. Sidelined in the trade discussions, it quickly became apparent that finance would lose unfettered access to the bloc, leaving firms with little choice but to set up EU bases to serve the region’s clients. Late last year, some big banks shifted large chunks of their balance sheets across the Channel.

Trading will inevitably migrate to where investors can get the best execution. If EU clients had to move their business, it was inevitable that their financiers would follow. Why would a US or Japanese investor keep trading EU stocks in London if that’s not where they’d be getting the best price?

More surprising — and more alarming for London — is the apparent seamlessness with which the New Year move happened. Going into the final stages of Brexit negotiations at the end of last year, regulators were cautiously optimistic that most risks to financial stability have been mitigated and any disruption would be minimal. But the ease with which the EU has been able to seize control of share trading — a key emblem of its financial markets — will only embolden Europe to pursue yet more business (assuming there are no bumps over coming days).

For now, trading firms are still allowed to carry out market-making of EU shares from outside the bloc. Why not bring that under Brussels oversight too? That would be a big prize, involving substantial amounts of capital and human intellect. The clearing of derivatives, in which the UK has been granted temporary equivalence with EU rules until June 2022, could be next.

London’s dominance as an investment-management hub is also uncertain. The European Commission is studying whether to tighten rules over how EU-based funds delegate the management of portfolios to investors outside the bloc. While delegation isn’t likely to be banned, Brussels could make it more expensive to manage funds from third-party countries by increasing compliance and governance obligations.

Britain and the EU have agreed to draft a memorandum of understanding around the regulation of financial markets by March, an agreement that will supplement the broader Christmas Eve trade agreement but which won’t be as legally binding.

The hope on both sides must be that it establishes a framework for granting equivalent access to each other’s markets, with predictable rules and proper consultation on any decision to withdraw access. Greater visibility will allow finance firms to determine which businesses will be worth duplicating between London and continental hubs, and which activities will simply cease to be economically viable — either in the UK or the bloc.

The shift in stock trading is a poignant sign of what the EU is aiming for as it seeks to establish a deeper capital market to fund its economies and wean its companies off bank loans. In the words of one market participant, “It’s not ‘Big Bang,’ it’s ‘Bang and it’s gone’.” The EU’s dependence on the City of London is no longer a given.

As the face of the campaign to leave the EU, endorsement is a personal milestone for Boris Johnson
World
4 months ago