Stanford scientists take electric vehicle batteries to a new level, but can they keep sparking? 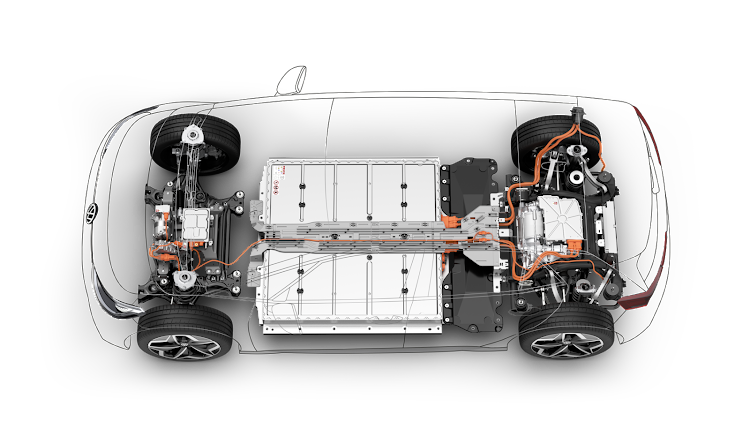 One of the most unsettling developments in business in 2020 was the trend for electric-vehicle companies to list on a stock exchange before they have their first revenues. Though standard practice for research-intensive life sciences companies, going public before you have a purchasable product is pretty unusual in the automotive world.

And yet, prerevenue companies such as Nikola and Fisker have achieved multibillion-dollar valuations. Now, Californian battery start-up QuantumScape has taken electric-vehicle mania to a new level.

Founded by Stanford University scientists a decade ago, with financial backing from Volkswagen, QuantumScape became a public company in November after merging with Kensington Capital Acquisition, a special-purpose acquisition company (Spac). The company won’t generate significant revenue until 2026, but it’s already valued at $43bn, or $51bn on a fully diluted basis.

From a climate perspective, it’s great that investors are committing capital to electric transport. The promise of such riches will encourage others to join the emissions-cutting cause. However, the same speculative fever that has propelled Tesla  and China’s NIO appears to have taken hold of QuantumScape investors.

An average of $2.8bn of the battery company’s stock was traded daily during the past week. That’s more than the volume for Alphabet, whose market capitalisation is $1.2-trillion. Technical factors may have contributed to QuantumScape’s surge: only a small percentage of the shareholder register is available to trade.  For retail investors who buy stock at these levels, there is a long way down.

Top endorsements, and the years of research and development that have gone into the batteries, suggest there is more here than just hype.

First, the good news. In laboratory tests QuantumScape’s “solid state” battery cells have achieved very encouraging results, which suggest the innovative chemistry could one day enable electric vehicles to travel further and be charged faster, at lower cost. This is exciting because it is become harder to extract significant performance gains from conventional lithium-ion batteries. CEO Jagdeep Singh’s team of scientists appears to have pulled off a real feat.

However, when the Spac deal was announced in September the parties decided a $3.3bn valuation was appropriate. This seemed ample for a company with fewer than 250 employees and one which does not have a finished product or factory. After a blistering stock-market run, QuantumScape is now worth more than 10 times that initial value, and more than carmakers such as Ford Motor and battery giants such as Panasonic and Samsung SDI.

Those who bought shares in the Kensington SPAC in August have enjoyed a 1,060% return, while QuantumScape warrants that once sold for 80c are now worth 50 times as much. The three Stanford founders — Singh, Fritz Prinz and Tim Holme — have become paper billionaires. Volkswagen, which invested about $300m in QuantumScape, will own a 23% stake worth almost $10 bn.

As is often the case with Spacs, the Kensington sponsor — controlled by Justin Mirro, a former Moelis & Company and RBC Capital Markets investment banker — has also done well. It received shares and warrants worth more than $900m, a huge return on its $7m or so investment and one achieved with only a few weeks work.

QuantumScape’s other prominent backers include venture capital firms Khosla Ventures and Kleiner Perkins, Microsoft  cofounder Bill Gates, hedge fund billionaire George Soros’s Quantum Partners and investor Jeremy Grantham. JB Straubel, a former chief technology officer at Tesla, is on the board. Such endorsements, and the years of research and development that have gone into the batteries, suggest there is more here than just hype. The contrast with Nikola, whose own technology (or lack of it) was the subject of a scathing short-seller report, seems clear.

Volkswagen’s production expertise should smooth the path to commercialisation. The partners plan to start production at a small pilot facility in 2024, and then at a much larger factory two years later. But success is not guaranteed.

So far QuantumScape has only produced single-layer cells and it still needs to find a way to stack more than 100 on top of each other to create a battery package. Competitors such as China’s Contemporary Amperex Technology, won’t sit by idly. CATL’s shares have also surged this year, valuing it at about $110bn.

One advantage of Spacs is that they are allowed to publish detailed multiyear financial forecasts, whereas companies that go public via a traditional initial public offering usually only publish historic finances. Given QuantumScape’s significant production hurdles, it would be imprudent for investors to rely on these too much, but whatever happens you can see they are in for a long wait.

Even assuming QuantumScape’s forecasts prove accurate, the valuation looks disconnected from reality. The market capitalisation is equivalent to 13 times the revenues it hopes to generate in 2027. Tesla shares are also incredibly frothy but they are a steal by comparison at a bit more than 13 times its expected revenue in the next 12 months. Volkswagen, which will be QuantumScape’s biggest customer at first, is valued at just 0.3 times next year’s sales.

QuantumScape’s batteries may end up propelling the next generation of electric vehicles, but sustaining that valuation could prove even more challenging than advanced battery chemistry.

SA must keep up with international developments in automotive technology or face devastating economic consequences, say experts
Features
10 months ago