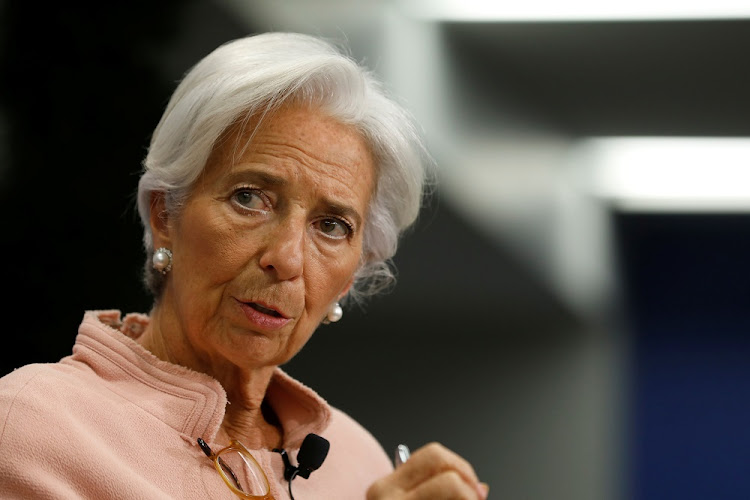 The European Central Bank (ECB) is due to update its guidance for 2021 on how banks handle their capital buffers. There has been an effective ban on dividends and stock buybacks since July and extreme moderation urged on banker pay. While the ECB review might lift the cap on shareholder payouts partially, banker compensation is trickier.

A slew of fiscal and monetary policy responses to the pandemic, including a big increase in central bank bond buying, has propelled the market rally that boosted European banks’ fixed-income and equity trading in 2020. So you can see why policymakers are wary of a political backlash over unjustified rewards. A summer missive from the ECB to eurozone bank bosses was clear: The reputational effect of variable-remuneration payments in a global crisis “should not be underestimated”.

Nonetheless, the ECB should resist the urge to squash entirely the ability of banks to compensate — and thereby retain — their top performers. That is for one simple reason: Wall Street investment banks.

Even Christine Lagarde’s institution has acknowledged that US behemoths such as JPMorgan Chase are taking market share in Europe and this cannot be conveniently ignored. It would be self-defeating to let them snap up more talented European bankers by offering more money.

One workaround solution lies in letting Europe’s banks offer their stars deferred pay and a package of stock rewards rather than straight cash. Bankers can always console themselves that at least any awarded equity is at the cheaper end, with most banks trading at a 40%-60% discount to book value.

Fixed-income trading has enjoyed a bumper year everywhere, with third-quarter revenues in this business up more than 25% year on year and almost breaching decade highs, according to Coalition data. And yet, Europe’s banks are falling behind on how much of this business they do. Across trading and investment banking, US banks have taken another three percentage points of market share globally in 2020.

Wall Street’s finest are also increasing fixed-income headcount. European banks, by contrast, have cut markets-related staff by 5% and that will not mark the end of the bloodletting.

The UK’s Prudential Regulation Authority says it will let some banks restart dividend payments having completed two sets of stress tests, a sensible measure that the ECB has decided to delay. However, the PRA did not ease its advice for a high degree of caution on cash bonuses, and it will scrutinise payouts. The ECB will most likely follow the same path on shareholder payouts and bonuses.

To shore up the banks as coronavirus took hold, Europe shifted its focus to capital retention and relaxed its regulatory scrutiny to keep the lending taps open. As this unwinds and the vaccine heralds an eventual return to normal business, regulators will probably return to the strictest definitions of capital and liquidity. Any return to dividends and buybacks will have to be supported by a rock-solid balance sheet. They will also need to be underpinned by credible assumptions and an improving return-on-capital trajectory.

Not all banks are equal, nor should they be treated as such. Several large European lenders, such as Spain’s BBVA, Italy’s Intesa Sanpaolo and ING Groep of the Netherlands are sitting on piles of cash, which should to be at least partially returned to shareholders.

On dividends, it appears likely that the ECB will trust national regulators to use discretion and filter domestic banks’ appropriately. There is no reason it couldn’t do similar on bonuses, as long as they are packaged appropriately. If Europe’s strongest banks are held back from retaining key performers or rewarding shareholders by overly zealous regulators, US banks will continue to take advantage.

Europe’s bank bosses will hope for cautious optimism from the ECB, and a sensible framework to begin capital return. A tacit acknowledgment might not go amiss that — unlike the dark days of 2008 — they weren’t to blame this time. They’ve actually helped.

Eurozone countries should consider creating their own budget instead, to escape the political whims of non-members
Opinion
6 months ago

Stricter measures against Covid-19 will ‘take toll’ on European economies

A new study suggests 0% is more effective than sub-zero, with behavioural finance experts saying negative rates are seen as a sign of crisis
World
8 months ago
Next Article