Apart from devising its own artificial intelligence strategy, the government must promote international collaboration 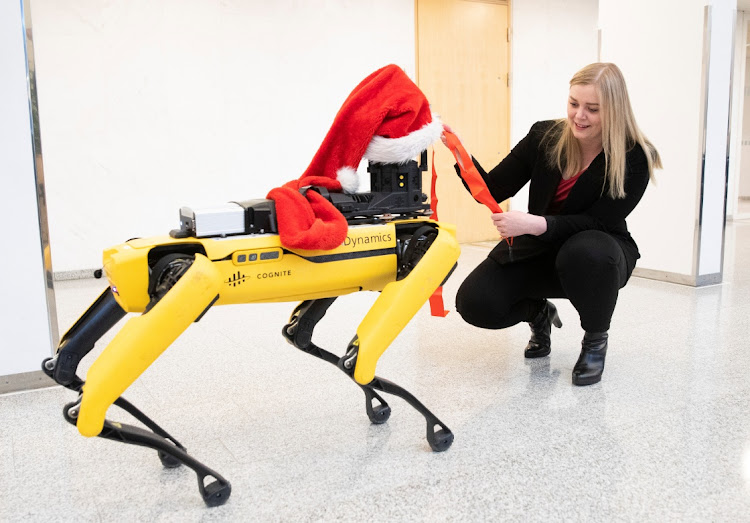 In June 2018 UK-based angel investor Ian Hogart published an essay in which he predicted the birth of “AI nationalism”. In short, he argued that advancements in artificial intelligence (AI) would “drive the emergence of a new kind of geopolitics” where countries engage in “an accelerated arms race” to “speed up the pace of AI development”.

Hogart’s prediction is beginning to come true. In 2020 the US federal government will spend about $1.3bn (R20bn) on AI research and development, and US legislators are currently considering a bill that will allocate $100bn (R1.5-trillion) over five years to the country’s National Science Foundation, “to lead investment and research in artificial intelligence and machine learning”.

China does not disclose how much it spends on AI but a US report by the Centre for Security and Technology at Georgetown University estimates that it was already “a few billion dollars in 2018”. And China has already made it explicit that it wants to be “the world’s primary AI innovation centre” by 2030.

The arms race is not limited to public spending. This year several countries tightened their trade policies and restrictions on foreign direct investment (FDI) to protect their domestic AI capabilities. In January the US introduced restrictions on the export of AI software “to keep sensitive technologies out of the hands of rival powers like China”.

In June, the UK expanded the government’s powers to scrutinise mergers and acquisitions of AI companies with an annual revenue of more than £1m. And in July, Germany tightened its FDI control regime, which means the government can now review acquisitions by non-EU investors of German companies in “critical business sectors”, including AI and robotics. Other countries are expected to pass similar legislation next year.

There are at least three reasons why governments care about AI. First, commercial applications will create new businesses and destroy millions of jobs, and the country that invests most in AI is likely to end up dominating the world economy.

Second, AI will enable new forms of warfare. Cyber warfare is already a reality and various forms of AI-driven autonomous and semi-autonomous weaponry are under development.

Finally, artificial general intelligence (AGI) — AI that understands the world as well as humans — will eventually speed up the pace of research and development and cause an exponential increase in innovation. Many believe this is the real threat to international peace and stability.

Countries know this. Already in 2017 Russian president Vladimir Putin said AI was “the future not only of Russia but of all of mankind” and proclaimed that “whoever becomes the leader in this sphere will become the ruler of the world”. US and Chinese policy documents reveal a similar worldview. The executive order on AI signed by US President Donald Trump in early 2019 states that “continued American leadership in AI is of paramount importance to maintaining the economic and national security of the US”. And China’s New Generation Artificial Intelligence Development Plan notes that “AI has become a new focus of international competition” and that “AI is a strategic technology that will lead in the future”.

What does this mean for SA? First, the government urgently needs to draft a national AI strategy that sets out the principles and objectives of AI research, development and use in the country. In its report the Commission on the Fourth Industrial Revolution (4IR) recommended the establishment of an AI institute. While this would be an important step, it needs to be supplemented by the adoption of a national AI strategy to make sure everyone — public and private sector — pulls in the same direction. Also, the strategy should provide a framework for more public-private partnerships.

Second, the government should promote international collaboration around AI. As the chair of the AU, and building on the work of the 4IR commission, President Cyril Ramaphosa is uniquely placed to do so. A short-term focus should be the adoption of a set of AU principles on AI, similar to the principles agreed by the Organisation of Economic Co-operation and Development.

At UN level, the government should push for greater transparency, which could eliminate some of the uncertainty around AI capabilities. A system could be modelled on the basis of the International Atomic Energy Agency, the UN’s nuclear watchdog, which although never fully effective, certainly contributed to diffusing tensions during the Cold War.

AI presents an opportunity. It also presents risks. The international system will be recalibrated and it is important that SA’s — and Africa’s — interests are represented in the process.

• Lynge is a senior lecturer at the Wits School of Governance.

The responses by SA’s trade unions to the threats and opportunities posed by technological change are mixed, say academics, but there are some ...
Economy
6 months ago

ROBIN YOU: Tech cold war will hit global suppliers, but some locals could ...

ROBIN YOU: Tech cold war will hit global suppliers, but some locals could ...