With the right policies, Zimbabwe could coin it with clean-energy supply chains 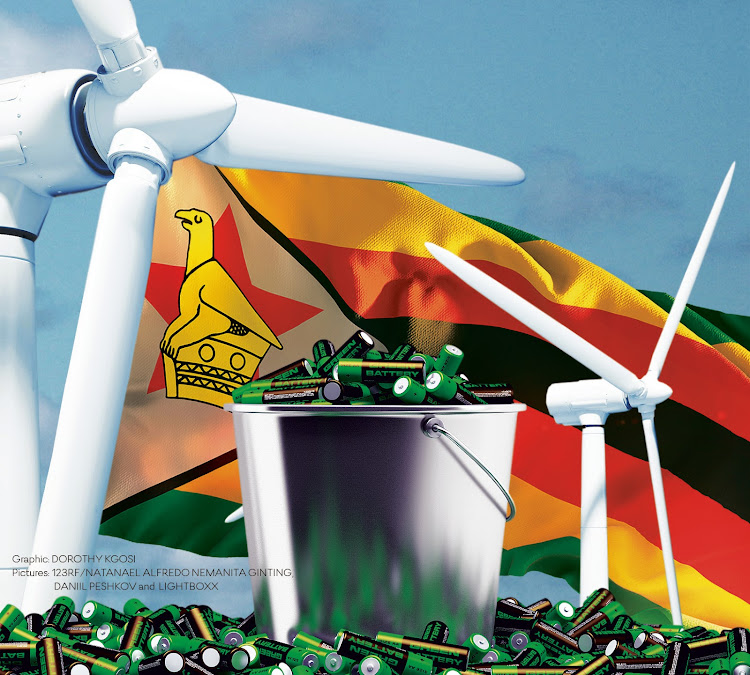 Climate change is opening a window of economic opportunity for Zimbabwe, a country that has long been on the periphery of the global economy due to political and economic instability.

First, the frequency and severity of droughts is expanding food insecurity, despite Zimbabwe having enough fertile land to be food self-sufficient. Second, the transition from fossil fuels to clean energy will create a demand of 3-billion tonnes of minerals and metals needed to deploy solar, wind and geothermal energy — and Zimbabwe has some of the best endowments of these critical resources.

Before the economic crisis of the late 1990s, Zimbabwe was a food-secure nation that produced a surplus. If one looks at the country’s maize data, a staple crop, from 1960 to 1980, the two decades before Robert Mugabe’s presidency, Zimbabwe’s maize production outpaced consumption by an average of 400,000 tonnes a year, making it a net exporter. This impressive performance continued into the first half of Mugabe’s rule, from 1980 to 2000, albeit with a gradually declining maize trade balance.

Wheat presented a somewhat similar trend, before the drastic decline in production from 2001. Today, Zimbabwe faces widespread food insecurity and is a net importer across most staple commodities. Yet it generally has better rainfall than neighbouring agriculture powerhouse SA, which should enable it to be a key contributor to regional and global value chains.

For Zimbabwe to play a meaningful role as a supplier of much-needed food staples it will need to accelerate land governance reform, something that is vital for policy certainty and predictability. SA has an advanced agroprocessing sector that could also benefit from raw materials from Zimbabwe, instead of spending most of its average $6.4bn a year importing agricultural products and commodities from outside the content. Over time the SA agribusiness sector could also find growth opportunities in an expanding Zimbabwean agricultural market, especially through the supply of inputs, agricultural finance and storage infrastructure, among others. However, success hinges on reforms with a demonstrable commitment to implement investor-friendly policies.

Apart from agriculture, Zimbabwe has a significant opportunity to play a role in the transition from fossil fuels to clean energy as countries seek to reduce their emissions. The country is well-endowed with mineral deposits that could integrate Zimbabwe into global clean energy value chains. For example, in 2018 about 85,000 tonnes of lithium were produced globally. By 2050, annual demand is projected to increase by 488% as lithium is critical for automotive, grid-scale and decentralised battery storage. Zimbabwe has the largest lithium deposits in Africa and therefore has the potential to play a critical role in the battery storage value chain.

Likewise, chromium will be a key mineral across the clean-energy transition as it is used in multiple clean-energy technologies. For example, 36% of chromium’s demand within clean energy goes towards geothermal technologies that can be used for industrial process heating, hot-water heating and space heating, among others. Additionally, chromium is used to make stainless steel that is used in wind turbines and proton-exchange membrane fuel cells, which are used for powering industrial processes and transportation. Because it has multiple clean-energy uses, chromium has stable demand conditions as the mineral is not dependent on the use of a specific technology. Zimbabwe has the second-largest high-grade chromium deposits in the world, with reserves of about 10-billion tonnes.

But what does Zimbabwe need to do to tap into these opportunities? With limited capital, attracting foreign investment into these sectors is critical. For the Zimbabwean government, the immediate preoccupation ought to be boosting investor confidence, particularly since Zimbabwe is still marked by opaque business regulations and remains a tough environment in which to do business.

There are also macroeconomic factors that can undermine Zimbabwe’s economic resurgence. For example, in 2018 RioZim was forced to close three mining operations — Cam & Motor, Dalny and Renco — after running out of spare parts and consumables due to a foreign-exchange shortage. Local suppliers quoted prices that were 300% higher than international suppliers, which made operations untenable. This has contributed to limited investment, ageing assets and low capacity utilisation.

To tap into the potential, Zimbabwe needs to create a policy environment that attracts investment into these sectors given the country’s lack of capital and lack of access to capital markets. A positive move came in 2018 when Zimbabwe removed the 51% local ownership requirement in the Indigenisation and Economic Empowerment Act, which allowed wholly foreign-owned investors to establish operations for specific minerals. But in the agriculture space, the government has failed to deliver the land governance reforms needed to correct the ill-conceived policies of the early 2000s. Despite several government announcements that these reforms were coming, nothing has materialised as yet.

Importantly, investments in mining and agriculture can stimulate growth in other sectors. After gold was first discovered on a farm in neighbouring SA in present-day Johannesburg in 1886, the region became the largest gold producer in the world. Within 20 years, Johannesburg was SA’s largest city and the gold mining industry played a central role in the development of the manufacturing and financial services sector, of which now accounts for 42% of Gauteng’s GDP.

Though there is a unique window of economic opportunity for Zimbabwe within the climate agenda, policy reforms to attract investment are critical to rebuilding the Zimbabwean economy. The last two decades are a cautionary tale of bad policy implementation, as Zimbabwe has gone from agricultural surplus to nearing starvation.

• Baskaran, a development economist, is senior research fellow at the University of Cape Town's Development Policy Research Unit. Sihlobo is an agricultural economist at the Agricultural Business Chamber of SA.

While co-operation will clearly be to Moscow’s benefit, consequences for Africa are more murky
Opinion
5 months ago