It’s hard to say just how damaging Trump’s economic agenda has been, but it’s undermined key global relationships and institutions 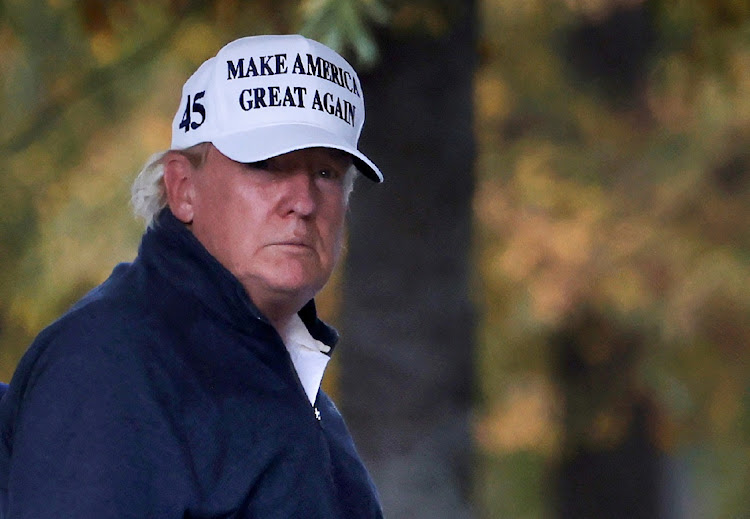 The election of Joe Biden as US president has prompted sighs of relief across the world — not least because his White House is expected to be a boon for the international economy.

Donald Trump’s erratic behaviour on trade and currencies has weighed on foreign companies and governments while doing little to fulfil his domestic objectives. Even though it’s hard to say precisely how damaging the US president’s economic agenda has been, especially with the recent Covid-19 crisis, it’s caused enough uncertainty to undermine key global relationships and institutions. A challenge for Biden will be strengthening a multilateral framework that’s badly in need of repair.

Trump started trade wars with China and the EU, renegotiated the North American Free Trade Agreement and weakened the World Trade Organisation (WTO). He tried to talk down the dollar repeatedly, despite a long-standing agreement among the world’s policymakers to avoid starting “currency wars”. His administration shunned the International Monetary Fund (IMF), stopping its efforts to provide greater help to emerging markets during the pandemic.

Far from putting the US in a stronger position, “Trumponomics” largely failed to meet expectations. The US did not grow by the 4% a year Trump promised during the 2016 presidential campaign (it averaged 2.5% during the first three years of the administration). There was no return of sustained inflation that the financial markets had initially bet on. Protectionism failed to close the US trade deficit: in August, the difference between what the US buys from abroad and what it sells rose to $67bn, a 14-year high, before narrowing slightly in September.

The new Biden administration will also have to restore the full functionality of the WTO, after Trump emasculated its dispute settlement system

There was also little evidence of large-scale reshoring of companies and jobs from overseas. A recent survey from the American Chamber of Commerce in Shanghai showed that of more than 200 respondents that own or outsource manufacturing operations in China, only 3.7% were moving some production back into the US

The president’s agenda negatively affected the private sector, too. CEOs had to anxiously monitor Trump’s Twitter feed, fearing he’d sink their shares with a few derogatory tweets. Scott Baker, Nicholas Bloom and Steven Davis, three economists, showed that between 2018 and 2019, US trade policy uncertainty reached its highest point since the mid-1990s.

The three authors found that more than a third of the large daily moves in the US stock market during these years were due to trade policy announcements — up from just 0.6% in all the years between 1900 and 2017.

Globally, the pandemic makes it harder to measure the impact of Trump’s economic policy. However, last year, the IMF predicted the US-China trade war alone would cost the world economy about 0.8% of output by 2020 — roughly $1-trillion.

The exact contours of Biden’s economic plans remain unclear. The ability to pass meaningful fiscal stimulus and alleviate pressure on the US Federal Reserve will be crucial to a post-pandemic recovery. But the incoming US administration should also seek to reinstate international co-ordination on economic policymaking. Trade and currency wars increase uncertainty and depress investment. Reversing this is crucial, given the pandemic’s effects on employment and output.

A first step is bringing trade conflicts to a peaceful resolution. As my colleague Noah Smith argues, this is straightforward when it comes to economies such as the EU that have similar wage levels, labour standards and environmental protection laws as the US.

The new Biden administration will also have to restore the full functionality of the WTO, after Trump emasculated its dispute settlement system. And the president-elect should restrain from talking down the dollar in an attempt to gain competitiveness for American goods. As the experience of the Trump administration has shown, this does little to help the trade balance but undermines the US Fed’s independence.

The US may want to lead the way in other areas too, starting with the global tax system. The Organisation for Economic Co-operation and Development (OECD) is spearheading efforts to reduce tax avoidance, particularly from multinational corporations, but these have been undermined by American opposition. As Maurice Obstfeld, the IMF’s former chief economist, has argued, the US should promote the completion and adoption of the OECD process, which would help restore faith in globalisation.

Finally, the US will need to engage more constructively with the IMF. Many low- and middle-income countries are looking to the fund for support as the global slowdown hits their finances. The White House will need to consider increasing the size of the IMF’s firepower to boost lending and work with it to streamline debt restructuring procedures for countries that risk becoming insolvent.

For the past 75 years, the US has been the guardian of the international economic and financial architecture. The world is ready for the country to resume that role.

Young people and women are the most affected in Africa, where 10-million to 12-million young people enter the workforce each year and only ...
Opinion
11 months ago

Names floated so far have have extensive experience either at the US treasury or the US Federal Reserve, or both
World
11 months ago

While most expect the US will shift its approach in dealing with China, they also say a protracted rivalry is here to stay
World
11 months ago