Bankruptcy, his hotels empty due to Covid-19, possible tax fraud and sexual assault accusations — these are a few of Donald Trump’s fevered fears 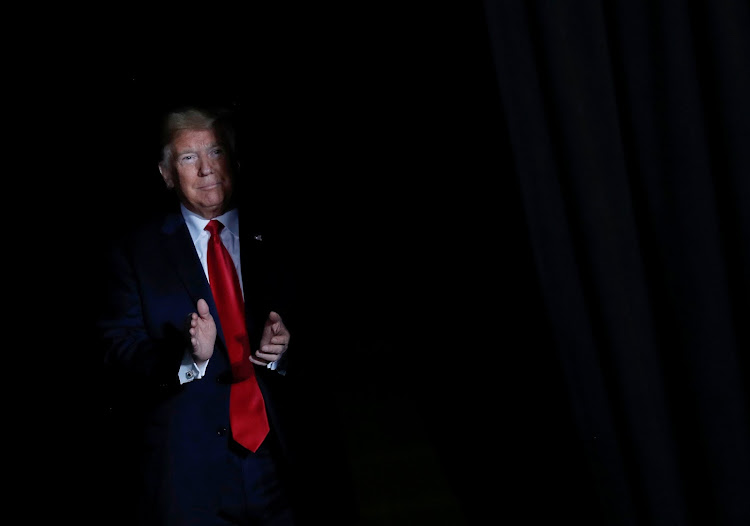 Donald Trump is the luckiest man alive. Unlike almost, well, everyone, he’s been protected from the consequences of his own mistakes his entire life.

Born into a wealthy family, he was insulated from lukewarm academic prospects and serial business crack-ups by his father’s money. (“I often say that I’m a member of the lucky sperm club,” is how he put it in one of his books.) Emerging as a reality-TV star in the early 2000s, Trump discovered that fame allowed him to be as predatory as he pleased without repercussions. (“When you’re a star, they let you do it.”)

And his 2016 ascent to the White House opened his eyes to the presidency’s legal armour — which he interpreted broadly and often inaccurately. (“I have an Article II, where I have the right to do whatever I want as president.”)

Although Trump has, over the years, juggled, among other difficulties, ho-hum grades, the threat of personal bankruptcy, sexual assault accusations, an intensive federal investigation and an impeachment, he has ploughed ahead relatively unwounded and unencumbered by regret. Wealth, celebrity and the presidency have kept him buoyant.

All that insulation has also meant that he hasn’t learnt from his mistakes. Every personal and public reckoning has been postponed or shunted aside.

Now, however, Trump is staring at two threats that loom after he leaves the White House in January. One is financial, the other legal. Neither is entirely under his control, and both may help explain, along with his perennial inability to accept losing, why Trump won’t acknowledge that president-elect Joe Biden is going to succeed him and why he has enlisted the Republican Party to help him gaslight Americans about the outcome of the presidential election.

Trump and the patchwork of businesses he houses inside the Trump Organisation are saddled with more than $1bn in debt, which Dan Alexander of Forbes has helpfully tallied. A portion of that total has been divulged over the past few years in the president’s personal financial disclosures, on file with the office of government ethics. The New York Times recently revealed that Trump has personally guaranteed at least $421m of the debt, with more than $300m coming due within four years.

In other words, Trump is on the hook for a lot of money that he may have to scramble to repay in a coronavirus-battered economy in which his industries — hotels, leisure, urban real estate — have been particularly pummeled. Forbes estimates his assets are worth $3.7bn; Bloomberg News pegs them at about $3.2bn. He’s not going broke, but if the economy continues to struggle in coming months, those valuations will be tested. And much of what Trump holds isn’t liquid, meaning he may be hard-pressed to sell assets quickly if he needs to raise funds.

Among Trump’s most valuable holdings, for example, are minority stakes in two properties controlled by Vornado Realty Trust. Rumours of fire sales might further depress the value of his portfolio.

Another thing that would weaken Trump’s ability to negotiate sweetheart financial deals or forgiveness: leaving the presidency.

Vance’s investigation is a criminal matter, however, and if the Trump crew is found guilty of felonies, prison time is on the table

On the legal side of the ledger, Trump, his children and their company face aggressive investigations into their finances, accounting practices and tax payments.

The Manhattan district attorney’s fffice is investigating Trump for possible tax fraud and falsification of business records, according to appellate court filings. In this probe, which is also examining the president’s payment of hush money to two women who allegedly had sexual encounters with him, the DA’s office is seeking eight years of Trump’s tax returns. It is also taking a look at whether Trump inflated the value of his properties and other assets to secure funds from lenders and investors.

New York attorney-general Letitia James has launched another investigation, also focused on whether the Trump Organisation and the Trump family manipulated valuations to secure funding or engineer tax benefits. James’s probe is a civil case, which could bring hefty financial penalties against Trump but no prison time (unless she finds reasons to recast it as criminal case). Vance’s investigation is a criminal matter, however, and if the Trump crew is found guilty of felonies, prison time is on the table.

Trump’s team has fought back hard against the Vance investigation, including arguing before the US supreme court that a sitting president is immune from state criminal prosecutions. While the court rejected that notion in a landmark ruling over the summer, it would become a moot argument in any venue once Trump is no longer president.

A Trump pushed outside the legal moat that surrounds the White House becomes, for the most part, a Trump who can be sued and penalised just as any other American can. That could also give fresh traction to the sexual assault cases against him.

It’s unclear how aggressive law enforcement officials in the Biden administration will be towards Trump. They could resurrect some of the obstruction charges that have gone fallow since former special counsel Robert Mueller ended his probe. On the other hand, the political firestorm that could ignite might persuade Biden to hold back.

What’s clear is that Trump’s money and freedom are in play. As he comes to grips with losing the 2020 election, he will continue responding ferociously and unpredictably, like a man who, for 74 years, has been accustomed to getting away with almost anything.

The ruling makes clear that a sitting US president cannot evade criminal investigations, something Trump’s lawyers have long maintained
World
9 months ago
Next Article