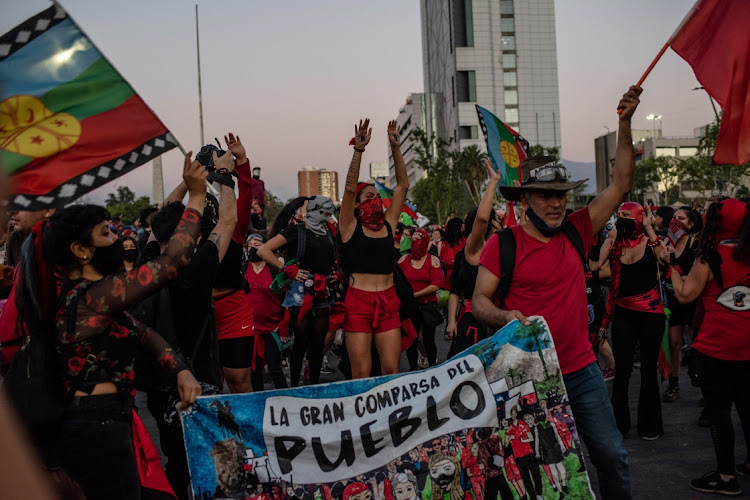 If anyone wondered what became of the fury that shook Latin America’s pre-pandemic streets, Chileans have an answer. On Sunday, they voted by a 78% majority to allow a new constitution and, by a like margin, for an independently elected body to do the rewrite. More people went to the polls (51% of the electorate) than in the second round of the 2017 presidential elections. Hold the teargas and water cannon. Cue the fireworks and national anthem.

Chile was due for a believing. “It’s the sentiment that Chile is run by an entrenched elite who take turns at the helm, in a country with stubbornly high levels of inequality,” economist Daniel Lansberg-Rodriguez, who teaches at  Northwestern University’s Kellogg School of Management, told me. “All the structural inputs for a mass rejection of the status quo are there.”

What’s harder to fathom is how to write all that exaltation into a workable compendium of laws that answers Chile’s aspirations and plays to its strengths as a Latin American economic exemplar.

The prevailing rules are what allowed this nation of 18-million to do so many things right. Inflation is low, and government spending before the public health emergency was temperate. Chile’s pandemic-battered credit-rating, recently downgraded to A-minus, is still the envy of Latin America. The privately managed pension system that protesters pilloried as a totem of avarice and exclusion represented assets worth 81% of GDP in 2019. The pacesetting economy also toppled the poverty rate from 36% in 2000 to 8.6% in 2017.

Such virtues have raised Chile’s international cachet and inflated the self-esteem of a political establishment that measured itself alongside the advanced nations of the Organisation for Economic Co-operation and Development (OECD).

A read of the crowded streets, however, suggests these laurels are an optical illusion and the policies that wrought them are now in peril. Even if overall Chilean fortunes have soared, many Chileans have languished. Chile’s income inequality outstrips its OECD peers; it has one of the highest ratios between the average income of the wealthiest 10% of its population and that of the poorest 10%. The country’s moneyed classes may think of their sky-scrapered capital as Sanhattan, but they are surrounded by less sightly boroughs. Even as poverty fell, 30% of the national population still lives on the edge, the World Bank said.

A constitutional overhaul is a hard turn for a market-friendly culture anchored in stability and dependable rules. But it’s in keeping with an excitable region where distrust in elected officialdom and the democratic contract is running high — a sentiment manifested in what Lansberg-Rodriguez calls Wiki Constitutionalism, whereby the highest laws are published and shredded with alarming regularity.

Some of these charters — Venezuela is working on 27, and the Dominican Republic has drafted 32 of them — are so stuffed with liberties and entitlements they read like a democratic bucket list. Among the 411 chapters of Bolivia’s 2009 constitution is one giving voters the Right to elect top court judges, a world first. article 192 of Brazil’s 1988 constitution famously capped interest rates at 12%, though it soon became a dead letter.

“The framers of Brazil’s constitution wanted to pack it with all the rights the dictatorship had voided,” said Felipe Camargo of Oxford Economics. “If Chileans go the same way, they could be forced to later undo a lot of unaffordable guarantees just to govern.”

Part of the problem with Chile’s existing charter is pedigree: It was written in 1980, when Chile was under the boot of Augusto Pinochet (1973—1990), the region’s iconic military dictator. To the Chilean street, retaining the tyrant’s rule book besmirches democracy.

Yet the economic orthodoxy it underwrote is also under assault. Much of the discord traces to article 19, which limits the Chilean state to a “subsidiary role”: Government steps in only where the private sector cannot provide. Hence, it was up to the markets to deliver services such as higher education, health, housing and pensions. Dreamed up as an incentive to enterprise, this arrangement is now accused of winking at the capture of public institutions by private interest.

Chileans want to crack the code and create a welfare state. This sounds reasonable. While requiring people to save for their own pensions was a bold idea, the system presupposed a society where steady work and good jobs were abundant, return on investment robust and the population greyed only gradually. Instead, Chileans learnt that savings rise or tank with the markets, life expectancy has soared and at least 29% of labourers still draw their livelihoods from the parlous informal economy. One in five Chileans aged 60 and older live in poverty.

“The original parameters for Chilean pensions are obsolete. We need to expand solidarity coverage for the middle class and include informal workers, who have been left behind,” Fernando Larrain, director-general of Chile’s privately run association of pension funds, told me. That’s a call for improving the system, not nationalising it — an onerous move that some of Chile’s neighbours have embraced and others are trying to reverse.

“The Chilean model is a unique way of conceiving the state and economy in Latin America, and that’s really what’s on the dock,” said economist Juan Nagel, who teaches at the Universidad de los Andes, in Santiago. “The voters have said the model has to change fundamentally, but it’s unclear how. That’s what makes investors so worried about what comes next.”

Until recently, Chilean politicians were known and admired for their penchant for conciliation, a quality enabling the economy to hum in a turbulent hemisphere, even as the country toggled between governments of the Left and the Right. It’s no coincidence that Chilean legislators agreed that any changes to the new charter may only be approved with a two-thirds supermajority of votes — an important firewall against more radical change.

But the tradition of temperance that set Chileans apart from their  continental coevals has weakened. Whether woke Chileans will go for anything less than a total reset is a tougher call. Managing the aspirations — and the inevitable frustrations to follow — is a job for political leadership. Sadly, that’s another Latin American asset in short supply.

The entire Amazon, which spans nine countries, has 28,892 active fires, according to a fire-monitoring tool funded in part by Nasa
World
8 months ago
Next Article