To view the financing of infrastructure as envisaged by developed nations, as supportive of developing nations’ development agendas, is to misread modern finance and its weaponisation 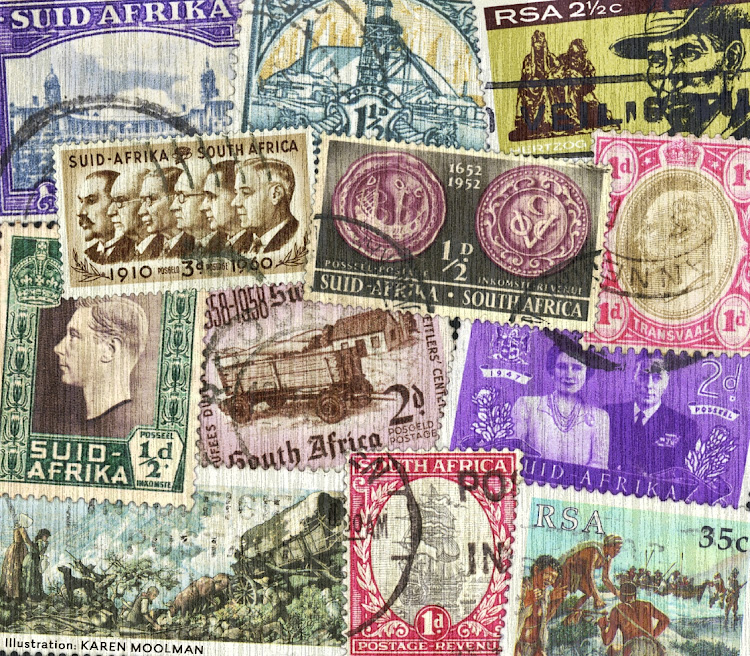 After centuries of slavery, colonialism, apartheid and democracy SA has emerged as the most unequal country in the world. Illustration: KAREN MOOLMAN

There has been no central issue that has focused the minds of Western nations and their controlled global financial institutions more clearly than that of how to finance infrastructure investment in the developing world. It is only comparable to their colonisation project.

Few doubt the significance of investment in sustainable infrastructure and the financial mobilisation thereof, not just as a part of attaining the sustainable development goals (SDGs), but also as the normal conduct of modern economic life in both developing and developed nations.

But to view the financing of infrastructure as envisaged by developed nations and their institutions as supporting developing nations’ development agenda, though couched as such, is to misread modern finance and its weaponisation in the complex neocolonisation agenda. It is also to not understand “infrastructure” as per their definition.

Were the intention to support growth, development and prosperity in the developing world, time-tested, empirically grounded and macroeconomically stable approaches would have been proposed. But by design their approach has nothing to do with development, rather the creation of what is termed infrastructure as an asset class.

This means public infrastructure such as roads, water and hospitals are transformed from a public good, paid for and belonging to the people, to infrastructure designed to extract and externalise increasing profits from both public funds and people’s future incomes, instead of being a platform for wealth creation by and for citizens.

An asset class is a group of tradable investments/securities, such as bonds or equities. Transforming them means repackaging money invested in infrastructure into a number of securitised financial debt instruments that can be bought or sold to provide revenue streams. It is the securitisation of development.

Differently, it is development within the failed Washington Consensus parameters but framed in the language of SDGs and layered over the Wall Street Consensus schemes of blending, securitisation and de-risking.

The scale of infrastructure to be financed cuts across the entire economy. In essence, it is the financing of democracy as a whole (call it control of democracy) by foreign money. Such external control of our democracy is attracted into the country at high cost to government and citizens through what is termed de-risking of investment by government.

De-risking is the compensation of speculative foreign capital so it rides in and out of the country free of any risk. This is done by way of subsidies, guarantees, reorganisation of domestic financial systems in its favour, removal of ecological and related regulatory environment that inhibit its entry and exit.

As a consequence of de-risking and securitisation, the scope to design a developmental compatible just transition to low carbon gets severely thinned, and so is the policy autonomy (space) to prosecute a developmental agenda highly circumscribed, all the while exposing the economy to the deleterious global financial cycles and macroeconomic instability.

To “maximise the mobilisation of international and domestic resources without undermining the integrity of the financial system”, as government writes, is inconsistent with the mechanics of the World Bank/G20 agenda from where this phrase is copied.

All this on account of the most fallacious economic thinking the Treasury and the Reserve Bank popularise to make it valid: “The country has no or low savings,” therefore we need private money, foreign and local for development.

Noting the devastation of this Western agenda on developing nations, over 120 academics/researchers from both global North and South — this author being one — wrote an open letter to the World Bank, objecting to the agenda’s implementation.

Initiated as “From Billions to Trillions” by the World Bank and later called “Maximising Finance for Development” and loaded onto the G20 agenda as “Infrastructure as an asset class” the agenda is to deploy billions of public money (for de-risking) to mobilise trillions of private finance through securitisation markets, ostensibly to achieve the SDGs.

The primary motive, however, is to build a financialised government that outsources its traditional provision of public goods role to the private sector, narrowing its functions to a derisking manager for private finance. It is backdoor privatisation.

Even in the face of global warnings against this neocolonialsation scheme, Treasury and the Reserve Bank have attended yearly meetings of the G20 and IMF/world Bank where this issue is highly promoted, yet have failed to warn cabinet and government, including the ANC, against this dangerous form of accumulation. Today all policy recovery documents are replete with “blending” as a solution.

How does a nation reasonably expect to execute a development agenda in the world’s most unequal economy with one of world’s highest unemployment rates and poverty, use finance that does not have a developmental purpose yet expect developmental outcomes?

That empirical macroeconomics reveals that poor economic growth, underdevelopment and macroeconomic fragility are causally connected to credit creation through securitisation appears deliberately unknown to SA. The push to blend and securitise infrastructure is in full swing, even without modelling its effects.

To be clear, investing in infrastructure is not new. Core ingredients of investor portfolios include shares in infrastructure firms; state infrastructure bonds, and so on However, the concept of bundling financial infrastructure assets together to form a distinct class that can be traded is fairly new. Public-private partnerships are some of its vehicles in this scheme.

Yet many developing economies, including China, show that infrastructure development can be accomplished without private money, let alone foreign money as the Australian Reserve Bank Quarterly Bulletin confirms.

It appears the pandemic is being used to fast-track drastic neoliberal playbook measures long yearned but that had no justifiable reason for implementation. To be seen to be putting an economy on a recovery plan, an antidevelopmental infrastructure approach is now the pretext.

This way the Treasury and the Reserve Bank will seek to sanitise their hands and mask their whole body against responsibility and displace the blame for nationwide unemployment, poverty and high price structure of the economy they cause to their misguided structural reforms.

What SA is witnessing is not a recovery plan but the continuation of the colonial/apartheid “accumulation by dispossession”, which the majority of citizens have suffered for decades. Further dispossession through accumulation by derisking and securitisation is now being facilitated by the democratic state through its macroeconomic institutions of state.

Recovery plan has to be bold enough to fix SA economy

WATCH: How viable is the economic recovery plan

Miriam Altman, commissioner in national planning in the presidency, talks to Business Day TV about the recovery plan
Economy
9 months ago

Recovery plan will be tested by Tito Mboweni’s budget