A recovery plan lacking in method and vision 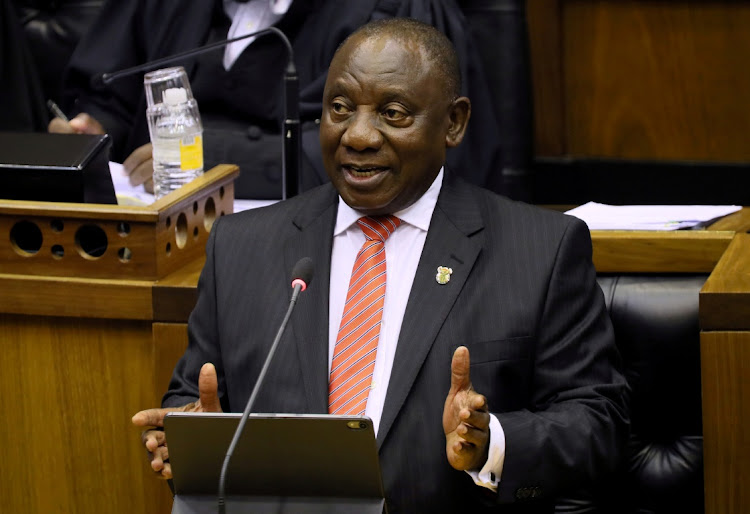 As a result of the Covid crisis SA’s GDP shrunk 17.2% year on year in the second quarter, and 2.2-million people lost their jobs.

Though all signs point to an economic rebound in the second half of 2020, it will be only partial. The latest Google mobility data show that by the first week of October, well into lockdown level one, the number of people in offices was still 25% below the pre-coronavirus level of early March. And the number of people moving through transit stations such as taxi ranks was still 32% down.

Last week the cabinet approved the SA Economic Reconstruction and Recovery Plan, based on the consensus reached between the social partners in the National Economic Development and Labour Council (Nedlac). President Cyril Ramaphosa is due to announce the plan in parliament on Thursday. We’ll see what the final document says, but the PowerPoint presentation to cabinet and draft Nedlac version of the plan raise a number of concerns.

The plan has no overall vision as to what it wants to achieve. There are few quantified targets and almost nothing in the plan is costed. It states that we need more investment and economic growth, but does not quantify how much. It does not say how the government is to finance its part in the huge infrastructure investment and mass public employment programmes that are planned. And there is no discussion of the precarious state of public finances, aside from a reference to government “managing its wage bill”.

The bulk of investment is to be done by the private sector, but it does not indicate how committed the private sector is. Have companies committed specific amounts of funding to specific projects, or is it merely a commitment in principle? There is no serious discussion on the condition of state-owned entities (SOEs). It says Eskom needs to be restructured, but nothing beyond what we already know apart from the idea that we apparently need a social compact on Eskom. What that social compact should achieve is not clear.

The plan is silent on the lack of a capable state, the existence of massive corruption, and perpetual policy paralysis of the past and present. In general, there is almost nothing that cannot be found in the National Development Plan, finance minister Tito Mboweni’s 2019 plan, or even the Growth, Employment and Redistribution (Gear) plan, or the Accelerated and Shared Growth Initiative (Asgisa).

That would be perfectly fine if accompanied by some introspection as to why all these past policies failed to achieve their objectives. We need to know what is different this time round. Is the lack of detail in the plan a reflection of policy paralysis? Might going into the detail be impossible because of a fractured governing alliance and disagreements between government, business, and labour? This might indeed be the case, as central to an investment plan is the question of how it will be financed. And with growing government expenditure and a growing share of the budget allocated to its wage bill, there is not much room for the government to finance investment.

The plan fails to give strategic direction on what type of growth we need. That growth will have to be urban. SA’s urban population will rise up to about 52-million by 2035. This is an increase of 12-million to 14-million from 2018. We therefore need a growth plan that focuses on urban development. We also need that growth to be green and sustainable. This entails a plan for high density, human-centred cities that integrates investments in energy, water, modern telecommunications and improved low-emissions public transport. And we need sustainable agriculture to feed this growing urban population. Thus, the plan should focus on creating high, inclusive, green, investment-driven and urban-focused economic growth with a sustainable agricultural sector.

With government’s growing debt burden the plan should make it clear that the government cannot finance it. The plan also needs to include a realistic outline on curtailing government expenditure, especially its wage bill. In the absence of government, private investment will be the primary driver of economic growth and the plan should have a target for that.

For companies to invest more they need to see an improvement in expected profits and a reduction in perceived risks. Thus, the growth plan should contain specific details on how this will be done. Steps should include the removal of stumbling blocks, red tape, policy uncertainty, and delays (for example, the delays in spectrum release). Why, for instance, in a country with too little electricity, are there limits on the amount of electricity that can be generated by a private company for its own use? Markets should be opened and deregulated to free up initiative.

In addition to a strategic vision, we need details on who will do what, by when, and at what cost, to achieve which objective. The plan on the table does not do that.

• Burger is pro vice-chancellor: poverty, inequality & economic development and professor of economics at the University of the Free State.

DUMA GQUBULE: Cabinet plan for the economy is a shambles and little more than a wish list

Many aspects of the economic Master Plan promise little more than a doubling down on old, dog-eared ANC shibboleths
Opinion
6 months ago

The MTBPS was originally scheduled for October 21, and was to have closely followed the release of President Cyril Ramaphosa’s recovery plan
Economy
5 months ago
Next Article

AYABONGA CAWE: Financing gap is among aspects that should feature in recovery ...

AYABONGA CAWE: Financing gap is among aspects that should feature in recovery ...