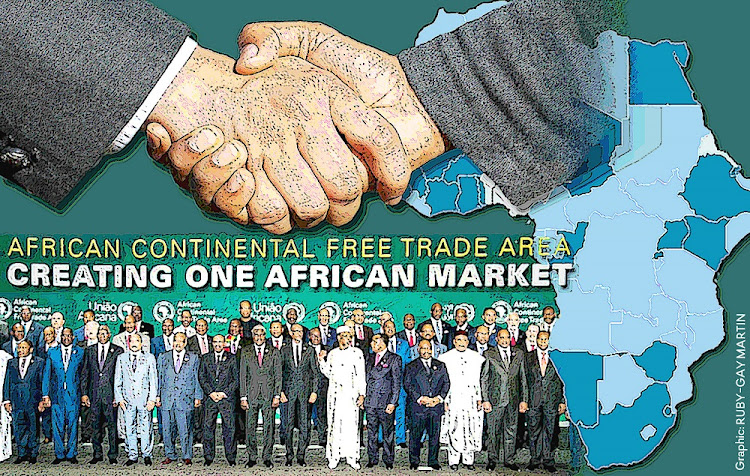 With less than three months before the expected conclusion of negotiations on the African Continental Free Trade Area’s (AfCFTA) protocol on investment increasing attention is being paid to the protocol’s likely investment protections and rights of recourse for investors in Africa.

While it should establish a pragmatic framework for investment across the continent, the effect of the global Covid-19 pandemic on Africa and the concomitant economic uncertainty underscores the need for a predictable, fair regulatory environment.

The AfCFTA drafters have a singular opportunity to fashion a regime that supports modern investment policies by promoting sustainable development while preserving regulatory autonomy, without introducing uncertainty that undermines the usefulness of investment protections as important risk-mitigation tools.

While the protocol’s content remains unclear, it is hoped that it will enhance Africa’s prospects as a desirable investment destination by offering investment protections that support the rule of law and good governance. It should provide appropriate mechanisms for the international enforcement of those protections and harness the contributions of foreign investment to maximise development.

However, there is a risk that, should certain emerging trends in intra-African investment instruments be incorporated into the protocol, it may send mixed messages to investors as to the level of protection afforded, thus impeding the protocol’s effectiveness as an investment catalyst.

The investment code allows member states to adopt measures that derogate from the most favoured nation provision where they are designed to protect public welfare objectives.

Such trends include the diminution of traditional investment protections, the imposition of loosely defined obligations on investors and the limitation on access to investor-state dispute settlement. These trends, while reflecting a significant effort to address imbalances in the investor-state relationship and preserve sufficient policy space for jurisdictions with underdeveloped investment frameworks, may be viewed as introducing additional investment risk.

The draft Pan-African Investment Code exemplifies this. In its preamble it expressly preserves host states’ rights to regulate all aspects of investments within their territories to meet national policy objectives and promote sustainable development. Uncertainty exists as to the usefulness of incorporating this “right” in the preamble, which would not necessarily form a cornerstone of the interpretation of any treaty under the Vienna Convention on the Law of Treaties.

Moreover, the inclusion of such broad language may lead investors to question whether the protections outlined elsewhere in the investment code are consequently devalued or undermined.

By including provisions affording host states greater policy space to pursue national development objectives, these investment instruments depart from the traditional investment protection model by placing more emphasis on protecting investors’ rights. As the AfCFTA treaty expressly affirms the right of state parties to regulate and achieve legitimate policy objectives, it is likely that the investment protocol will include broad powers to enable host states to implement domestic policy initiatives.

While this shift towards achieving a more equitable balance between the rights of investors and host states is understandable, to the extent that the right to regulate is framed in an inconsistent manner, it could result in the unpredictable exercise of regulatory power by some states, eroding investor confidence.

Some intra-African investment instruments likewise impose obligations on investors in respect of their conduct in a host state’s territory. For instance, article 19 of the investment code provides that investments shall meet national and internationally accepted standards of corporate governance and obligations to ensure equitable treatment of all shareholders and encourage active co-operation between corporations and stakeholders.

While these objectives are commendable, the scope of such obligations is largely undefined, while the mechanism for their enforcement is unclear. It is also questionable whether investment treaties are the best place to address responsible business conduct or whether the domestic law of the investment host state is the more appropriate location for the articulation of these obligations.

Dispute settlement mechanisms that require recourse to domestic courts have historically faced criticism, particularly where they result in investors having to rely upon inefficient local legal systems to enforce protections. Recently, there has been opposition to this as such a duty can be appropriate, not least where host states have mature legal systems.

Ultimately, what is significant for the purposes of the formulation of the investment protocol is that effective dispute settlement mechanisms are easily accessible to ensure predictable enforcement of investor protections, and host states are subject to a binding obligation to comply with the awards granted.

Looking beyond intra-African investment instruments, developments emerging from the UN Commission on International Trade Law working group three on investor-state dispute settlement reform and the European Commission’s proposed multilateral investment court may prove instructive. In respect of the proposed format of a multilateral decision-making body, the commission suggested the creation of a two-tiered investment court system to hear disputes under existing and future agreements, which would include a tribunal of first instance and an appellate tribunal.

Other submissions proposed to working group three by countries such as Colombia and Ecuador include novel alternatives to investor-state dispute settlement, such as the adoption of a multilateral convention on investor-state arbitration with core elements and opt-in elements for states that ratify it.

Many of the submissions emphasise the potential value of developing a “menu of possible solutions ... that member states can choose to adopt, based on their specific needs and interests”. A flexible, à la carte style investment arbitration convention may resonate with AfCFTA negotiators seeking to devise a single, coherent dispute settlement regime for a diverse group of jurisdictions.

In light of these trends the AfCFTA negotiators have a unique opportunity to contribute to the development and reform of international investment law by creating an instrument that addresses the expectations of investors, stimulates the flow of capital and maximises the contribution of foreign investment to the realisation of domestic, regional and — above all continental — development objectives.

The pandemic has heightened the need for a legal framework for the African trade agreement, with the first commercial deal pushed out to July
World
10 months ago

Many have come up with innovative products during the crisis, and the AfCFTA could open a unique space for small businesses
Opinion
10 months ago