Policies include the designation of specific businesses and sectors for locals 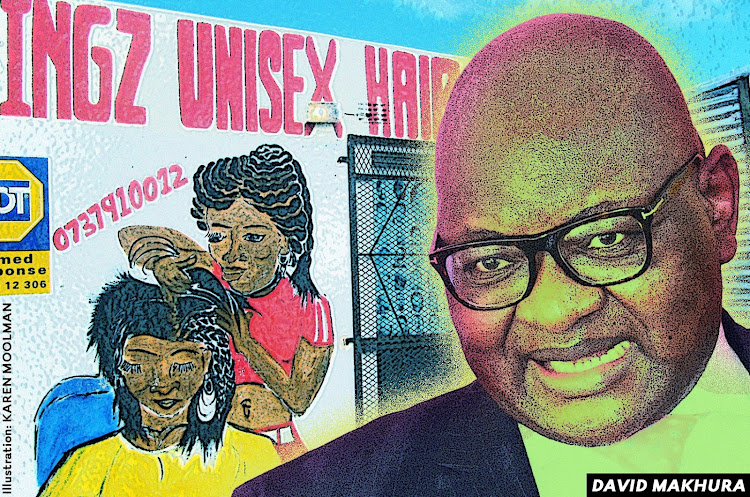 Thanks to Gauteng premier David Makhura’s ground-breaking initiative on township economies, there is now light at the end of the tunnel. These policies include the designation of specific businesses and sectors in the townships for locals. In addition, significant investments in revitalising infrastructure as well as funding opportunities for local businesses. Illustration: KAREN MOOLMAN

Thanks to Gauteng premier David Makhura’s ground-breaking initiative on township economies, there is now light at the end of the tunnel. The rampant poverty, unemployment and inequality ravaging communities, particularly those in the townships, rural areas and informal settlements, can now be tackled head-on.

Makhura’s officials are engaging stakeholders on policies for township economies. A bill has been gazetted and the consultations are thus a mandatory process, apart from highlighting the seriousness of the Gauteng provincial government.

The proposed policies include the designation of specific businesses and sectors in the townships for locals. In addition, they will also ensure that retail shops and malls in townships partner with local businesses and source some of their products and services from local producers, service providers and manufacturers within the township economy.

The policies also indirectly promote horizontal and vertical linkages in specific sectors between businesses in these communities, to stimulate the emergence of local value chains and/or the exploitation of social capital.

Procurement processes that allow the government and its main contractors to buy from large groups of township-based firms will be set up. The taxi industry will see ranks turned into micro-CBDs (central business districts) and used to generate local value chains and industries. In addition, backyard real estate development will convert areas with high commercial densities into local high streets.

These new policies entrench the Gauteng government’s Township Economies Revitalisation (Ter) programme. For instance, between 2014 and 2018 the provincial government procured goods and services under the Ter programme to the value of R80bn from about 12,041 firms owned by historically disadvantaged individuals. More than R20bn went to township-based firms.

In addition, significant investments were made in revitalising infrastructure that supports township businesses, such as building and renovating industrial parks, agriparks and eKasiLabs. Funding opportunities for township businesses were also increased.

This is welcome news as the reality is that poverty, unemployment and inequality have worsened since 1994, when the new and democratically elected ANC government took over. While everybody blames the ANC, deeper structural issues are at the root of the problem.

Thankfully, Makhura is dealing with the issue creatively and, with much appreciation, other provinces are following suit. For instance, KwaZulu-Natal and Mpumalanga are driving programmes for the economies of rural communities.

What cannot be overlooked is that Covid-19 resulted in a wholesale slaughter of jobs as companies were forced to downsize because of the lockdowns. These followed the downgrading of SA debt, and by March the country was already virtually in a recession.

Last week Stats SA announced that more than 2-million jobs have been lost. The situation in the informal sector is a bloodbath for both businesses and jobs. Worse still, as reported in various forums, relief packages have not reached thousands of the casualties, and in any case, since it is difficult to differentiate between a business and a person in the informal sector, support is given with much hesitancy and restraint.

Late in 2019, President Cyril Ramaphosa stressed the importance of township and rural economies in fighting unemployment and poverty. He then mandated the deputy president to work with provinces in making this a reality. Several meetings have been held and a strategy is being finalised. Already many townships have been profiled by the African Development Bank, which is working with the National Planning Commission (NPC) and the office of the deputy president.

For rural economies, the department of agriculture, land reform & rural development presented a strategy to the NPC that would intensify food security and link rural producers with urban markets, ostensibly the townships.

In the aftermath of the Covid-19 pandemic, the townships and rural economies strategy needs to be accelerated if it is to make a difference in these distressed areas. Hence the policy drive by Gauteng.

To get back to the root of the problem, previous policies did not confront the embedded constraints inherited from the past that now face newly emerging black businesses. These previous policies emphasised a superstructure of formal and informal institutions premised on economic dominance by the minority.

Formal institutions refers to the regulations and laws, while informal institutions refers to the culture, ways of doing business, dominant social structures and relationships and, above all, embedded interests. These reflect socialisations spanning several decades of apartheid. To expect that behaviours or mindsets of the apartheid era will disappear overnight is a colossal pipe dream.

Social scientist Petrik Runst argues that regardless of institutional and environmental changes, beliefs and preference traits do not adjust immediately. For instance, major restraints such as the high levels of concentration in sectors, the control or ownership of value chains through vertical and horizontal linkages, advanced technologies and, above all, far superior knowledge of products and markets, remain untouched.

Unsurprisingly, the bulk of new black entrants, save for one or two, are no match for the formidable mountain they have to climb. Thus, though the economy is free, it is not fair. This is not racism that can be dealt with by legislation, but a difficult-to-change socioeconomic and market reality.

Business leaders, black and white, are not appointed to transform economies or create jobs, but to ensure high returns for their shareholders. Hence, the Gauteng government argues, these inherited policies and the current regulatory regime simply reproduce inequalities and inhibit the growth of township businesses.

Worse still, the flooding of the township market by foreign-owned spaza shops and mega shopping malls has led to the decline, if not collapse, of many township businesses.

Makhura’s approach thus makes sense, as it not only enables enterprise and job creation in the townships but reverses apartheid spatialities. It is only when the money circulates in Alexandra, Riverlea, Laudium, Mamelodi, Eldorado Park, Soweto and Sebokeng that local conditions will improve and people will be able to conquer the poverty, unemployment and inequality that bedevil their areas.

Fighting poverty and unemployment is not a responsibility of the government alone, but of communities. Makhura is facilitating this.

• Dr Mazwai is on the National Planning Commission (NPC) and leads the think-tank on township and rural economies. He writes in his personal capacity.

From a crop monitoring app to a drone programme, the continent’s innovators have been kept busy
Opinion
7 months ago