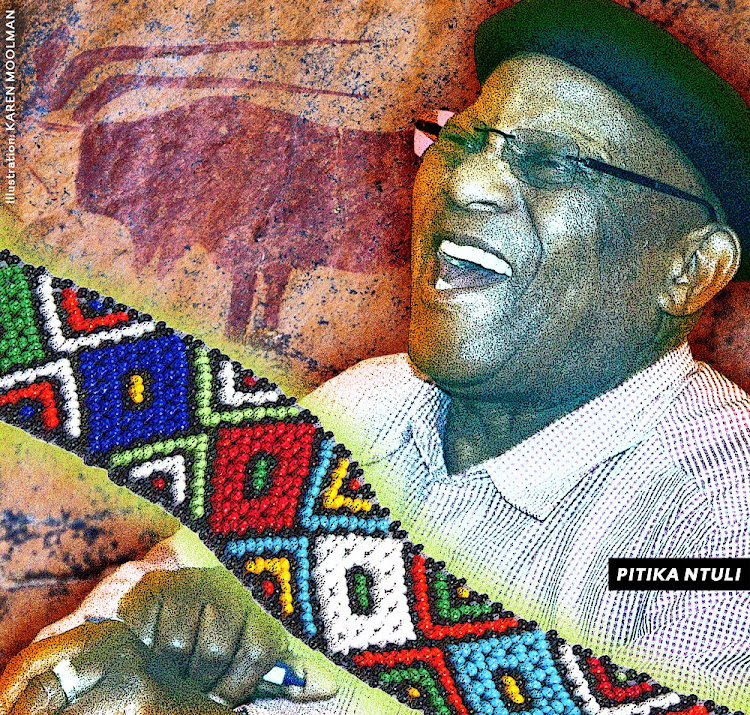 There is growing pressure to return ancient African artefacts expropriated during the colonial era to their homes in Africa. These vessels of knowledge and culture are considered valuable teaching aids for today’s generation.

In July a pan-African movement of art activists seeking reparations for colonialism, slavery and cultural expropriation walked into the Afrika Museum in the Netherlands, removed a Congolese funeral statue and walked out. Their protest, broadcast live on social media, was aimed at turning the tables on colonialism.

This was the group’s third such protest, drawing attention not only to the expropriation of the past but also the class and economic factors affecting access to such artefacts. Congolese movement leader Mwazulu Diyabanza and four others appeared in a Paris court last week charged with theft. Their trial is expected to shine more light on expropriation through colonialism and slavery.

French President Emmanuel Macron is the first international leader to prioritise restitution and repatriation. He commissioned an investigation into the estimated 90,000 artefacts from African countries that are in French museums. The report, entitled “The restitution of African cultural heritage: towards a new relational ethics”, by Felwine Sarr and Bénédicte Savoy, was published in 2018 and called for “young people [of Africa] to have access to their own culture, creativity and spirituality from other eras”.

This is relevant to SA as at least 5,000 of our artefacts are stored in the basement of the British Museum. They were plundered mainly by missionaries, working in the name of Christianity, and returned to England by the likes of Sir Theophilus Shepstone, who has a town on KwaZulu-Natal south coast  named after him. In late 1996 sanusi Vusamazulu Credo Mutwa made two privately funded visits to view these artefacts. Over a period of six days Mutwa documented these sacred pieces of art, traditional ritual pieces and great SA treasures.

According to the notes of philanthropist Lesley Ann van Selm, who accompanied Mutwa on the visit, the artefacts included “beaded cosmic charts and love-letter necklaces, leather and bead thongs, Zulu girl’s waistbands, wedding adornments, snuff cloths, wooden carved pipes and a beadwork collection of 1,000 items. There was a leather necklace studded with yellowing lion’s claws that belonged to Shaka Zulu, and items from Mutwa’s forefather, Dingaan.”

At a press conference in Trafalgar Square in 1996, Mutwa explained the value of the collection, much of which had not been seen by anyone for 150 years. “These works of art timeously document the history of our families, our clans and villages that make up our age-old societies. These priceless pieces of our identity were shipped off our shores through nothing but dubious and surreptitious means. The collection has never been documented or catalogued. Now our knowledge has been erased and stolen from us, and we have very little evidence of Africa’s precolonial history. In these boxes could lie the answer to our salvation ... where we will find the holy grail ... the covenant that will lead our people from darkness. I am talking about a renaissance.”

The artefacts plundered by colonialist and missionaries not only have aesthetic value but were used for spiritual and cultural knowledge. While the British Museum knows little about the origin or purpose of these works, current and future generations of South Africans are also disconnected from this history.

Artist Pitika Ntuli’s latest work is an exhibition titled Azibuyele Emasisweni (Return to the Source) which is aimed at reclaiming spiritual knowledge. He said the “source” in the title “is those very artworks in the British Museum. Colonialism wants to create its own image and deny you your identity, history, education, religion and practically everything. Our ancestors gained spiritual knowledge through artworks. We want to know how they were made and for what purpose”.

Art historian and professor Chika Okeke-Agulu confirmed this during the Africa Soft Power dialogues. “What you have today is a generation of Africans who have no interest in their culture because of the trauma of the past. It is like watching Nollywood, where every African religion is framed in the negative. And at the same time the things of value are the shiny things from Europe. People who do not have access and knowledge of their past will continue to scratch around their present, not to talk about their future.”

“SA has a lost history,” explains contemporary SA artist Juan Stockenstroom. “Our statues are of people like Jan van Riebeeck and Cecil John Rhodes, the primary colonialists. It is almost like a reverse. Those were the idols that were fermented into history here. We don’t have monuments created by the natural people of the land.”

Just as the Sarr-Savoy report proposed an “agreement of cultural co-operation” between the colonial body and the country of origin, so Mutwa made application to the SA government to negotiate with the British government for repatriation of artefacts to “help foster a greater understanding of traditional African culture”. However, the “continuous discontinuity”, as Ntuli describes arts governance in SA, has ensured no resolution to date.

Ntuli tabled the issue of restitution at the AU Agenda 2063 conference in Addis Ababa in 2013 with the support of then chair Nkosazana Dlamini-Zuma. He said: “These works belong to African people as teaching aids, as our culture and as a link between us and our spirits. The issue of them being returned is a matter of urgency and great importance to us as a people.”

For Ntuli the sort of cultural revolution required to regain and respect African artworks and instruments of spirituality and memory are more likely to happen organically through artists, poets, writers, debaters, institutions and NGOs.

This bottom-up solution is supported by American arts entrepreneur James E Bartlett. Speaking at the Africa Soft Power dialogue he advised that the key to good restitution is co-ordination and collaboration, and called for a collective pan-African demand for restitution from governments, academics, corporations and art institutions, putting pressure on their colonial counterparts.

One platform building an authentic SA art movement is the Africa South Biennale, the first edition of which began at the end of September.

• Douglas is a journalist and author.

CHRIS THURMAN: Restitution of stolen artefacts creates opportunities for a sharing of ideas