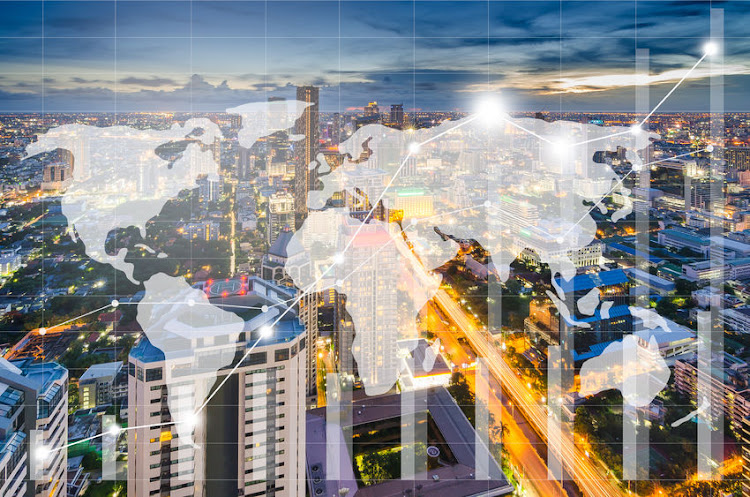 The portion of our GDP that traces to participation in global supply chains would be encouraging if it wasn’t so misleading, says the writer. Picture: 123RF/KONGKITWIRIYACHAN

Sustained high growth requires we open our minds and our borders. We’ve been publicly acknowledging the grip of patronage on the government for about five years. We must now confront how long-standing isolationist biases undermine the nation’s future.

SA stands out in the Organisation for Economic Co-operation and Development’s (OECD’s) recently released assessment of global prospects as, of the many countries analysed, our economy is expected to contract the most this year and grow the least next year. The OECD’s insights highlight how Eskom and inadequate domestic demand unite to undermine our already unsustainable sovereign and household debt trajectories.

We know Eskom’s woes reflect blatant patronage and excessive debt. What has attracted little attention is the larger issue of inadequate domestic demand. Without reforms triggering intense integration into the global economy, most South Africans will remain entrenched in chronic poverty for many decades.

Household consumption was supported from 2002 to 2007 by strong global commodity demand and its knock-on effects. Then the Zuma-era government borrowed aggressively while swelling the civil service wage bill. Much consumption was being funded by expensive consumer debt, thus further impairing domestic-driven growth potential.

Global supply chain integration requires a competitiveness focus at odds with policies and practices that use a redistribution agenda to camouflage rampant patronage. Thus our borders barricade both the market access and diffusion of new skills required to sustain high growth. Consider how “buy local” campaigns harm consumers and erode competitiveness while, in the short-term, benefiting unions. Conversely, specialisation and global integration have reduced global poverty through huge wealth creation in recent decades.

The coronavirus arrived after a long-festering pandemic of compounding interest payments, alongside low productivity, had hobbled domestic purchasing power. The lockdown then crippled economic activity while provoking emergency borrowings.

While the ANC is responsible for widespread patronage and abundant policy missteps, the inability of other leaders to offer a workable growth plan largely reflects their unwillingness to confront the necessity of shifting from debt-funded to export-led growth. Economic development is largely a numbers game. Our high unemployment and poverty can only be overcome through access to more purchasing power than our domestic economy can generate. As during apartheid, lack of market access retards black progress.

Our various leaders seem to believe that the economy is well integrated into the global economy. The OECD did not casually reach a contrary conclusion. The portion of our GDP that traces to participation in global supply chains would be encouraging if it wasn’t so misleading.

Automotive manufacturing and steel making have been among the most globally distorted sectors as they symbolise industrialisation and they generate well-paid — though relatively few — unionised jobs. Given the prominence of unions within its support base, the ANC has been motivated to exploit access to the domestic market to induce global companies to expand their SA manufacturing operations.

Our policies and practices produce inflation and unemployment, which are both dangerously elevated relative to today’s global norms. Eskom symbolises the worst source of inflation as government sanctioned patronage induces unaffordable corruption made worse by incompetence. SA’s consumers are a battered bunch.

Relying on aggressive borrowing strategies to spur growth in domestic sales is irrational given our weak purchasing power and the billowing gap between borrowing costs and productivity growth. Workers, companies and countries advance today through increasing productivity and specialisation within a fervently integrated global economy.

As when the Covid-19 pandemic unfolded, the variation in global forecasts two years out is wild, perhaps helping to keep implied levels of stock ...
Opinion
8 months ago

Steps taken almost everywhere else to apply a temporary, postlockdown stimulus to more spending and growth are not envisaged in SA
Opinion
8 months ago