How the class of Covid will change thinking on higher education

Is the UK’s centuries-old model of higher education suited to the needs of today’s young people? Does it still deliver value for students and taxpayers? 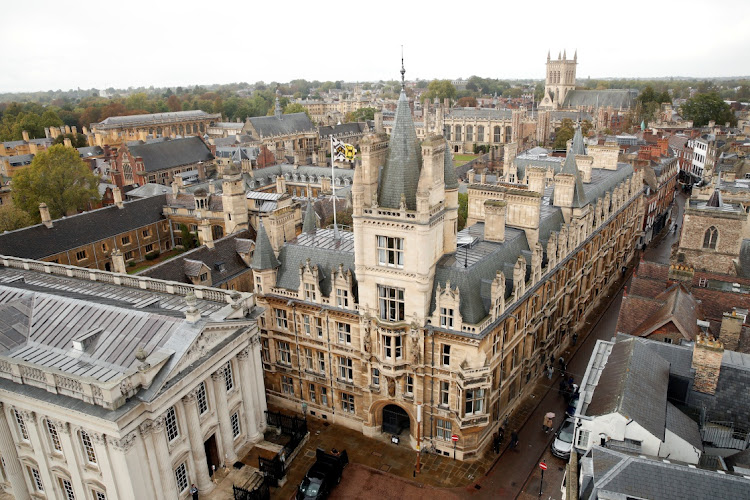 At a media conference on Wednesday, UK chief scientific adviser Patrick Vallance showed a slide that perfectly illustrated the crisis facing universities. Clearly, restrictions are no match for 19-year-old hormones.

The Covid-19 problems started almost as soon as universities welcomed people back. Infection rates ticked up in both the UK and US, and one campus after another had to shut down in-person learning, often leaving students imprisoned in residence halls.

Whether or not those measures prove effective, universities are not going to come out of this crisis unscathed. The pandemic hasn’t only forced them to find ways to continue education while suppressing virus transmission, it has raised more existential questions: Is our centuries-old model of higher education suited to the needs of today’s young people? Does it still deliver value for students and taxpayers?

These questions have been around for a while, but they now have real urgency. The virus has squeezed university finances and is jeopardising business models based around large campuses, high-ticket capital expenditure and foreign students.

It’s hard to blame university administrators for imposing rules to protect students, staff and the wider community. But students feel let down. In Britain, they were urged back to campus by the government and their universities (which were worried about mass deferments hitting funding) only to find themselves trapped in expensive housing with no in-person classes. They’re being charged full tuition fees and boarding expenses for isolated days watching Zoom classes — a far cry from the college life they expected.

And young people have already been hit hard by this crisis: many had internships and jobs cancelled during the UK summer or will graduate into a bleak labour market with consequences for their life-long earning potential.

As the daughter of two former university professors and the parent of two university students in the US (one studying remotely at home, the other logging into his classes from a solitary dorm room on campus), the crisis has made me rethink a model I once accepted as set in stone. Although remote learning has its drawbacks, it’s not the end of the world. It holds some advantages, including potentially lower costs and greater flexibility.

All of this has renewed the debate over the purpose of higher education, its structure and its funding. In a June column, two Bloomberg Opinion colleagues — Tyler Cowen and Noah Smith, both economists — discussed these issues in terms of the US system. In the UK, the debate takes on a somewhat different complexion because of the central role of the state in British education.

Tuition for universities in England is capped by the government at £9,250 per year for UK and Irish students. Students are entitled to government-subsidised loans, which only become repayable when they’re earning above a certain salary threshold (just over £27,000 from 2021), above which they repay 9% of earnings with all outstanding debt forgiven after 30 years.

That will sound generous to many American ears, but it’s controversial. In the last election, the Labour Party campaigned to abolish tuition fees entirely, an unaffordable position. Even Conservatives have debated the balance of costs between taxpayers and students. A government report into the sector called for reductions of tuition fees and a lower repayment threshold, along with other reforms. There’s concern about a proliferation of degrees that don’t lead to well-paid jobs.

There’s also a worry that the financial crunch of Covid-19 will shut down universities that have a disproportionately high number of students from lower-income backgrounds. This would limit access to further education, hurt social mobility and crimp Prime Minister Boris Johnson’s agenda to rebalance Britain’s economy.

And how will the broader higher education sector will emerge from this? The pandemic means fewer high-paying Asian and other foreign applicants. Brexit will lead to a decline in applicants from the EU, whose citizens will have to pay higher international tuition rates from 2021. These changes threaten research funds and recruitment of faculty from outside the UK Lower-tier universities also worry they’ll be left with the poorest performing students. Some institutions may fail.

UK universities don’t hold large cash reserves. In recent years, they’ve spent a lot on new facilities and refurbishments, partly in the hopes of attracting those international students in a competitive market. Only two UK universities (Oxford and Cambridge) hold endowments of more than a billion pounds — nowhere close to the deep pockets of many second-tier US colleges and universities.

The UK’s Institute for Fiscal Studies estimates that the pandemic could cost anywhere from ˆ£3bn-£19bn, or 7.5% of yearly income in the sector. Over half of the losses come from the drop-off in international student enrolment.

Like pretty much every other part of the economy, the short-term answer to British universities’ plight has been more state support. So far, though, the government has allocated some new funding and rule changes, but has resisted wider calls to bail out the sector.

That’s probably right. For the most part Britain’s universities are strong and prestigious enough to weather the storm; the crisis should instead force these institutions to get more creative in their offerings.

Meanwhile, the Class of Covid, in Britain as in the US, will have to deal with the worst of both worlds: high costs and a much diminished college experience. It’s a reminder that while campuses can provide wonderful coming-of-age opportunities as well as a degree, the two don’t necessarily have to go together.

Volunteers to be given Covid-19 virus in UK ‘human challenge’ trials, FT says

Volunteers to be given Covid-19 virus in UK ‘human challenge’ trials, FT says