Now that their reach has been extended, they are likely to be more difficult to stub out 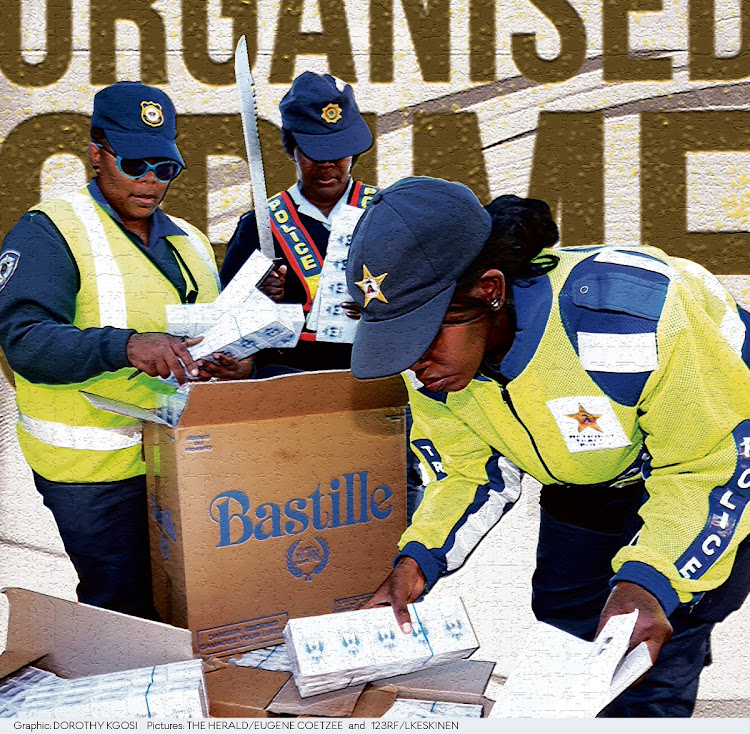 Organised crime in SA is about to go into overdrive, and we can blame the lockdown and its bans on tobacco and alcohol.

Trade in tobacco and tobacco products was banned in SA for 143 days in response to the outbreak of Covid-19. At the time, critics warned that the ban would force the trade underground and strengthen the hand of organised crime. With the country now easing restrictions to level 1, this is an appropriate moment to examine trends and ask whether organised crime has indeed been strengthened. If so, what might this mean?

It is clear the ban did not greatly affect demand for tobacco products. A series of surveys by the Research Unit on the Economics of Excisable Products at the University of Cape Town (UCT) established that 90% of smokers bought cigarettes during lockdown, despite the ban.

The lockdown effectively rendered the whole of SA’s R30bn tobacco market illicit. Illegal cigarettes retailed at a mark-up of up to 500%, which means banning tobacco products placed far more resources in the hands of organised crime. Quite simply, this has made a significant section of the criminal underground more resilient and harder to roll back after lockdown.

The ban decisively shifted SA’s cigarette market in favour of the illicit trade. Law-abiding and taxpaying British American Tobacco SA (Batsa) had 48% of the market before lockdown. By June this had fallen to a miserable 8.7%. The research unit’s survey shows the main brands sold under lockdown are manufactured by smaller local and Zimbabwean companies Gold Leaf, Carnilinx and Best.

The primary source of illicit cigarettes is the phenomenon of “round tripping”. Tobacco exports are exempted from excise taxes, which make up about half of the over-the-counter price of legal cigarettes. By declaring cigarettes for export but then selling them locally, unscrupulous manufacturers can undercut law-abiding companies by 50%. SA Revenue Service (Sars) commissioner Edward Kieswetter said in August “it is going to take years to root out the corruption and illegal activities that have taken root in the past four months”.

SA has been bedevilled by the illicit cigarette trade for more than a decade, but immediately before the lockdown there were signs that a revitalised Sars was starting to turn the tide. The UCT research unit reported that tax revenue from cigarettes in 2019/2021 had risen nearly 20% on the previous year. The unit argued that this rise did not represent an increased intensity of tobacco use in SA but greater formalisation of the sector, through both increased efforts on the part of Sars and co-operation from big listed tobacco companies.

The ban on cigarettes puts these gains in peril. It does not seem to have succeeded in much reducing the size of the market but, by rendering distribution illegal, has handed that activity back to criminals and racketeers.

It must be remembered that illicit tobacco is only one element of organised crime in SA. Organised crime is a business, and like all enterprises was negatively affected by the Covid-19 lockdown. The closure of SA’s borders disrupted its supply chains in much the same way it did for legal enterprises. While there are obviously no official or audited figures available, it is likely that illicit imports (drugs, tobacco, counterfeit consumer goods) and exports (minerals, seafood such as abalone and crayfish, wildlife) declined markedly.

International experts warn that while many types of illicit trade declined all over the world in the face of Covid-19, organised crime is likely to emerge from the crisis stronger than ever. Global Initiative Against Transnational Organised Crime director Mark Shaw has suggested that while “less resilient” organised crime networks may be removed from the scene, those with more resources will become “further embedded”.

The thriving illicit tobacco industry under lockdown has provided exactly those resources. While the evidence is largely anecdotal, there has been a highly visible link between cigarette distribution and drug-dealing networks. The young men peddling illicit cigarettes on street corners are more often than not the same individuals who previously sold drugs. It is almost certain that their bosses and suppliers, and the transport networks that distribute illicit cigarettes throughout the country, are established elements of the drug trade.

When legal cross-border trade resumes, it will enable a resumption of a full flow of illicit drugs, minerals (gold and diamonds), wildlife products and counterfeit consumer goods. Criminal markets tend to be “convergent” in that profits from one area are used to finance illicit activities elsewhere. The networks involved will be more capacitated than ever by their tobacco profits, and can be expected to go into overdrive.

It has been reported by Interpol, among others, that precursor chemicals for widely used synthetic local drugs such as methamphetamine (tik) and Mandrax are imported from Asia in exchange for illegally harvested seafood products such as abalone and crayfish. Organised crime now possesses greater resources to finance these so-called meth-for-fish transactions as well as other fauna and flora poaching. Organised criminals will also look for other, as yet unknown, areas to exploit.

What the illicit tobacco trade shows is that organised crime did not go away. Like all sensible business people during times of adversity, criminals look to diversify their networks and find new ways of doing business. The lockdown experience also hints at the pervasiveness of organised criminality. Millions of South Africans with no previous link to criminality beyond the occasional parking fine were drawn into criminal networks.

Enforcement, already floundering because of state capture, appears to have been further undermined during the lockdown. Corruption Watch reports that complaints to its whistle-blower hotline are up 20% on 2019 and that nearly a third of these involve bribe soliciting and intimidation by members of the SA Police Service.

2020 has been a difficult year for law-abiding South Africans. But when the lockdown lifts, there is every chance they will find living in one of the world’s most crime-ravaged societies has become even tougher.

• Christianson, a freelance writer, has been a political scientist, non-governmental organisation researcher and development banker. He entered business journalism in 1997 and was Diageo African Business Writer of the Year in 2006.

Is it really just a coincidence that the health minister has reconstituted his Covid-19 advisory committee — and left out the most outspoken critics?
Opinion
9 months ago

About 13% of smokers in SA have stopped smoking due to financial as much as health reasons, according to a GlobalData survey
National
10 months ago