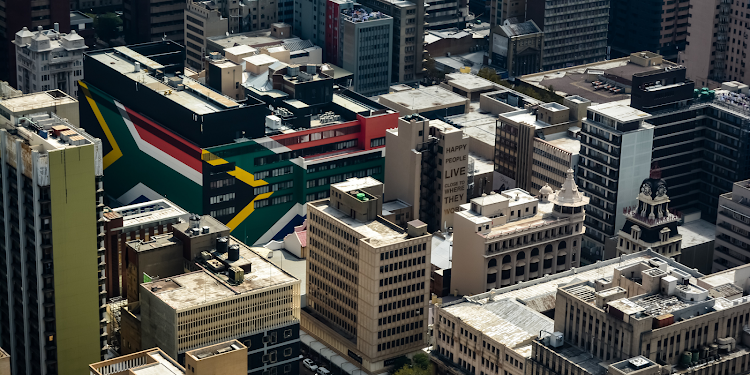 Leading economists will get to grips with the impact of the Covid-19 crisis on the SA economy. Picture: UNSPLASH/JACQUES NEL

The economic outlook for the second half of 2020 is not looking positive, which is likely to have an impact on investors. The SA economy is likely to continue to struggle.

The country entered the Covid-19 crisis in a precarious fiscal position with an economy that had been in a state of decline for several years. Given the length and severity of the lockdown — one of the harshest globally — it should be no surprise that the country’s GDP contracted so sharply in the second quarter of 2020. This came after three successive quarters of contraction and an average annual growth rate well below 1% over the past five years.

The consequences of this contraction will be lower tax collections, a ballooning budget deficit and limited options available to the government to finance this deficit. Despite several announcements that the government will kick-start economic growth with an investment in infrastructure spending, it is unlikely that in this environment it will be able to look to infrastructure spend as a mechanism to revive economic growth — unless it is prepared to implement structural reforms required to attract investment.

Business confidence is at an all-time low, which has a knock-on effect on investment. In recent months a number of companies have shelved plans for further investment in SA, including SAB, a division of AB InBev, which has halted a planned investment of about R5bn, partly due to the prolonged ban on alcohol sales.

Consol Glass has indefinitely suspended construction of a new glass manufacturing plant valued at R1.5bn, while Heineken has also shelved its investment plans, valued at just less than R1.5bn. It appears that the much-heralded business investment drive the president focused on during the first two years of his tenure has failed to translate into actual projects thus far.

Due to the inflexibility of the local labour market we probably have not yet seen the full extent of unemployment. More companies will probably be retrenching staff in the next months. SA’s unemployment is likely to be structural compared with the US experience, where unemployment spiked and then fell rapidly as labour were reabsorbed.

SA’s current fiscal position will be difficult to manage. The government lacks the means to stimulate and support the economy like more developed countries are doing. Many more businesses will thus fail, particularly those in the tourism, retail and hospitality sectors, which will not survive this period, further worsening unemployment figures.

Corporate earnings will continue to be under pressure. The JSE’s apparent post-Covid recovery has not been broad-based and has been dominated by Naspers and mining stocks. The rand price of gold, for instance, has been a huge advantage for gold miners. Domestic property, financials and SA industrial stocks are however on average down 40%-50% from their pre-Covid highs.

Unemployment figures will add additional pressure to the fiscus in terms of higher social welfare needs and less — and lower — contributions to personal income tax. A debt trap is no longer a risk but a reality for SA, which could lead to a sovereign debt crisis. Though the governing party has long had an ideological aversion to an IMF bailout as it would result in a loss of sovereignty, its options are becoming limited.

Given the current environment there is a very real risk that social pressure will increase due to the poor economic outlook. Not only is this likely to have political ramifications within the ANC, but it could also affect the broader political landscape.

Where does this leave investors? The strengthening of the rand should not necessarily be seen to be indicative of improvements in the local economy, but rather as an opportunity for investors to ensure that their portfolios are diversified at appropriate levels.

A global diversification strategy is key in this environment. While global markets are high we still believe there is a case for equities. Interest rates globally are expected to stay low for longer, particularly given the recent policy announcement by the US Federal Reserve. Stimulus measures will probably cause a rebound in global GDP, which will support investments in equity. That is not to say there won’t be volatility, especially with US elections around the corner and with a Brexit impasse back in focus.

Investors should be aware that market entry risk is a real issue given the current market levels.

There’s no denying that jobs need to be created and that ‘buy local’ is a good thing, but they aren’t going to happen by decree
Opinion
10 months ago

BUSI MAVUSO: SA has a plan, now it’s time to roll up our sleeves

BUSI MAVUSO: SA has a plan, now it’s time to roll up our sleeves