As when the Covid-19 pandemic unfolded, the variation in global forecasts two years out is wild, perhaps helping to keep implied levels of stock market volatility elevated 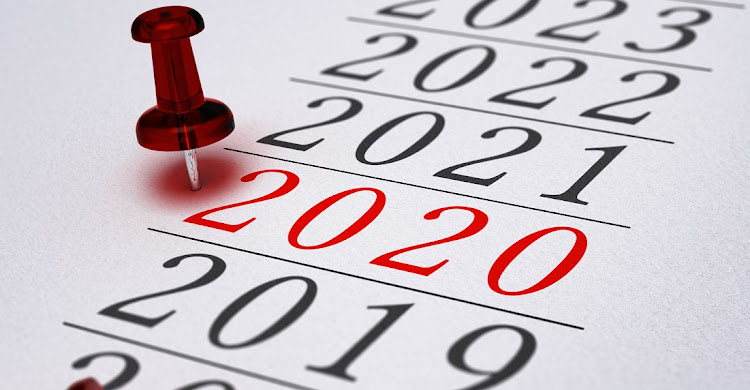 London — While most economic forecasters are still struggling to see to the end of 2020, a brave few are sticking their necks out and predicting a return to some semblance of normality in 2022.

Even assuming an end to the Covid-19 pandemic, the unknowables make such forecasts appear notional at best. But it is all longer-term investors have to hang their hats on for now.

As when the pandemic unfolded, the variation in global forecasts two years out is pretty wild, perhaps helping to keep implied levels of stock market volatility elevated.

In a Reuters poll published earlier in September, just a third of the 66 forecasters surveyed hazarded a guess at 2022.

While the world economy is likely to have recovered absolute pre-pandemic output levels by 2022, that consensus doesn't bode well for a return to robust growth. But with the gap between highest and lowest forecasts amounting to a difference of roughly $5-trillion dollars in output, the stakes are high.

The International Monetary Fund (IMF) and Organisation for Economic Co-operation and Development (OECD) see global activity contracting 3.0% and 4.5% respectively in 2020, with 5.8% and 5.0% bounce-backs in 2021.

But neither yet has an official figure for 2022.

HSBC economists Janet Henry and James Pomeroy took a shot at it this week, positing growth of just more than 3% in 2022 — a touch better than consensus and 2019. But they lace it with caveats.

“2022 is the year that the degree of economic scarring will start to become more visible,” they told clients.

“But we are acutely aware that the scale of that lasting damage will be heavily influenced by what happens in the next 6-12 months — particularly if there is a second hit to the economy from the pandemic or, worse still, it becomes apparent that there can be no permanent immunity.”

This prospect is far less discussed than second waves, they argue, and without a vaccine there could be both on-off movement restrictions and damage to public confidence for years to come.

But other imponderables could have big effects too.

Among these, the outcome of November’s White House race, Angela Merkel’s departure as German Chancellor in a year’s time, US Federal Reserve chair Jerome Powell’s reappointment early in 2022 and an uncertain post-Brexit trade arrangement between Britain and the EU in 2021.

“Risks are firmly to the downside,” HSBC concluded, adding they did not see the much-feared re-emergence of above-target inflation either side of the Atlantic on that horizon at least.

For all the upheavals, 2020 has been “less worse” than many initially feared and high-frequency economic surprise indices compiled by Citi for the major economies are all ending the third quarter firmly in positive territory.

Combined with the likelihood that both huge government debts accumulated to ease the pandemic and lingering overcapacity will keep borrowing rates near zero for many years, growth optimists make a strong, if tentative, case too.

While acknowledging the “cloud of uncertainty”, Deutsche Bank last week upped its 2021 world forecast, adding it would regain pre-pandemic output next year. It also land a punchy 4.2% growth rate for 2022, the fastest in a decade, excluding 2021's presumed bounceback.

It cited the huge monetary and fiscal policy response to the pandemic as the main reason for its upgrade — and also the likelihood it stays largely in place for many years to come.

Barclays too came in with an above-consensus 4.2% for 2022, with an air of relief in a report entitled “Better Than Feared”.

Even though the shocking death toll from the virus has now topped one-million, the more extreme fears of economic collapse have been avoided — despite obvious business and employment damage and a staggering residual bill to pay for the support.

And yet while 2022 forecasts may look and feel more normal, they will still be some distance from “square one”.

Though sharply upgraded, JPMorgan’s Joseph Lupton said his estimate of global corporate profits would still be about 5% below levels they would otherwise have been by the end of 2021, a cumulative earnings loss of 50% over the two years.

The doomsayers will be wrong again

Keep learning, evaluating and looking forward, because the world will keep changing
Opinion
11 months ago

When bad news is good news

From the earliest market crash recorded, the aftermath of each is normally accompanied by temporary remedies
Opinion
11 months ago

Health-care system has coped well, but we cannot afford to let down our guard
Opinion
1 year ago
Next Article