Additional R6.8bn in foreign exchange earnings and 2,250 jobs is predicted in next three years 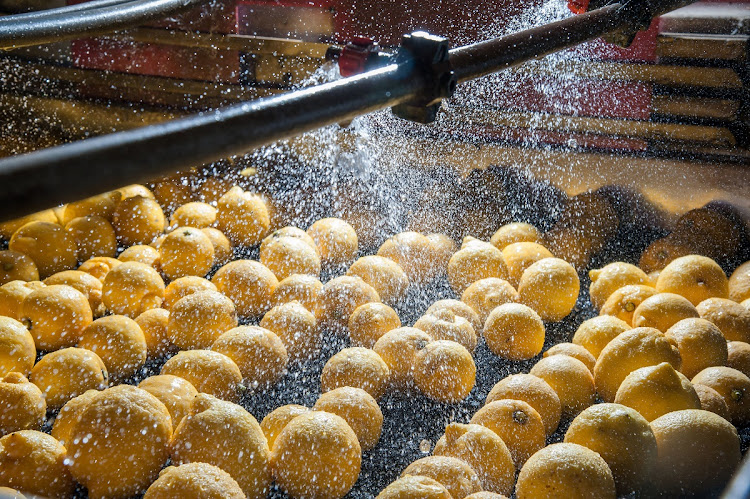 I was recently asked what 2-million tonnes of citrus (we expect to export just more than this amount in 2020) would look like if all the fruit was stacked together in one place.

An expert’s calculations reveal that it equals 9.6-billion pieces of fruit, which if strung in a single line would cover 720,000km, circling the earth almost 18 times or nearly reaching to the moon and back. If these pieces of fruit were placed on the ground it would cover an area of 7,500 football fields.

The citrus industry is expected to grow a further 500,000 tonnes in the next three to five years — an extra 1,875 football fields.

This will generate further export revenue and create more jobs in the industry. An additional R6.8bn in foreign exchange earnings and 2,250 sustainable jobs is predicted in growth projections for soft citrus, lemons and Valencias over the next three years.

However, if the industry fails to expand its access into overseas markets over the next few years there is the risk of an oversupply of the region’s exports, which would result in lower prices for our citrus. We have therefore identified the following markets, which we hope to gain, retain and optimise:

Much groundwork has already been done in many of these key markets and all that is required is the finalisation and signing of the necessary protocols to allow increased shipments into these countries.

The Citrus Growers’ Association of Southern Africa remains committed to working with the department, SA embassies and the various government authorities in these markets to get these agreements over the line ahead of the 2021 export season, so that our industry can increase its contribution towards job creation and inclusive growth in the country.

• Chadwick is CEO of the Citrus Growers’ Association of Southern Africa.

Generous rains would relieve farmers, but recovery will be slow
Business
11 months ago

The sector’s gross value-added expanded by 15.1% quarter on quarter on a seasonally adjusted and annualised basis
Opinion
1 year ago

SA is set to gain a slice of the Southeast Asian country's market, which imported about 117,000-tonnes of citrus between 2016 and 2018
National
1 year ago

The alcohol ban added to SA’s barley bounty, and the government needs to prioritise countries for export, such as China, amid strong competition
Opinion
1 year ago
Next Article