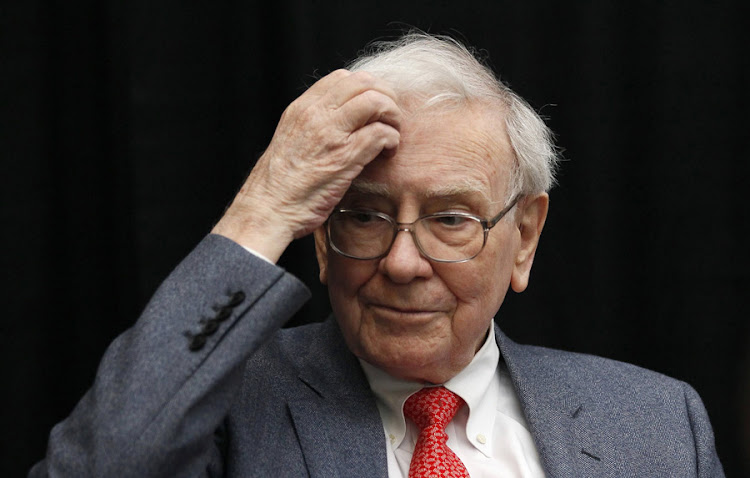 As investors fret over whether high-flying technology stocks are now too frothy, the recent volatility is not scaring away Warren Buffett’s Berkshire Hathaway — at least not when it comes to getting in on the ground floor of what may be one of the year’s most sought-after tech IPOs. Yes, you read that correctly.

Snowflake, a fast-growing cloud-software and data-warehousing company, filed an amended offering prospectus on Tuesday that revealed Berkshire will buy roughly $250m  of Snowflake shares at its IPO price and an additional 4-million shares from another stockholder. The two transactions add up to a roughly $600m overall stake in the company if it goes public at the assumed price of $80 per share, the midpoint of the $75 to $85 current range.

Snowflake said it plans to raise more than $2bn by selling 28-million shares in the public offering.

Don't let the icy name fool you: Snowflake is poised to be one of the hottest deals the industry has seen in a while. When the upstart first filed to go public in late August, the same week as six other technology unicorns, one of Bloomberg's columns noted at the time how the company stood out as the most promising of the bunch.

With its leadership position in cloud software and open-ended opportunities, it has the kind of profile and prospects investors like to see in a tech IPO. Snowflake’s revenue increased 121% in its most recent quarter, which was significantly higher than most of its public cloud peers. Further, its Best-of-breed offering in the data analytics market, which is in the early stages of moving to the cloud, points to many more quarters of robust growth ahead.

As promising as Snowflake may be, it’s unusual to see Berkshire’s involvement because Warren Buffett and IPO are two nouns that are not normally found in the same sentence.

“In 54 years, I don't think Berkshire's ever bought a new issue,” Buffett said in a CNBC interview last May. 'They don't even call us,” Charlie Munger, Buffett's longtime business partner, added.

(They were apparently forgetting Berkshire's participation in the 2018 offering of Brazilian digital-payments company StoneCo. But that's the only example that comes to mind.)

Moreover, Buffett's deal making doctrine has always been to stay away from companies and industries he does not understand. It's why, at least until recently, Big Tech was never big at Berkshire.

Most consider that to be one of Buffett's biggest career mistakes — largely missing out on the ascent of technology giants such as Apple, Amazon  and Microsoft.

As Bloomberg Opinion's Nir Kaissar noted last week, those three stocks alone were responsible for 25% of the gains over the past five years in indices that track the global market. Berkshire did not start building its now-$119bn Apple position until 2016; it bought into Amazon only in 2019, and Buffett has called himself an “idiot” for waiting so long. Neither of those bets were even directed by Buffett himself, instead owing to his investing deputies, Todd Combs and Ted Weschler.

It may be that Team Buffett does not  want to miss out on the next tech darling, and so it's taking a chance on Snowflake. It is likely whoever pulled the trigger at Berkshire was able to look beyond the company’s large losses — including its roughly $350m in red ink during its past fiscal year — and see Snowflake’s bright future.

Buffett turned 90 in August, and Munger is approaching 97. One thing that was clear at Berkshire's last in-person shareholder meeting, in 2019, was that it needs to do a better job courting the next generation of investors, who may have less fascination with Buffett than with tech pioneers such as Elon Musk and Jeff Bezos. And considering Tesla and Amazon's five-year return is more than 500%, compared with Berkshire's 63%, they'd be justified. But look out tech kings: new decade, new Buffett — and one, it appears, who is willing to let Berkshire go in new directions. Plus, he needs to spend that $147bn of cash somehow.

Listing could value IHS Holding at $7bn, but the number of shares and price range have not yet been decided
Companies
11 months ago

From builders to retailers, number of companies to hold offerings over next two weeks hits 2007 high
World
11 months ago
Next Article