ROBIN YOU: Tech cold war will hit global suppliers, but some locals could benefit

Producers in supply chains and consumers will be hard hit, while import substitution will benefit from rising nationalism 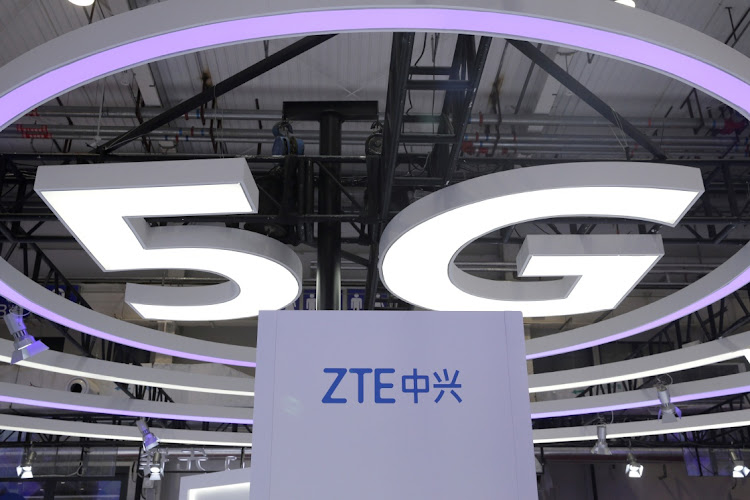 The logo for ZTE, a popular pick among South Korea's retail investors, and a sign for 5G at the World 5G Exhibition in Beijing, China. Picture: REUTERS/JASON LEE

These days it is hard to have a conversation about China without considering geopolitical risks. We are seeing a decoupling between China and the US on all fronts — Covid-19, geopolitics, trade and technology.

Hong Kong has historically been the financial hub connecting mainland China with global financial markets. China uses Hong Kong’s currency, equity and debt markets to attract foreign capital, while many international companies use it as a base to expand into mainland China.

Pro-democracy protests and a national security law have brought uncertainty to Hong Kong and increased tensions between the US and China. But Hong Kong’s economy as a proportion of China’s total GDP has fallen from 18% in 1997 to less than 3% today (reflecting astonishing growth on the mainland rather than the contraction of Hong Kong).

A recent survey suggested two thirds of Americans disapprove of China, making China an ideal target for both the Trump and Biden election playbooks. The rhetoric will likely intensify as the US election nears. A “technology cold war” is a major future risk for global investors. It might have far-reaching implications for industrial supply chains, technology companies and consumers everywhere.

Global supply chains have never been more integrated. For example, Tesla procures electric vehicle batteries from Korean and Japanese suppliers who import cobalt and graphite from China. Tesla then sells its final products globally. Can these supply chains be easily restructured? Given concerns over national security and supply chain reliability after Covid-19, some adjustments will take place, but we do not expect China to lose out in the process, as long as it continues to embrace globalisation and innovation.

The evolution of a supply chain is a natural process driven by various factors, such as cost efficiency, labour supply, supporting facilities or logistics to end-markets. Technological breakthroughs often require co-operation from everyone in the ecosystem. For instance, ASML, a Dutch semiconductor supplier, could not have made advances in manufacturing smaller components for smart devices without support from TSMC, a Taiwanese company. It can be difficult to quickly replace part of a supply chain without severe disruptions to all in the chain.

The US government recently announced that it will further tighten restrictions on Huawei, China’s leading telecoms equipment producer. No doubt this will pressure the company and its supply chain, but not to a full stop. Huawei has been adapting since tensions started two years ago. In addition to billions of dollars of annual R&D spend, they are working with domestic suppliers to develop substitute technology and products.

Take 5G base stations. Now 85% of the components are procured from or can be replaced by non-US (mostly Chinese domestic) suppliers. The remaining 15%, like the main controllers and the analogue-to-digital converters, will be replaced by a new generation of Huawei products. Some of these alternatives might not perform as well as the US comparables but they do the job. By the end of 2020 China’s 5G base stations will account for more than 70% of the worldwide total. It will become the second country after South Korea to cover all of its major cities with 5G networks.

US sanctions may extend to other Chinese tech companies. Internet giants such as Alibaba and Baidu buy graphic processing units from Nvidia to use in cloud computing and artificial intelligence technology. Alibaba says its AI-powered chatbot can already understand more than 90% of more than 3.5-million daily customer queries, even detecting a customer’s emotion and alerting human customer service agents to intervene. This progress will be affected if companies cannot source the most advanced chips.

US tech companies are no less affected by losing large sets of Chinese customers. More than 25% of Nvidia’s revenue comes from China. Without this, US companies may have to cut back R&D spending, which is critical to maintain their global leadership.

The consequences of a technology cold war are negative for Chinese companies that depend on foreign technologies, as well as their suppliers globally. It is also bad news for consumers everywhere. Duplicate efforts usually mean higher prices. But there are winners. Local consumer brands gain from rising nationalism and domestic substitution. Higher sales allow them to invest in R&D and catch up to foreign brands. Domestic substitution is also happening in the hi-tech industries.

Consumption upgrades, urbanisation, digitalisation and financial reforms will continue to be major growth drivers for the Chinese economy. None of these have changed; if anything, the Sino-US decoupling has accelerated reforms and technological independence in China.

• You is investment research analyst at RisCura in Hong Kong.

The immovable object (app store rules) meets the unstoppable force, a game so popular it can take on tech titans
Opinion
7 months ago

Namibian President Hage Geingob has turned down Germany’s offer of $11.7m in reparations for the genocide committed by the German empire
News & Fox
7 months ago