After the law was adopted, Western media carried numerous reports full of misinterpretation, and even distortions 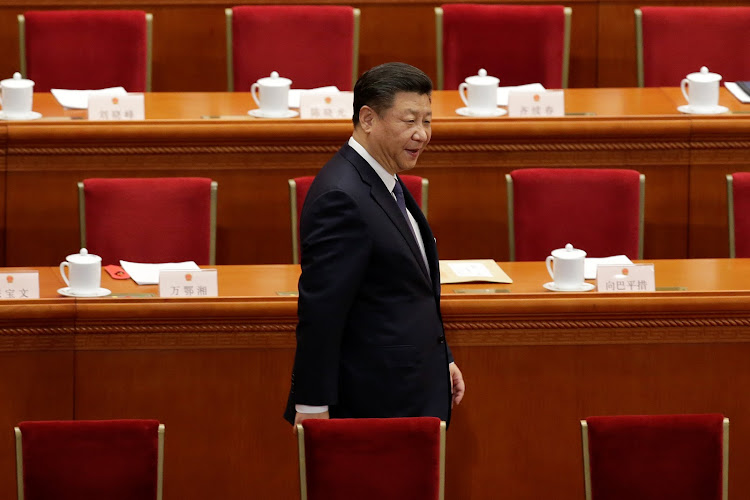 On June 30, one day before the 23rd anniversary of Hong Kong’s return to China, the standing committee of the National People’s Congress (NPC) adopted the Law of the People’s Republic of China on Safeguarding National Security in Hong Kong Special Administrative Region (KHSAR). This law is now added to the list of laws in annex III of the basic law. It will be applied by promulgation in HKSAR.

This law is an important milestone and a powerful support for the steady and sustained implementation of “one country, two systems”, which safeguards the rights and freedoms of Hong Kong residents.

After the law was adopted, Western media carried numerous reports and comments full of misinterpretation, misunderstanding and even distortion. Even a small discrepancy will lead to a great error. Malicious lies will, still worse, result in huge misconception and misunderstanding.

Below are the four things you need to know about the  HKSAR:

1. Will the legislation undermine the human rights and basic freedoms of Hong Kong residents, and does it violate the [UN] International Covenant on Civil and Political Rights?

The HKSAR clearly stipulates that human rights shall be respected and protected in safeguarding national security. Rights and freedoms, including freedoms of speech, of the press, of publication, of association, of assembly, of procession and of demonstration, which the residents of the region enjoy under the basic law of the HKSAR, and the provisions of the International Covenant on Civil and Political Rights and the [UN] International Covenant on Economic, Social and Cultural Rights as applied to Hong Kong, shall be protected in accordance with the law.

The legislation only targets four types of offences, namely secession, subversion, terrorist activities and collusion with a foreign country or with external elements to endanger national security. It is designed to deter and sanction a small minority in Hong Kong that are involved in offences seriously jeopardising national security. It aims to protect the great majority of law-abiding Hong Kong residents, and safeguard their safety and lawful rights and freedoms.

It is spelled out in the constitutions of more than 100 countries that the exercise of basic rights and freedoms shall not endanger national security. The International Covenant on Civil and Political Rights makes it clear that freedoms of religious belief, expression and peaceful assembly, the right to public trial and other rights may be subject to restrictions that are necessary to protect national security, public order, and so on. There are similar provisions in the European Convention on Human Rights.

2. Will the legislation include vaguely defined offences, and be abused by China’s national security authorities to oppress people?

The legislation only targets four types of offences that seriously jeopardise national security, far fewer than the dozens of crimes involving national security listed in countries such as the US and the UK.

The legislation sets clear limits on related law enforcement activities. It requires that all law enforcement efforts be conducted in strict accordance with legal provisions and statutory mandates and procedures, without prejudice to the lawful rights and interests of any individual or organisation.

It also provides that the office for safeguarding national security of the central people’s government in the HKSAR shall perform its mandate in strict compliance with the law and be subject to supervision in accordance with the law. The staff of the office shall abide by the laws of the HKSAR as well as national laws.

3. Will the legislation violate China’s commitments and obligations under the Sino-British joint declaration?

The legal basis for the Chinese government to govern Hong Kong is the Chinese constitution and the basic law of the HKSAR. The Sino-British joint declaration is not relevant in this regard. As China resumed the exercise of sovereignty over Hong Kong in 1997, all provisions concerning the UK under the joint declaration had been fulfilled. The UK has no sovereignty, jurisdiction or “right of supervision” over Hong Kong after its return.

The basic policies regarding Hong Kong stated by China in the joint declaration are not commitments to the UK, but China’s declaration of its policies, which have since been fully embodied in the basic law enacted by the NPC. These policies have not changed; they will continue to be upheld by China.

The UK applied the Treason Act to Hong Kong with specialised enforcement agencies during its colonial rule, but now it is making groundless accusations against the legislation on safeguarding national security in Hong Kong enacted by China’s central authorities. This is pure double standards.

4. Does the legislation mark the end of one country, owo systems and deprive Hong Kong of its high degree of autonomy?

The NPC decision made it clear, from the very beginning, that the state resolutely, fully and faithfully implements the policy of one country, two systems under which Hong Kong people administer Hong Kong with a high degree of autonomy. This commitment was reaffirmed in article 1 of the legislation on safeguarding national security in Hong Kong. The goal of this legislation is to close the critical loophole in national security in Hong Kong, cement the foundation of one country, and provide maximum safeguard for Hong Kong to harness the strengths of two systems on the basis of upholding one country.

The enacted legislation will not affect the rights and freedoms enjoyed by Hong Kong residents under the law. It will not affect the HKSAR’s independent judicial power, including that of final adjudication. There will be no change to the policy of one country, two systems, the capitalist system, the high degree of autonomy, or the legal system of the HKSAR.

• Zhongdong is consul general of China in Johannesburg.

CHINA DAILY: US will violate rules by labelling Hong Kong goods as made in China

Washington intends to ignore Hong Kong’s status as a separate customs territory, which would result in the same high tariffs as mainland goods
Opinion
8 months ago

GIDEON RACHMAN: Why Hong Kong cannot be another Singapore

Singapore relies on the good will of the outside world, while Hong Kong is a part of China
Opinion
9 months ago

When Jimmy Lai and others were arrested, Hong Kong CEO Carrie Lam offered room for a presumption of innocence —China effectively declared them all ...
World
8 months ago

China ‘may target’ US journalists in Hong Kong